Why are game shows so very comforting? Perhaps some of the reasons are aesthetic: the hypnotically repetitive theme songs, the pleasantly avuncular hosts with their corny jokes and catchphrases, the ritualistic evocation of The Board or The Wheel or whatever technical apparatus serves as the focal gimmick of the program in question. But I think that they are also comforting for ideological reasons in that they represent a tiny slice of the most idealized (or perhaps the most naïve) version of the American dream. Most classic game shows like Jeopardy! or Wheel of Fortune revolve around ordinary people being rewarded for performing ordinary feats, provided that they can supplement their abilities with a little bit of moxy and a little bit of luck. All the while, the hosts, unlike the bosses and managers that permeate our working lives, are cheering them on, eager to compensate the contestants lavishly, crossing their fingers in hopes of awarding the biggest, most exciting prizes instead of looking for excuses to undercut them or to set them squabbling amongst their fellows for scraps. And so, to viewers, although the likelihood of ever setting foot on a game show stage feels vanishingly slim, we continue to turn in week after week just to experience vicariously the joy of being plucked out of the crowd and given the chance to succeed on our own merits, absent the corrupting influences of office politics or the constantly looming threat of impending layoffs or the heavy, burdensome gaze of a micromanaging administration bent on achieving efficiency above all else. 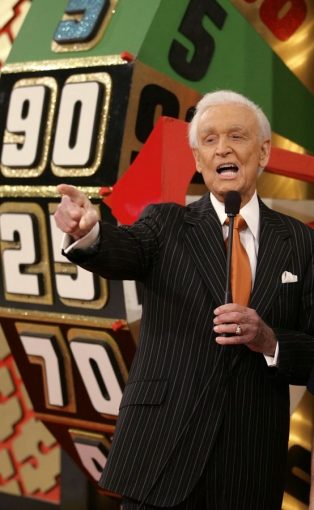 I argue that this evocation of the spirit of fairness and justice lies at the core of the popularity of the television game show. As such, game show scandals, of which there have been plenty since the origins of the genre in the 1930s, arouse conflicting emotions in us, depending on the source of the scandal. Some, like the controversial attempt by the producers of The $64,000 Question to rig the game against female contestant Joyce Brothers in 1955 by sabotaging her with extra difficult questions (which, much to their chagrin, she was able to answer, becoming the first woman in the show’s history to win its titular ultimate cash prize) or the intentional scripting of outcomes on shows like Twenty-One and Dotto in the late 50s, raised the ire of viewers by stripping away a bit of the illusion of meritocracy that made these programs so popular in the first place.

Others, like the infamous case of the contestant on Press Your Luck who, with the help of a VCR, memorized the supposedly random pattern of turn-ending “Whammies” to take home a record $110,237 in prizes, surprise and delight us with their cleverness and their willingness to go the extra mile to beat the house fair and square. 2017’s Perfect Bid: The Contestant Who Knew Too Much (Wallis), on the other hand, goes one step further, profiling a man who spent years cracking The Price is Right only to use his knowledge in service of his fellow contestants.

Ted Slauson is the perfect mix of studious geek and savant who just wants to see someone take home a big prize, even if it isn’t him. He obviously has a genuine affection for the show and he proudly shows off his home-made study tools (a database-turned-computer game complete with the show’s signature 70s fonts and cheesy sound effects).   Even more surprisingly, the folks working behind the scenes on the show seemingly have a genuine affection for him, even after he helped a Showcase Showdown contestant make a “guess” that turned out to be correct down to the exact dollar. Producer Roger Dobkowitz and long-time host Bob Barker both show up for interviews where they remember this good-natured pest as a loyal friend and true, thus further cementing the idea that these people are on the little guy’s side after all.

In other words, not unlike the game show that it chronicles, watching The Perfect Bid feels a lot like staring at the poster in the office featuring a kitten telling you to just “hang in there.” It is a bit of feel-good fluff that disintegrates if you think about it too hard but that provides you with a sense of pleasant hopefulness in the meantime. Just make sure that, if you are going to watch it, you budget an extra hour or so for the Price is Right-themed YouTube rabbit hole that you will inevitably fall down as soon as the credits roll.

Jeopardy, Perfect Bid: The Contestant Who Knew Too Much, The Price is Right, Wheel of Fortune

The Not So Sweet Story of The Bradford Candy Scandal