When Resident Evil: Outbreak came onto the scene in 2003 – roughly a year after the remake of the original Resident Evil – feelings were a bit mixed. By which I mean most people hated it. The idea of playing through the events of the Raccoon City outbreak, co-operatively, with friends, was super exciting but the reaction to the finished product was not favorable due to a laundry list of issues. Here’s the thing: Despite its flaws, Resident Evil: Outbreak was actually quite good. And dare I say, ahead of its time.

To reiterate: The year was 2003. Online console gaming was barely a thing, and even then it often required buying entirely new hardware add-ons in order to make it a thing. High speed internet was only just starting to become a thing, and even then it was hovering between dial-up modem speeds and the much faster (so long as you aren’t using Time Warner, Comcast or Verizon, anyway) speeds we’re used to today. Only a handful of mass market console games were trying to make use of online play. Point is, yeah there was lag and stability issues were common, but given the time period it’s not really something we can entirely blame the game for.

Most of the complaints revolved around the online functionality as well. You can’t pause the game; characters have much more limited inventory space, save for Yoko because of her backpack; character models clip through each other when crawling through gaps or on ladders; no voice chat; only four different scenarios/maps to choose from in the first game (with another 4 in Outbreak: File 2). The thing is, I call BS on pretty much all of that. 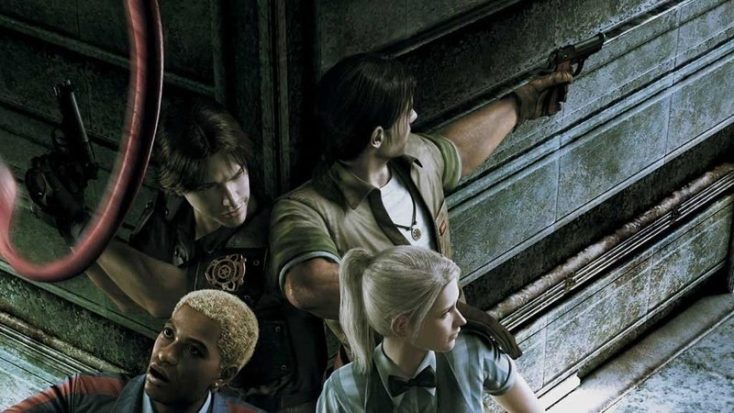 True, the game can’t be paused, but how could it if you’re playing online? And people seemed a lot less bothered by Demon’s Souls’ (and all the subsequent Dark Souls games) lack of a pause feature when it came out about 6 years later. Yes, inventory space was far more limited but you could put items down on the ground to make space or combine something you pick up with something already in your inventory, which was similar to a feature used in the previous year’s Resident Evil 0 and something we wouldn’t see in a mainline game petty much until Resident Evil 7 brought back the “combine something you pick up with something you already have” feature in 2017. 14 years later.

On the topic of Yoko’s backpack, yes she could carry more stuff, but you know what else was cool? Each character had their own innate abilities that gave them an advantage in certain situations. Alyssa could pick locks, Cindy began a game with healing items, David could create additional melee weapons, Kevin could kick zombies away for limited crowd control, and so on. Not only did this make it easier for players to find a character that fit their preferred play style (I always went with Kevin because that kick was a literal life-saver), but it also meant that the way you approached the different scenarios could vary a fair bit depending on who was in your group. And of course, sure the scenarios were limited but 1) Playstation 2 so space was limited and 2) every scenario had more than one way to go from start to finish.

Model clipping? Well I mean yeah it kills the immersion but think about it. If you’re playing online with random people you don’t really want someone to be able to block the one ladder everybody needs in order to progress, do you? I’d gladly take a little visual jank if it makes trolling more difficult. I will admit the lack of voice chat could make things complicated, though. I know it was meant to help with immersion and prevent a bunch of toxic word garbage from ruining everyone’s good time, but simple gesture commands didn’t always cut it when people needed to coordinate. 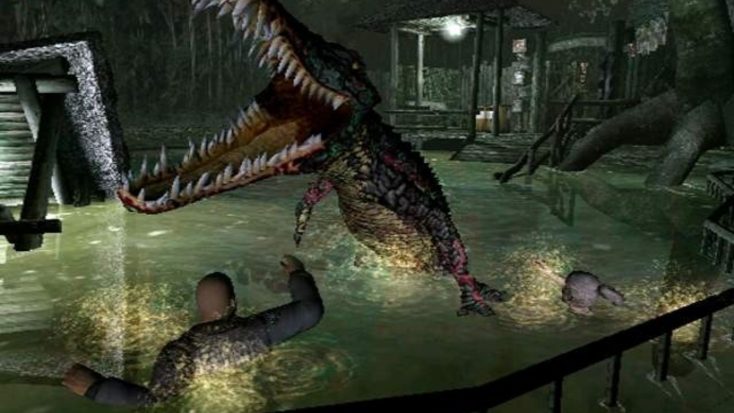 Oh, and one other thing I neglected to mention: Outbreak has, hands down, the best music in the entire series to date. I don’t care what game you might think has the best music. I guarantee you it doesn’t top “Biohazard Outbreak Main Title Theme,” “3rd Time’s the Charm”, or “The Extermination.”

Honestly though, so many of the gripes people had back in 2003 are things we’ve all come to accept and even expect from online play these days. I guess the world just wasn’t ready for it yet. But you know what? With the recent release of the Resident Evil 2 remake and Capcom’s previous efforts are far, far shittier online co-op franchise entries, I think the time is ripe for another Outbreak. Or maybe a revival?