Not how you would expect a review of New Japan Pro Wrestling’s Wrestle Kingdom 13 to start, but Nobodies Watching Wrestling has never been about sticking to the rules. The Nobodies are Ariel Italic, Lady Bearica Andrews, and DJ Accident Report, who have been filtering their wrestling commentary through the lens of the New York drag scene for close to two years and in the process have built up a following of wrestling fans starved for a different perspective on the squared circle. According to Ariel, “People were hungrier for a new voice in the crowd than they realized. Our show targets the people who don’t want to hear the same wrestling commentary everyone else provides.”

The group aren’t all lifelong fans, Accident Report having introduced Ariel and Bearica to WWE Raw five years ago as a way to kill time waiting for RuPaul’s Drag Race to start on Monday nights. “I started to have wrestlers I enjoyed, and it became a part of my life even though I hadn’t quite expected that to be the case,” Ariel says. When the WWE Network took off, Accident Report began having friends over to watch the monthly pay-per-view events, including Ariel, Bearica and Two Minutes to Late Night host Gwarsenio Hall, and it was Hall who planted the idea that they should start a YouTube series. According to Accident Report, “He was kind of enamored with a group of queers and drag queens watching wrestling in a very gay way, and so he asked ‘Can I film you guys talking about this?’” Hall showed up with multiple cameras and microphones, and the resulting popularity caught all three of them off guard.

“I thought we would do one episode, it would be blissfully ignored and we could go  about our lives never having to speak of it again, and I was very wrong,” say Ariel.

While Accident Report says, “We were doing shows for two years before this for an audience of maybe three people for very long stretches of time, so when that first video got 30,000 views it was like nothing we’d ever experienced before.” 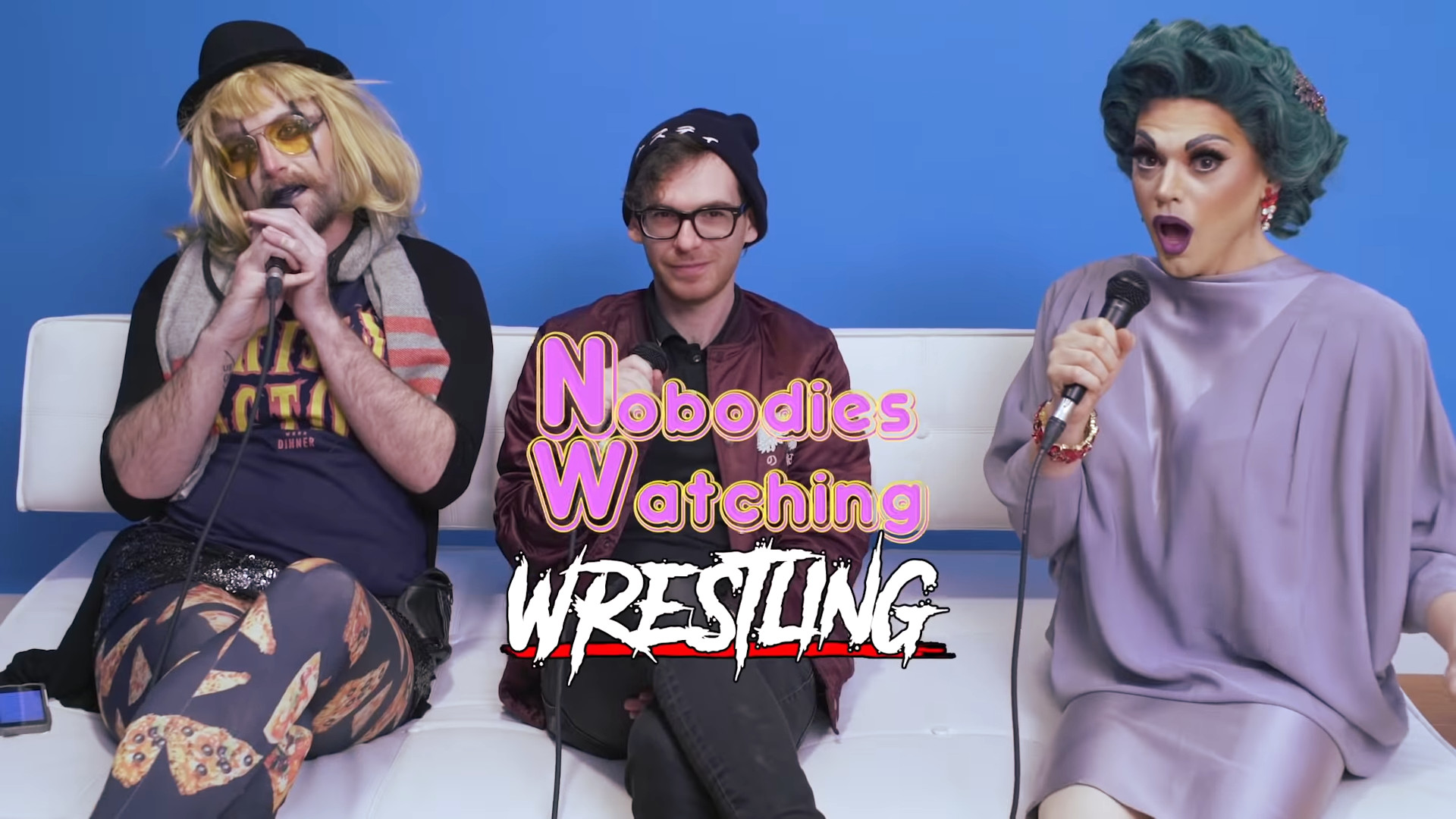 Their popularity positions them as crossover stars of sorts. While their wrestling shows don’t draw a drag audience, what they have noticed is that more wrestling fans are coming to see their drag shows. “There are incredible amounts of similarity between drag and wrestling, but the main different is that drag predominantly concerns itself with femininity and wrestling concerns itself with masculinity,” says Accident Report, who also points out that their show provides a gay-friendly voice in an industry that has largely not been gay-friendly, “We have these fans, some of whom are very young, who said ‘We didn’t feel safe watching wrestling before because we thought it was the area of super-masculine dudes, and you’ve given us permission to feel OK about this.’”

Coming off last month’s Royal Rumble, where former WWE Raw Women’s Champion Nia Jax entered the men’s Royal Rumble match and took finishers from Dolph Ziggler, Rey Mysterio and Randy Orton, the inevitable question to ask was if WWE was ready or capable of handling intergender wrestling. The Nobodies seem a little reluctant to trust WWE with how it would handle this going forward. Ariel points out that she “has an inherent distrust of Vince McMahon,” but that “this will probably be more of an infrequent gimmick than a full-fledged launch.”

Bearica compares Nia Jax’s appearance at the Royal Rumble to Gia Gunn’s appearance on RuPaul’s Drag Race All Stars last year: “RuPaul did an interview where she said she wouldn’t cast a trans queen and it kind of blew up from there. They just wanted a trans queen on the show so people would stop talking.” 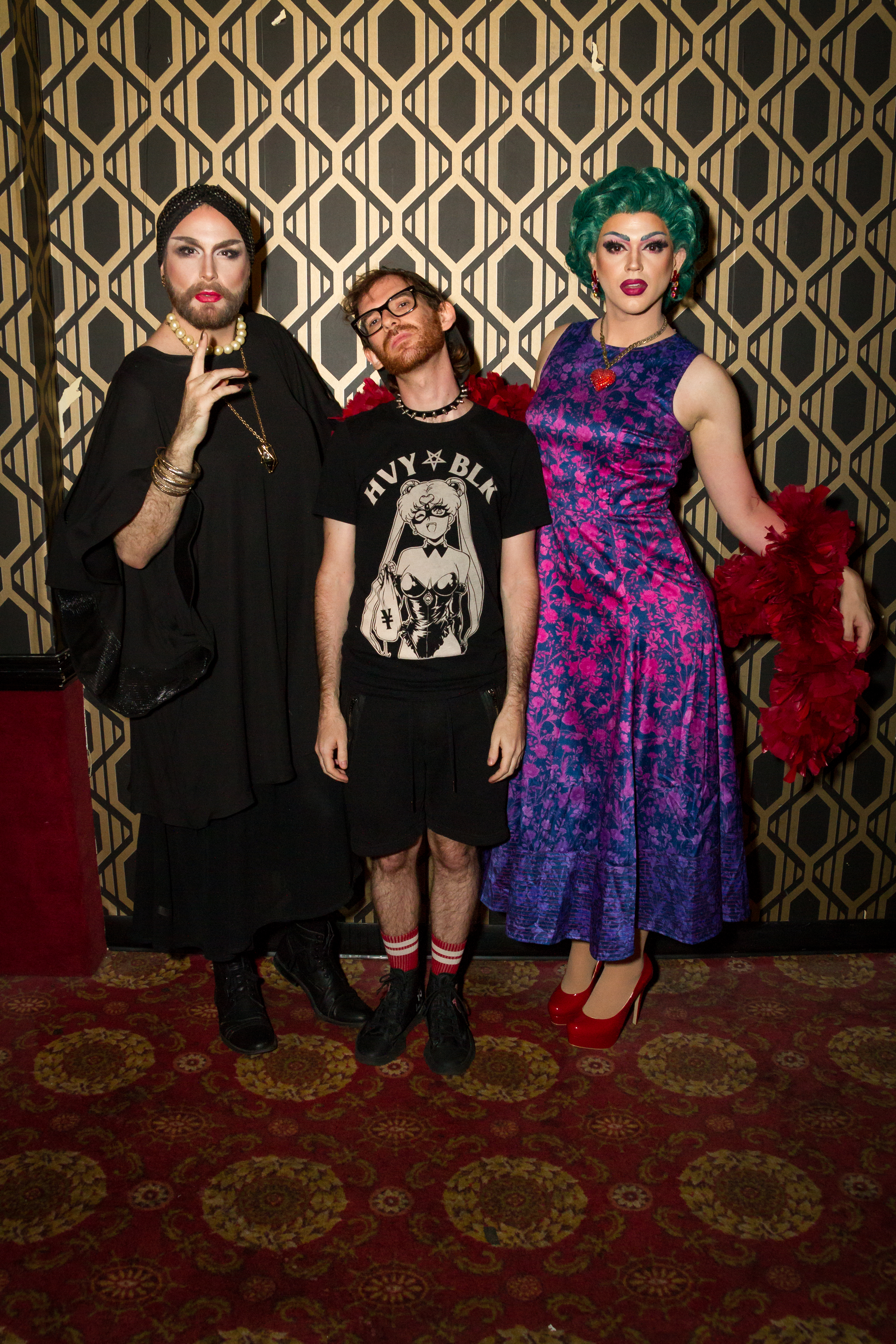 Accident Report elaborates that “it feels like Vince and RuPaul both said ‘I see that there is controversy, I will address it with this stunt, and I’m done.’”

Accident Report is even less confident. “The question with WWE is always ‘Can they do even the things they already do convincingly?’ and the answer is ‘Well, not really…,’ so what makes you think they’d be able to handle this slightly edgy thing convincingly?”

The Nobodies’ popularity as wrestling commentators has also lead to them getting involved with “Boy Diva” Rick Cataldo’s A Matter of Pride promotion, dedicated to showcasing LGBTQ performers and their allies, such as recent AEW signee Sonny Kiss. Bearica and Ariel appeared in an arm wrestling exhibition as part of their October card, and both have described the experience as an overwhelmingly positive one.

“I love it because it gives me so much energy,” says Bearica.

“It’s a fun promotion,” say Ariel. “I appreciate their queer-centric booking, and the atmosphere s so incredibly positive. Especially coming from a drag scene where backstage can often be fraught with drama, they were all really connected, positive and supporting.”

With WrestleMania around the corner, and with thousands of wrestling fans descending on New York, the Nobodies have several irons in the fire. They announced a WrestleMania viewing party in Brooklyn this week, and are also organizing the Gay Young Classic, a lip-sync tournament as a companion to TasselMania 3, a wrestling-themed burlesque show in Manhattan the night before WrestleMania. I think they’ll get more than three people for their shows this time.

The Nobodies publish Nobodies Watching Wrestling on YouTube after most WWE pay-per-view events, along with podcasts and bonus episodes. Support their Patreon for more content.