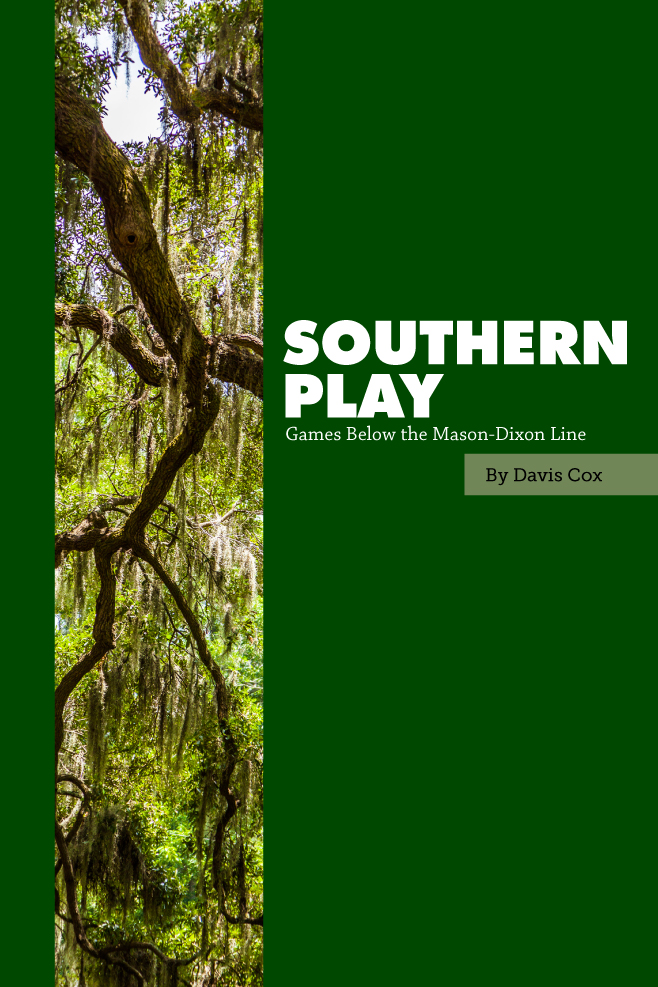 Games can take us to far-flung galaxies, undead kingdoms or the chrome and glass towers of the future. They don’t often take us to our own backyards.

In a medium devoted to power fantasies, being reminded of your hometown – and all of the day-to-day tedium that comes with it – isn’t ideal for kicking back and having a good time. When you live in the southern U.S., home to some of the poorest parts of the country, not to mention a current hotbed of literal fucking Nazis, being reminded of economic and social stressors puts a damper on any recreational activity.

Usually reserved for cornpone jokes about country music and pickup trucks, the current era of rural southern America hasn’t quite gotten its proper due in media. Authors like Faulkner or Flannery O’Connor or playwrights like Tennessee Williams brought midcentury small towns to life in seminal Southern Gothic works, but how are storytellers showing modern rural America in modern mediums?

A better question: Is it even a place we want to remind ourselves of?

I was born in Virginia and spent the better part of my childhood growing up in suburban Texas, with frequent trips to see family in Kentucky. I went to college in Tennessee and, after nearly a decade in NYC, recently escaped to Los Angeles following a brief stint back in the Volunteer State. I’ve learned to both love and loathe my home state(s) with equal fervor: anybody can wax poetic about “Southern charm” and other verbiage likely to appear on a Cracker Barrel menu, but I’m being earnest when I say that I miss the friendly, homespun nature of the South. Barbecue and biscuits suck everywhere else.

I’ve also watched, as we all have, in horror the past few months at the outspoken hatred that has crawled out of the shadows and into the public square in Virginia, South Carolina and elsewhere. This hatred has been here for decades, if not centuries. I worry not just about how long it’s existed, but how long it will still be there, its roots running too deep to wave away with excuses of “that’s just how their generation were” or that “they didn’t really mean that.” New generations of bigots are taking up the mantle of their forebearers.

It’s easy, especially for those living elsewhere in the country, to believe the South is beyond saving. That there’s little of value to be found in those vast patches of flyover country inhabited solely by small-minded rednecks.

I’m not going to deny the rednecks (and the bigots and the racists and the homophobes) are still there, but to paint such a huge swath of the country with a broad brush ignores the efforts of those working to redeem what it means to be a Southern American, however they can.

A low-key Americana rebirth is quietly developing in the corners of the gaming industry, with titles like The Flame in the Flood or Where the Water Tastes Like Wine playing in the realm of 1900s folklore, but it’s titles like Kentucky Route Zero and the upcoming interactive narrative Southern Monsters that work to show the more modern side of rural life…

Davis Cox is a writer who lives in LA, used to live in Tennessee and in NYC before that. He doesn’t really like pork rinds. You can find him on Twitter at @dontstaylong.

Destiny 2 Made Me Love the Grind

Killer 7: An Excerpt from Heterotopias Issue 003