The day starts early for the elderly Tikvah. At the crack of dawn, she’s already up and about, treading slowly towards her beloved goats. She always starts her day by giving them a light scratch on their chins, at that spot just right behind their beards. Hearing them bleat blissfully reminded her that she didn’t make the wrong decision staying behind at the farm, even when her family, friends and community have left for the city. Then, she gets set to making cheese, watering her plants, and collecting eggs from her chicken coop. When an old peddler makes his rounds, she trades her cheese for bales of hay for her goats. And when the day’s chores are done, she retires to her hut.

Life does feel this idyllic in Where The Goats Are, a pay-as-you-want farm simulator featuring an elderly lady instead of a sprightly young lad. But as the days pass, you may catch glimpses of the goings-on outside of the farm through letters from family and close friends.

They sound like scenes from the industrial era. Their experiences are filled with stories of towering, metallic factories and their toxic fumes; of colossal offices with endless rows of cubicles and paper work waiting to be done; and of the hectic pace of life in the city. There are also murmurs of an impending doomsday—one that just seem rather unimaginable to Tikvah. She continues toiling daily, slipping into the meditative rhythm of her labour. How can these changes possibly affect an old lady living miles away from the city, who is content just tending to her own farm?

But it can. The game soon reveals that Tikvah is not immune to the horrors of the outside world. For the most part, her laboring remains pastoral and peaceful. There isn’t much to do aside from churning cheese and trading; initially, I wanted to turn Tikvah into a Goat Cheese Tycoon™, but found greater joy in her routine of work and sleep. This sense of tranquillity, however, is starkly juxtaposed with the bleak reality of the letters she’s receiving. Eventually, ominous signs start to make their appearances. Her supply of water runs out. Her chickens go missing. And ravens start flocking to her home. 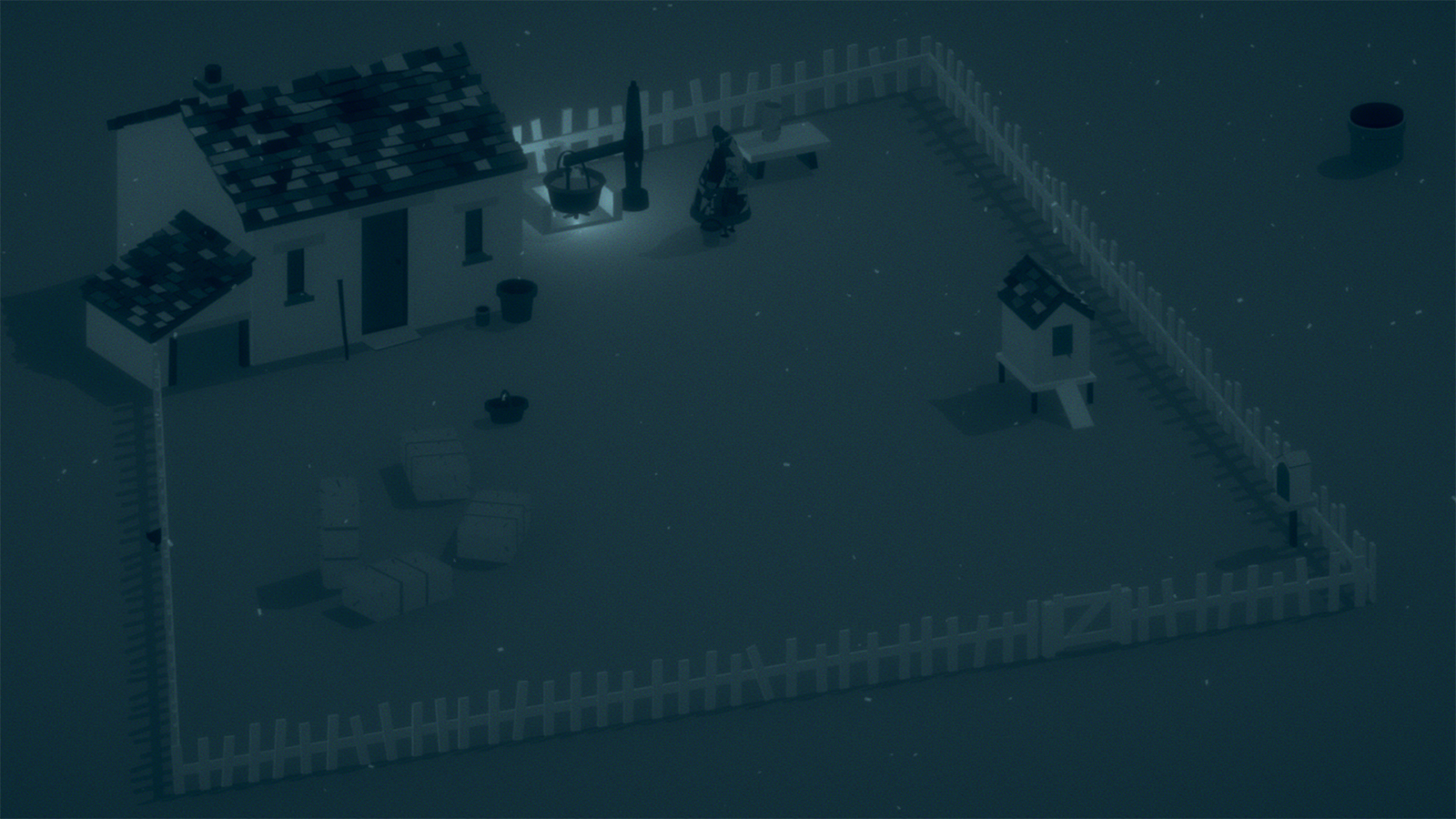 While the doomsday scenario may seem supernatural, it felt more representative of industrialization’s impact on small farms and the environment. In real life, the soaring demand for factory workers has caused many folks to move from rural areas to concentrated cities, in hopes of a better life. This growing population has led to greater environmental stress in these places. Meanwhile, manufacturing plants and factory wastes also produce soil contamination, which affects the livelihood of farmers. And farms today are bigger and fewer—at least in America—with a few big brands dominating agriculture in the country.

But instead of showing scenes of polluted airs and muddied streams, like many environmentalists’ videos are wont to do, Where The Goats Are makes players care by putting something they have grown to love at stake: Tikvah’s farm. What happens to Tikvah’s farm eventually is nothing short of foreboding.

And yet I envision Tikvah spending her last days in warmth and comfort, surrounded by her goats and loved ones. It’s too heart-wrenching to imagine otherwise.

indie games, Memory of god, Where The Goats Are

Choir of the Mind, ASMR of the Soul