The PAX East show floor is home to a wide assortment of games- it’s where the latest offerings from Nintendo and Bethesda can share a space with artsy puzzlers created by individuals working out of their bedrooms. Though they share the floor, not all floor space is created equal- some areas receive significantly more traffic than others. A hierarchy of sorts exists between the differently sized publishers and developers.

At the top of the food chain are the big studios and companies- their booths attract the most people thanks to their strategic placement, tremendous scale, and the fact that the games being shown off there are often from a franchise- in 2017, Bethesda was showing off the hotly-anticipated Quake Champions, which drew plenty of players.

A bit beneath the AAA developers are the mid-sized publishers; tinyBuild for instance, has a pretty substantial presence at the show, and their booth offers enormous visibility for the games showcased within, which tended towards being more unusual than the AAA offerings- for instance, they showed off the game Hello Neighbor, an upcoming stealth game about sneaking into a neighbor’s house to figure out what he’s doing in his basement.

Beneath these medium sized publishers, there are the indie developers and the small publishers. There tends to be the greatest variety of games among the indies (though there’s a bit of an overabundance of platformers). These games from smaller developers often have minimal marketing budgets; they live and die based on how well they stand out from the crowd. Indie devs aren’t without recourse, however, as there exists a support network for these smaller producer: the Indie Megabooth. A major part of the PAX East show floor, the Indie Megabooth is a carefully curated, hand-picked collection of games. In 2017, the Megabooth was composed of 54 booths, 75 video games and ten board/card games in a dedicated tabletop area. Thanks to the Megabooth, a substantial number of indie games receive more attention from players and coverage from gaming outlets than if they hadn’t been organized. 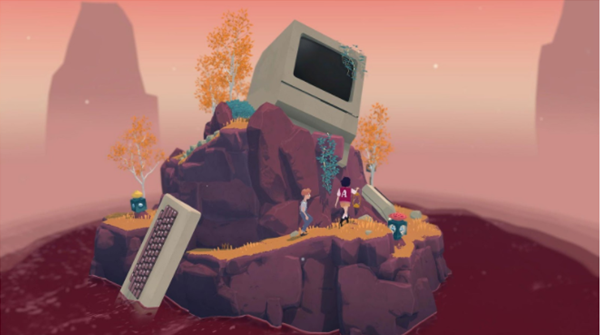 The Megabooth included such games as the satirical The American Dream, a VR game set in an idyllic 1950s America in which guns are used to solve everyday problems- right next to The American Dream was Graceful Explosion Machine, a candy-colored shmup currently in development for the Nintendo Switch. A mere few booths away from these two was the game The Gardens Between, a slow-paced nostalgia-driven adventure game about the memories of a childhood friendship. There is undeniably a wide variety of games in the Megabooth.

Let’s not forget, however, that there are other indie games outside the Megabooth- indie games on the periphery of the show, struggling to be noticed. Naturally, there are only so many games that can be featured in a showcase- the Megabooth has become a brand of sorts- is it an exclusive clique? Is being included in the Megabooth some some golden seal of quality that guarantees a game will be great? Are developers feeling pressure to make a certain sort of game from a thematic or aesthetic standpoint in order to become part of the Megabooth? These questions in mind, I hit the PAX East show floor and spoke with any developer willing to talk.

What the Developers Said

“I guess it’s a mixture of everything- how unique are you? How interesting? How different?” So said Rand Miller, creator of Myst, when asked his thoughts on what it takes to get into the Megabooth. Miller was showing off Obduction, a sci-fi adventure game that felt much like an old-fashioned adventure retooled with some modern trappings for virtual reality. 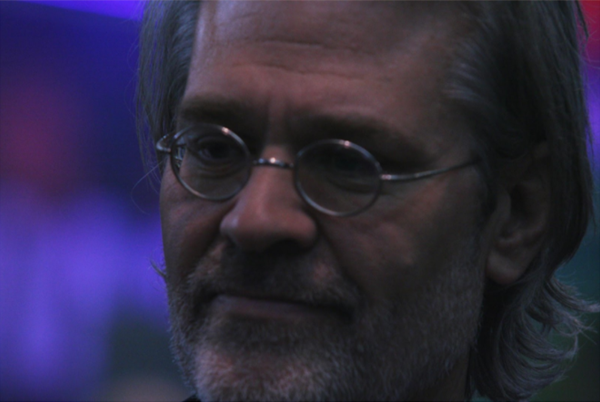 Though Mr. Miller is an industry veteran, it seems that other developers shared his sentiments- that the Megabooth was helpful and full of great games, but how they wound up there wasn’t entirely clear.

“To get into the Megabooth, you really need to have a really strong… Presentation. I think that’s the most important thing. You can be a large team, and get lots of specialists, and be really good at your individual things, and every part of your game is going to be beautiful, but there are solo indies in the Megabooth- and particularly in the Minibooth- and they’re just as good. The mechanics and the core gameplay, it might not look as glossy as some of the larger indies, but budget and time aside, there’s no real difference.”

“There’s no pressure to make a certain sort of game for the Megabooth?”

“No, I didn’t get that impression at all.”

From the way that things were shaping up, a few things became clear: the Indie Megabooth brand was respected by developers, most developers didn’t feel pressured to make a game pander to thematically or stylistically for inclusion in the Megabooth, and in general, Megabooth inclusion was a mark of quality.

As I walked away from the show floor, I met a team of developers who going in the other direction- in more ways than one.

Indie studio Blue Drop Games is currently working on top-down brawler B.C.E., a game about cavemen fighting each other; their game was rejected from the Megabooth, but this rejection didn’t keep them away from PAX East. Instead of buying space on the show floor, they built a mobile arcade cabinet- small enough to be considered a cosplay, they managed to bring it into PAX, where it served as a demo station for their game. It was, quite possibly, the most impressive guerrilla marketing ever to hit PAX East. 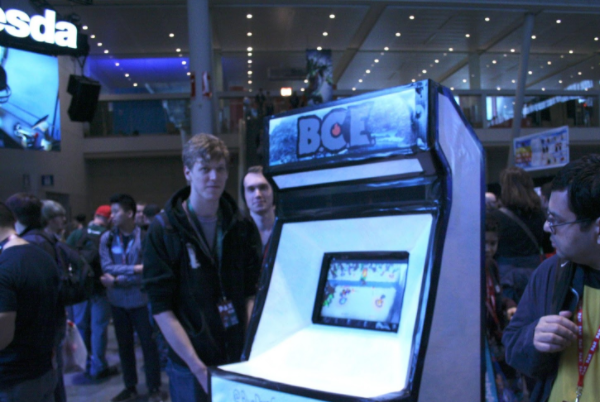 We stood and spoke briefly, doing our best not to interrupt the flow of people through the show floor- naturally, I asked if they thought that getting into the Megabooth called for a specific style of game.

“I don’t necessarily think it has to conform to a certain sort of game,” said Conor Golden, “but they are looking for something that has a really cohesive art style, and I think we were lacking one when we submitted in November- we weren’t there.”

After the show, I got into contact with Blue Drop Games for a follow-up interview.

“With the current state of the industry, being a VR game does elevate your status possibly into getting into the Megabooth- but I only say that because the games that are not VR that make it in there have a pretty high quality and a set bar of what they need to be to be in that booth,” said Chris Kuffert when asked if he felt that there was a certain theme or aesthetic that games needed to conform to in order to make it to the Megabooth. He felt that VR games were used in order to draw people to the Megabooth in 2016, and that some of the games he experienced weren’t necessarily the polished and original experiences that he’d come to expect from the Megabooth.

“From looking at the Indie Megabooth this year, what was really popular were these new ways of telling stories in games, different narratives, a lot of narrative, a lot of text-driven games; totally different ways of storytelling which I guess is pretty popular.”

“You can definitely see the trend that is at Megabooth,” said Arjun Rao, “I think that’s true every year, really. Last year I think it was largely 2D games, this year- I think Chris touched on it… These games where it’s really just a text adventure but it’s hidden behind an aesthetic that makes it seems like it’s not, kind of like Pony Island– these puzzles/mystery games.”

“Do developers themselves feel pressure to make a game that’s more narratively driven than gameplay oriented, like your own?” I asked.

“It definitely feels like we’re at a disadvantage” replied Rao, “because gameplay-centric games kind of dominated for the past ten years, and then the kind of narrative-centric games were a big thing in the past five years, and now it’s like, you need to figure out a way to make a narrative-centric game that’s not just a Quantic Dream… A quick-time-event, you know? There’s definitely pressure there to make a game that is not just about the gameplay, even though, in my opinion, the core of any game is about the gameplay- whether that’s narrative driven or not, what it really comes down to is the gameplay.”

I wasn’t alone in my suspicion that building a narrative-focused game would help one’s chances of getting into the Megabooth- but the idea that getting in requires developers to be part of some shadowy clique has no basis in reality.

What Does it Really Take to Get in?

According to its official website, the Indie Megabooth has the goal of providing “a ‘snapshot’ of the current indie scene and gaming community at large while building a community that provides support, mentorship, and networking opportunities to developers.”

The Indie Megabooth submission process is relatively painless; indie devs simply need to submit three minutes of gameplay footage, a playable build of their game and information on the game and team responsible for developing it.

There are three categories that Indie Megabooth judges vote on when deciding who makes it into the Megabooth: the game itself, the company, and the developer’s presentation. Judges seek games that feature innovative mechanics, compelling aesthetics and represent underrepresented genres. They’re also on the lookout for games that tackle social issues- though it seems that there weren’t many of these at PAX this year.

They also judge based on whether they feel certain companies would be a good fit for the Megabooth; for instance, would a veteran developer working on a small project have much to offer in the way of mentorship? The last area of judging, presentation, relates to how well a game would be shown off in the Megabooth- a perfectly good game might suffer from excruciatingly weak marketing, and being at the Megabooth might not help it much if the developers aren’t aware of how best to show it off.

Is the process perfect? Not by a long shot; submitting a game isn’t expensive, but for small indie developers, the $40 entry fee is non-trivial; late submissions are $100. One of the frustrations expressed by Blue Drop Games is that their game submission and subsequent rejection didn’t include feedback as to why their game was rejected; offering such feedback would be a boon to the Megabooth’s reputation, and it would absolutely help the developers submitting to it.

However you feel about the Megabooth, you have to admire its transparency regarding its judging process. While getting in might not be easy, having a strong vision for a game coupled with hard work put into said game will get you far; if your game is experimental or daring, you don’t have to worry about toning it down for the Megabooth- just be sure that it’s polished. Overall, the Indie Megabooth is a massive aid to developers- an indie dev looking for connections, advice and exposure can find it at the Megabooth- if they have what it takes to get in.

Jourdan Cameron is a writer from Connecticut; responsible for the sci-fi novella Me Squared and the less fictional guide Playing the Press: How to Reach Game Journalists, he has spent much of his life playing games and much of his career writing about them. Cameron currently runs 1 Rule: Be Cool.