Giallo film was a cycle of Italian murder-mysteries that flourished for a few decades in the mid-20th century. Giallology is a humble appreciation of these movies.

Luigi Bazzoni’s 1971 The Fifth Cord exists to showcase the cinematography of DP Vittorio Storaro (see gallery, below), who also shot Argento’s 1970 The Bird With the Crystal Plumage, which we talked about earlier this week. The film’s plot, adapted from an obscure novel of the same name by D.M. Devine, is amorphous at best, but I’ll do my best to set it up.

Journalist Andrea Bild (Franco Nero) is busy getting shitfaced at a New Year’s Eve party where everyone else seems to be well-acquainted; Bazzoni gives us a tangled series of glances and glares to ensure that when one guest is attacked after the party, everyone’s a suspect. That includes Bild, who knows how to work the cops, keeping it deferential to get the information he needs for his feature.

That said, Bild doesn’t do much writing, but he does do a lot of drinking – even drinking and driving. This goes some way toward explaining his behavior toward the women in his life; he slaps his apparent girlfriend across the face before canoodling with her and later shows up at his ex’s doorstep after day-drinking himself to tears. Franco Nero nails the precise balance of repulsive and charismatic required for the role; Bild is able to function insofar as he needs to, but beyond that he is an absolute mess.

While the unnamed police inspector (Wolfgang Preiss) suspects Bild because of his curious proximity to each of the film’s four murders, the audience never does. He is not the murderer. Just an asshole. The Fifth Cord is not a compelling mystery, largely because our window into the investigation is an unstable alcoholic. In his amateur sleuthing, Bild happens on a bunch of red herrings – including a pornography ring and a vaguely Zodiac-esque fixation with Aries – but in the end just throws the murderer out of a window. 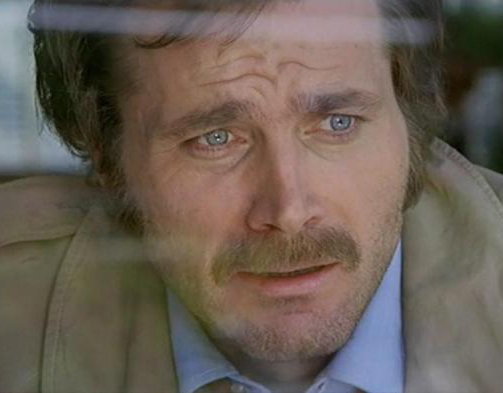 Like an Argento protagonist, Bild says “There is something similar about these murders . . . but I can’t put my finger on it.” That similarity, however, is that they all occur on a Tuesday. Not much of a psychosexual thicket here.

Luckily, Bazzoni doesn’t pretend to mount a detailed procedural. The film is lax at best about keeping the audience engaged with the narrative; it is first and foremost an exercise in style. If any giallo is overdue for a Blu-ray restoration, this is it. Storaro’s beautifully judged 1.85:1 photography – taller than a ‘Scope ratio, and putting that extra space to good use – favors planimetric compositions in medium shot or wider, giving the film’s urban setting a vibe not unlike one of Alan J. Pakula & Gordon Willis’s 70s conspiracy thrillers. There are lots of shots of Bild framed through windows and blinds as sort of reverse-noir iconography; not blanketed by the shadow of depravity but trapped beneath the thing itself.

The Fifth Cord is full of nighttime scenes that are shot day-for-night, as far as I can tell, giving them an eerie blue cast to contrast the concrete-and-sunlight in the rest of the film. The POV work here is also of note, shot with a slightly fish eye lens for a queasy break with the film’s established style. Ennio Morricone’s score essentially provides variations on his Crystal Plumage themes, but Bazzoni doesn’t use much of his music during the murder scenes, favoring silence and sound effects.

Aside from Bild’s overt misogyny, The Fifth Cord sets up a woman as the reason why the killer goes on a rampage. You could argue that her characterization as a “femme fatale” comes from Bild’s mouth and is therefore a reflection of his own attitude toward women, but this exposition is tossed out rapid-fire at the end of the movie. Like nearly all giallo, The Fifth Cord is directed and written by cismen; the best of these movies, like Argento’s 1982 Tenebre, are rich with ideas about gender and violence and gendered violence to match their formal bravado. Most of them uncritically wear the constraints of their creators’ worldview, and it’s up to you to dig through it.

All that said: the violence in The Fifth Cord is surprisingly tame – no ogling of nude women as they squirm under the razor or creatively sadistic mutilation. The kill scenes focus on the victims’ terror as they run from the killer, to prolong their lives at any cost. This struggle reflects something the killer says; “There’s something profound and divine . . . to transform a member of the human race into inanimate matter, forever.”

The killer sees himself as powerful, as more than human, transgressing the natural order to shock the foundations of society. But in the end he was just a pathetically jealous lover, rejected by a woman and taking his impotent rage out on anyone he could find. Consider the film’s final shot: an iris-out on a freeway overpass, contracting just enough to turn the intersecting roads into an abstract yonic image. 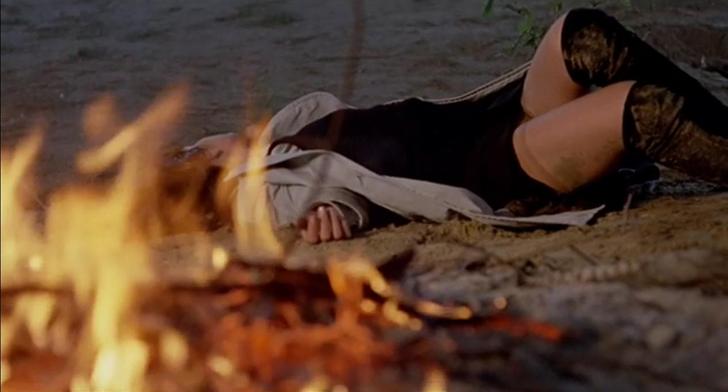 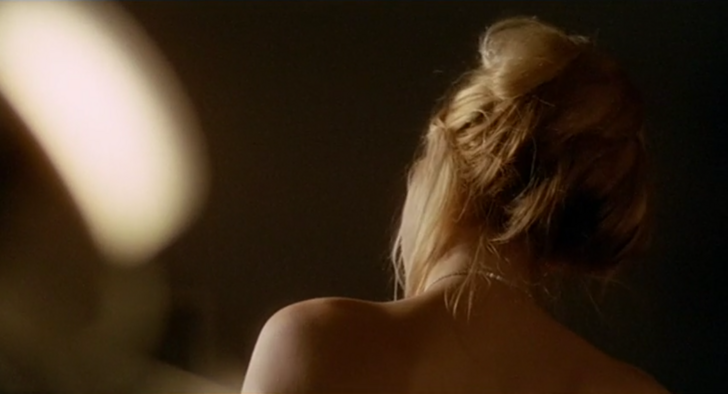 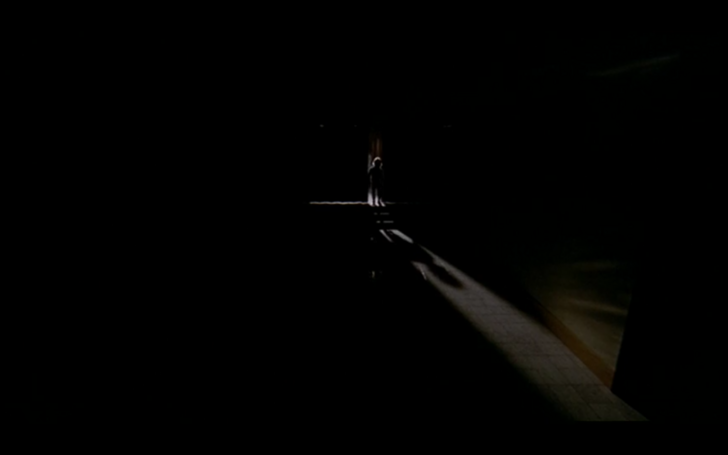 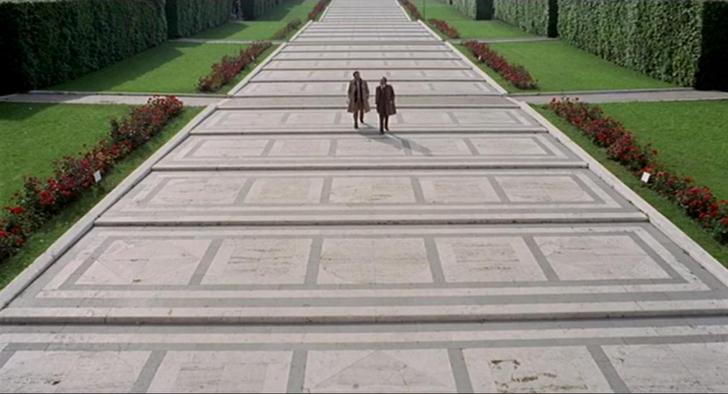 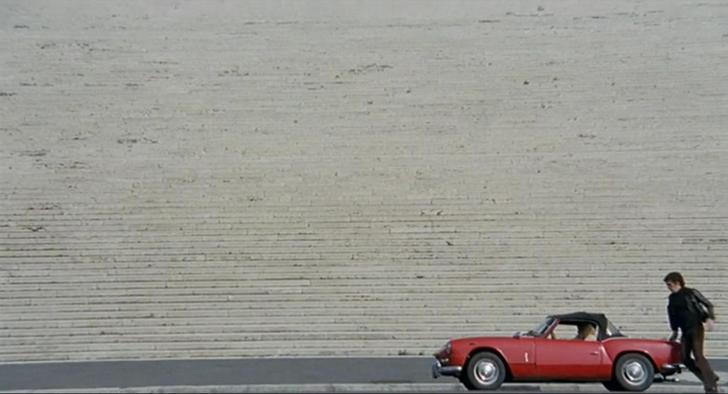 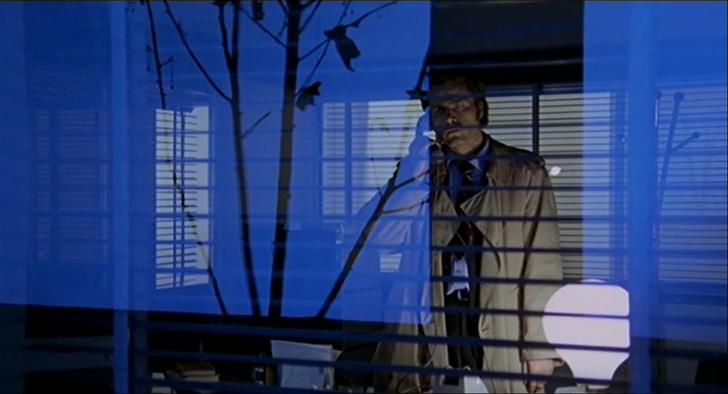 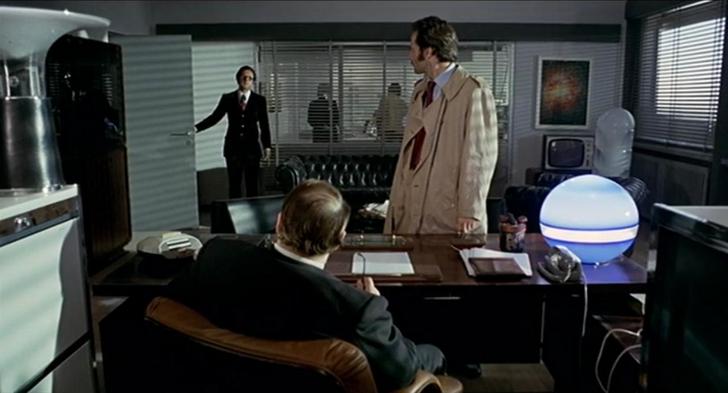 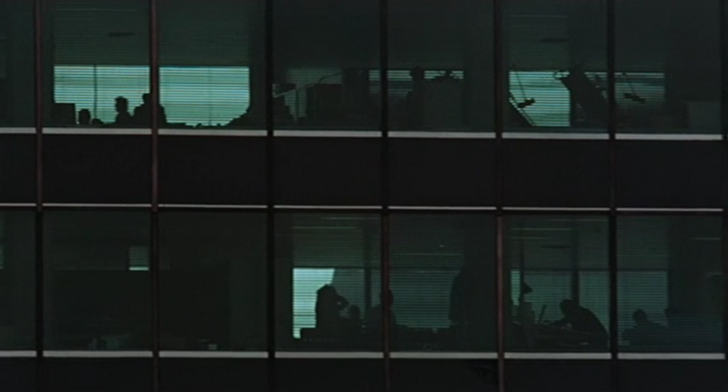 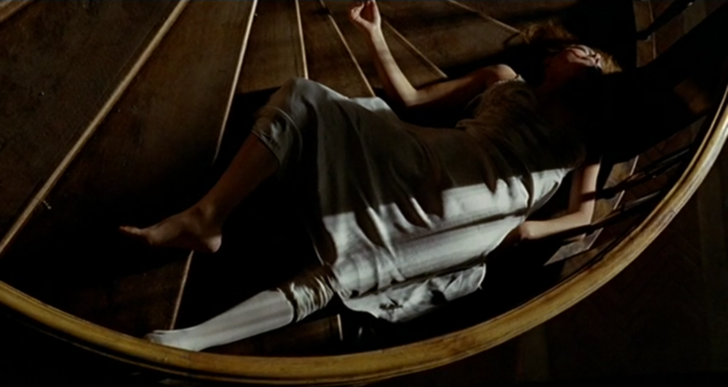 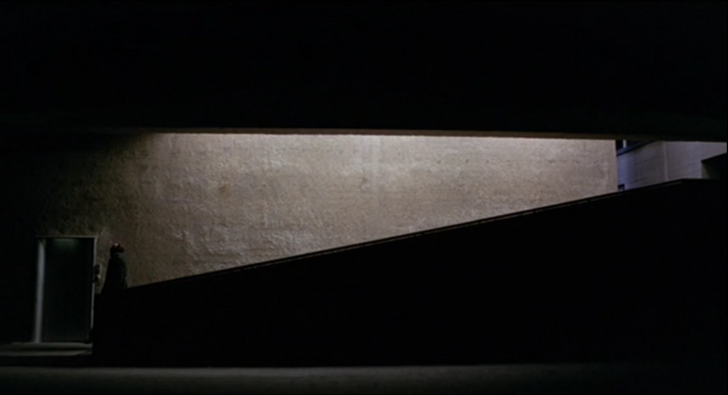 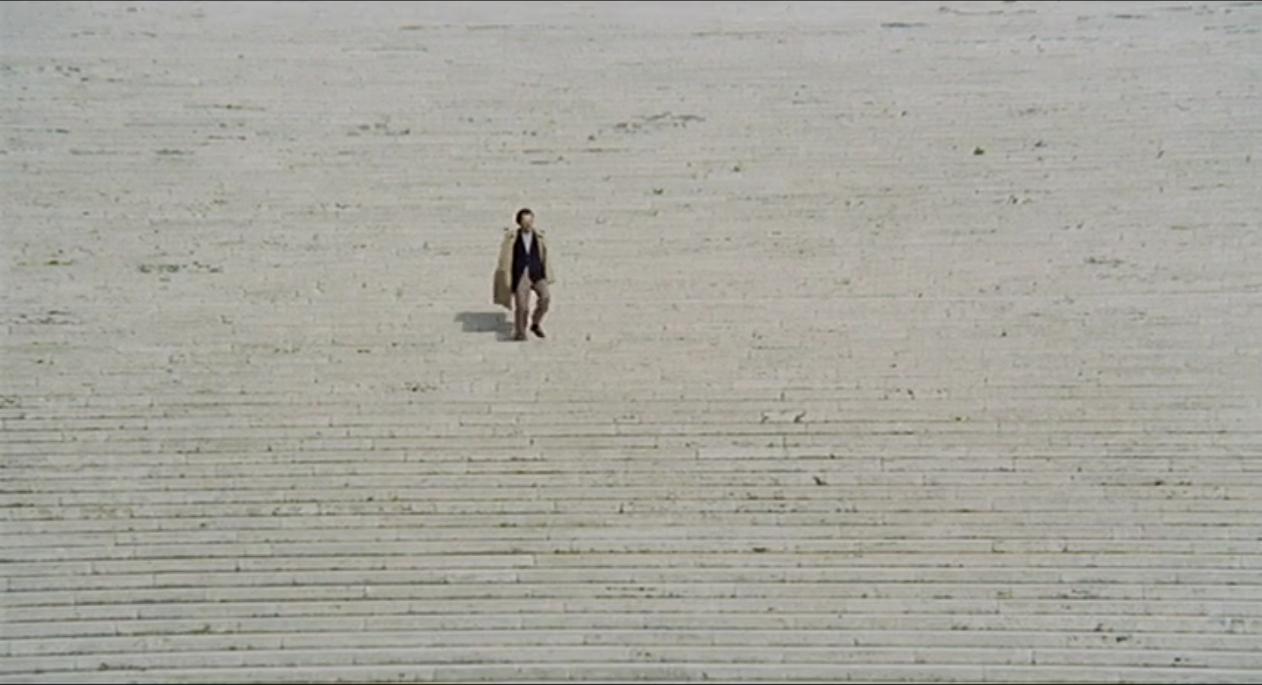 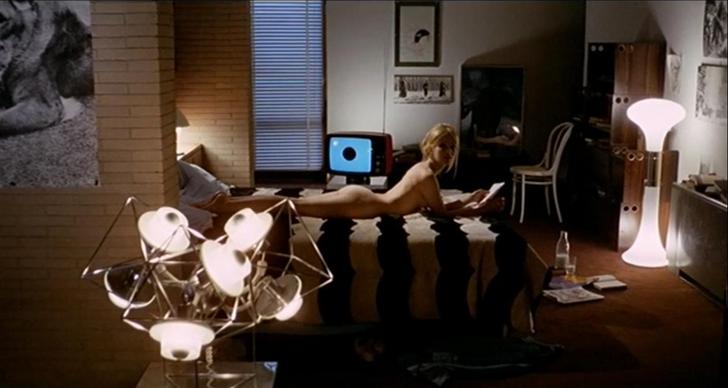 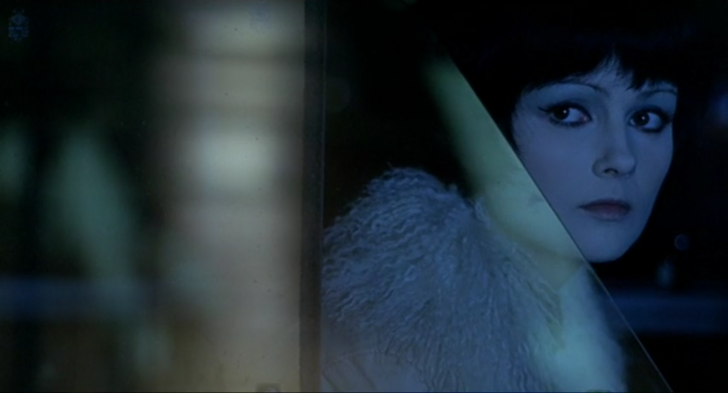 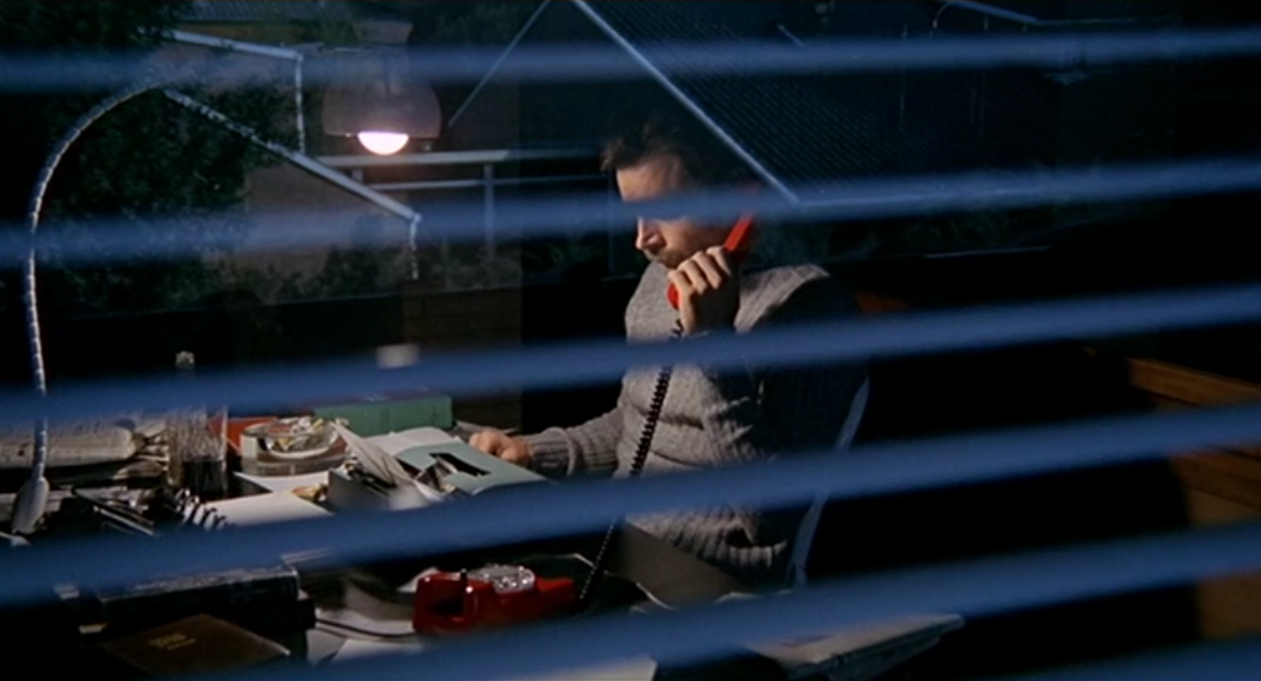 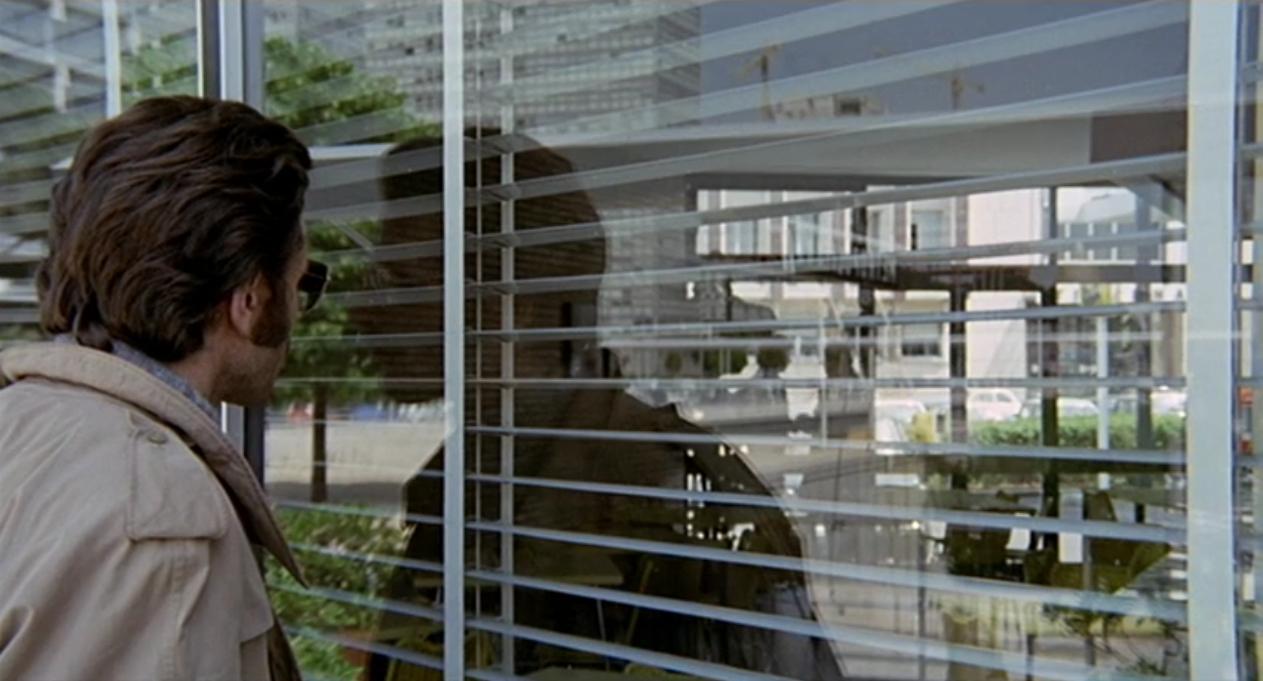 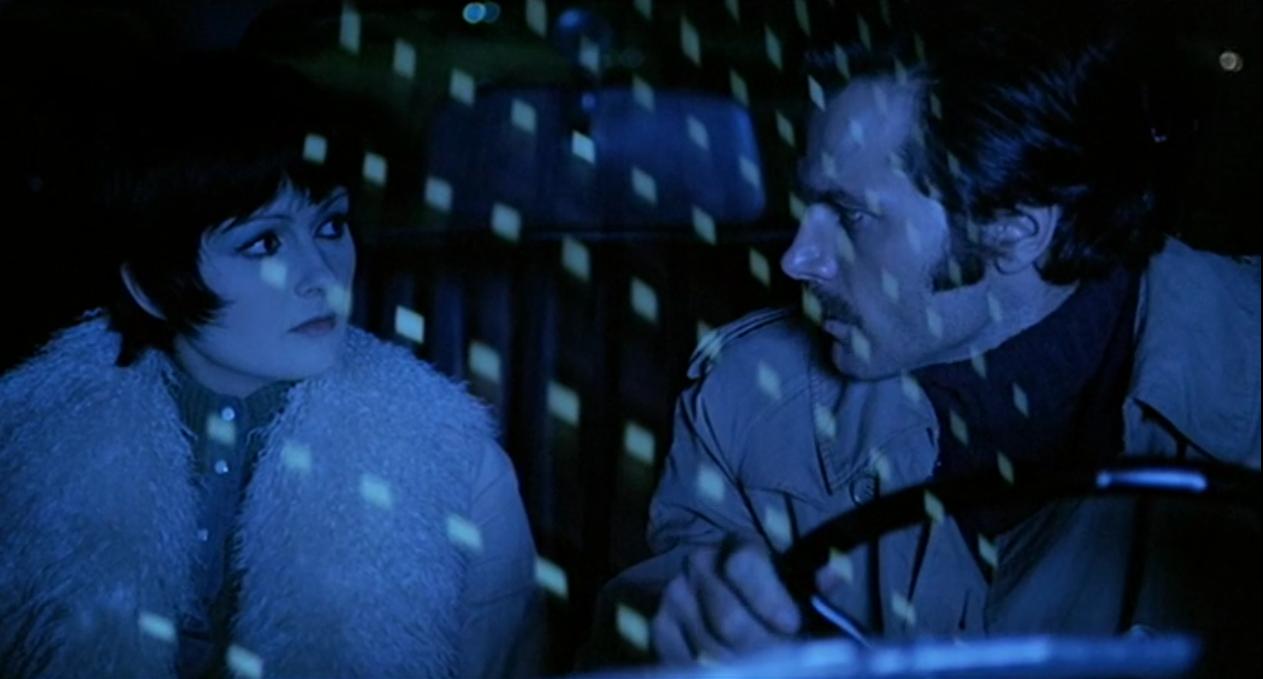 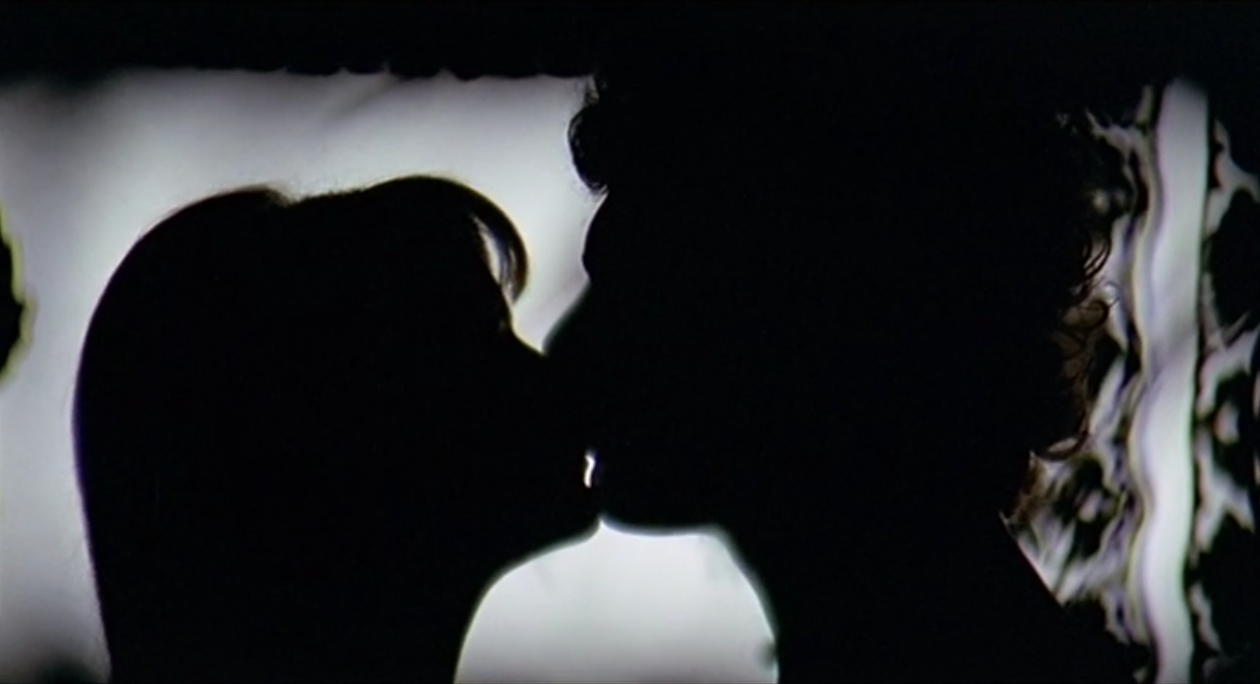 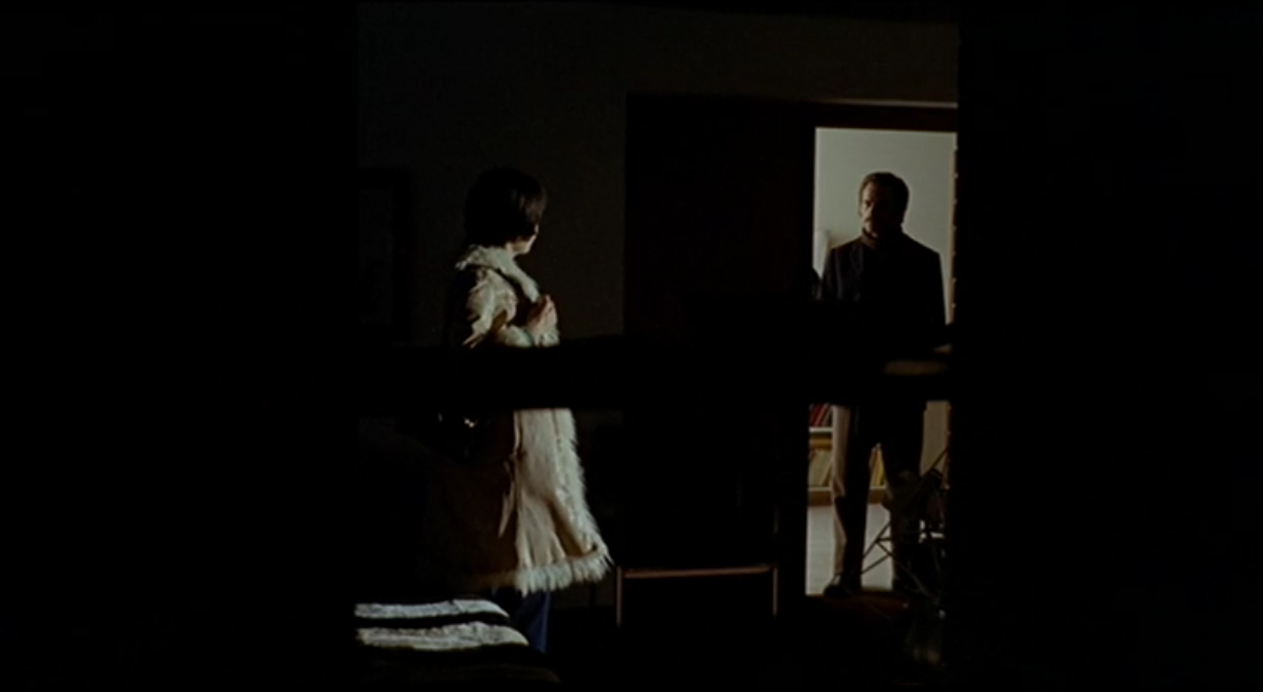 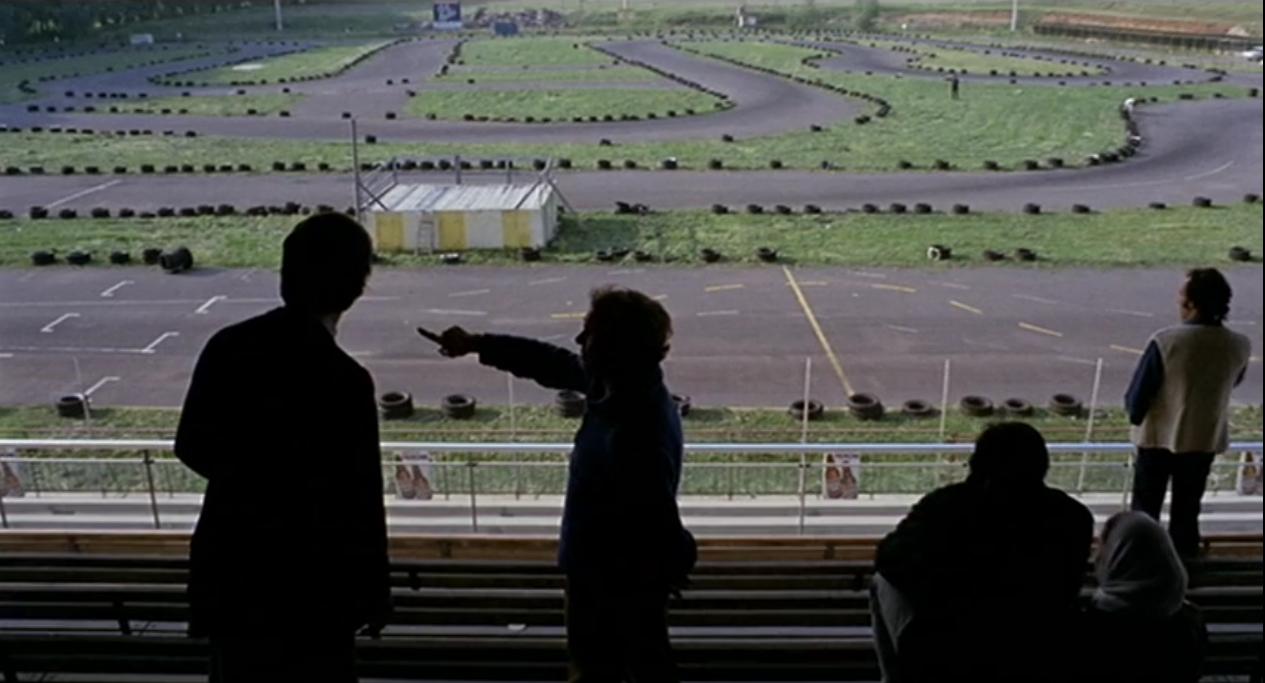 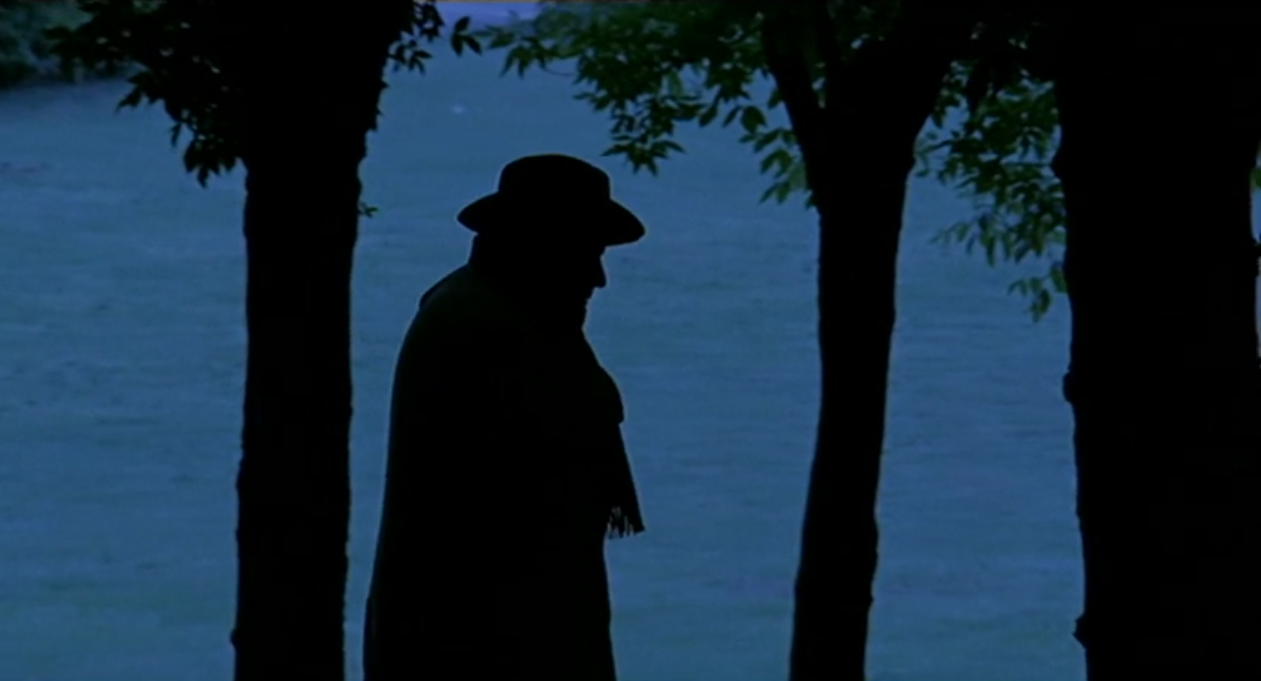 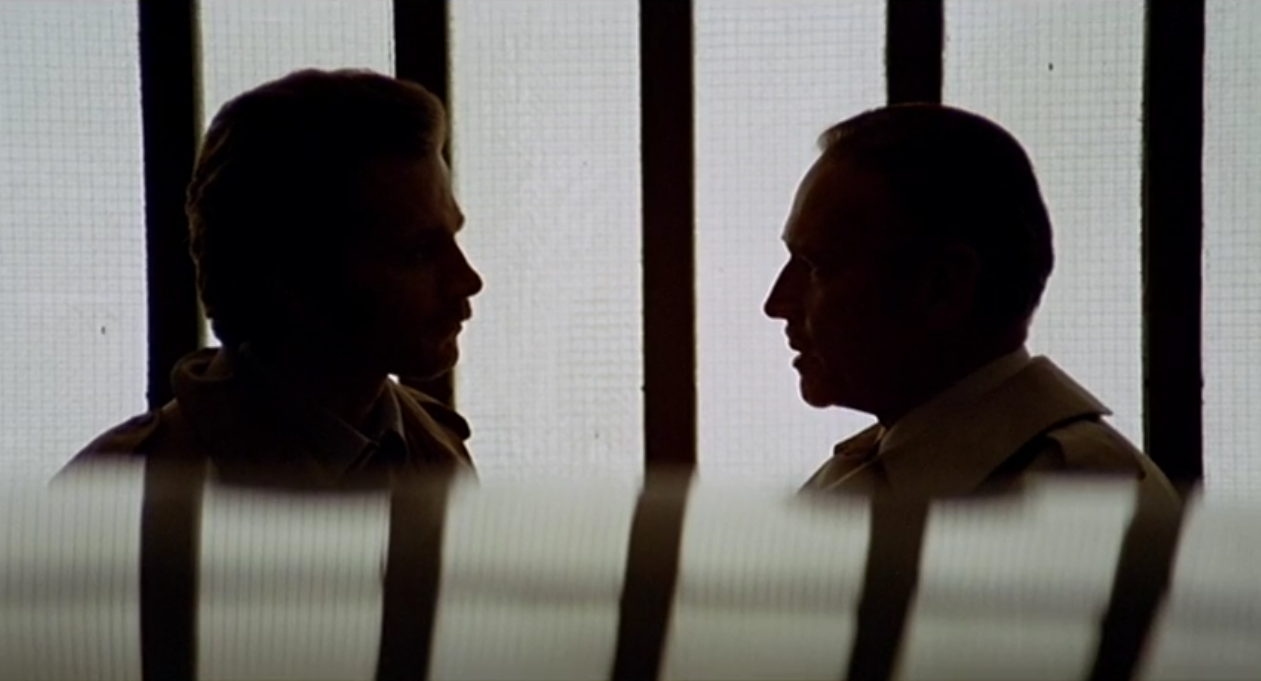 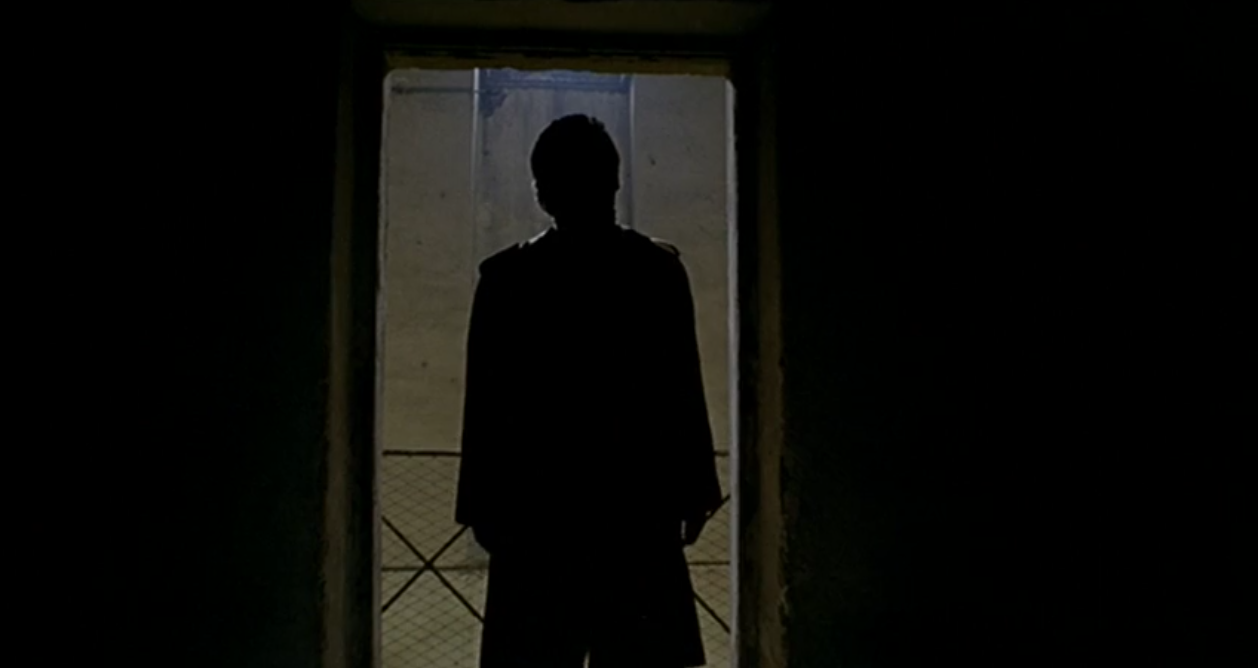 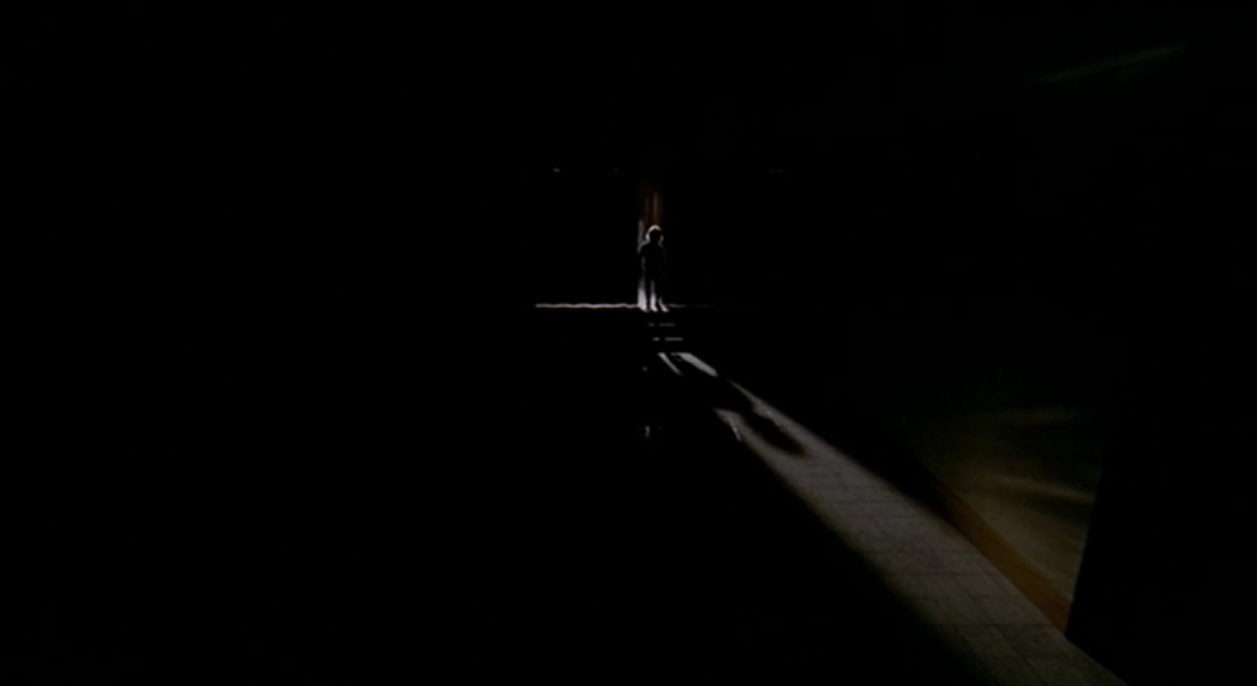 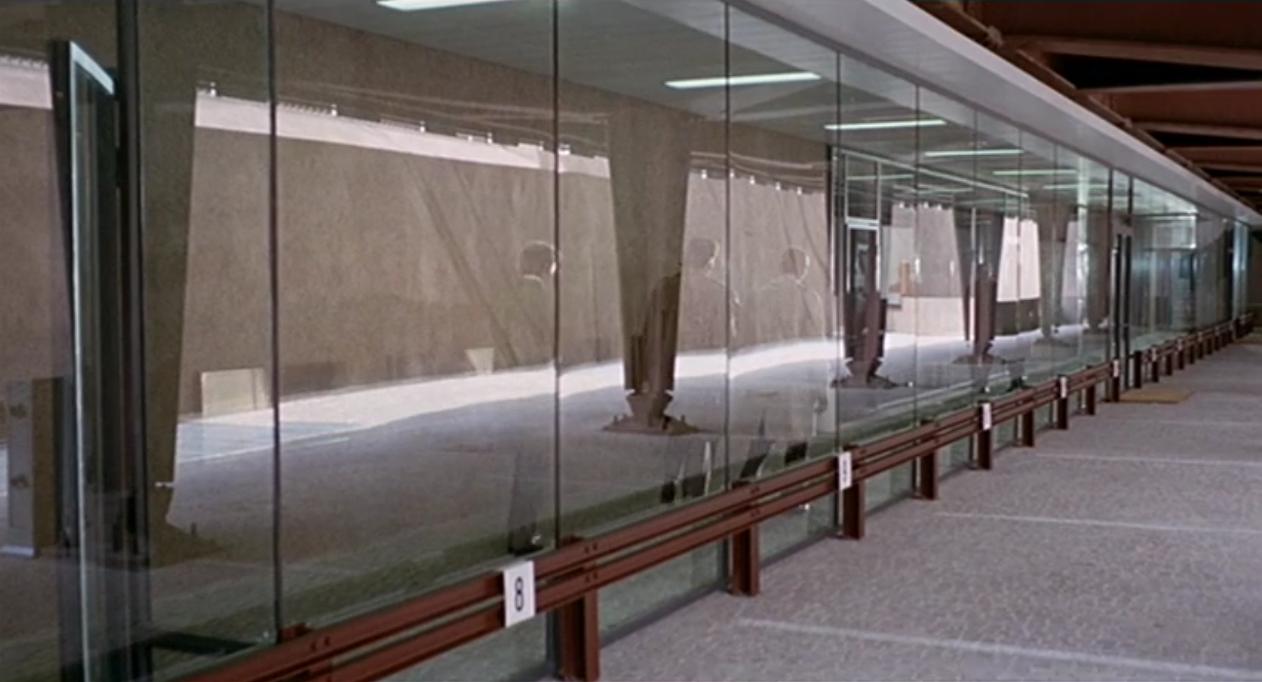 On A Lizard in a Woman’s Skin

The Architecture of a Generic Star Wars Planet