The following is an excerpt from Unwinnable Monthly 92. If you enjoy what you read, please consider purchasing the issue or subscribing. Unwinnable continues thanks to support from readers like you. 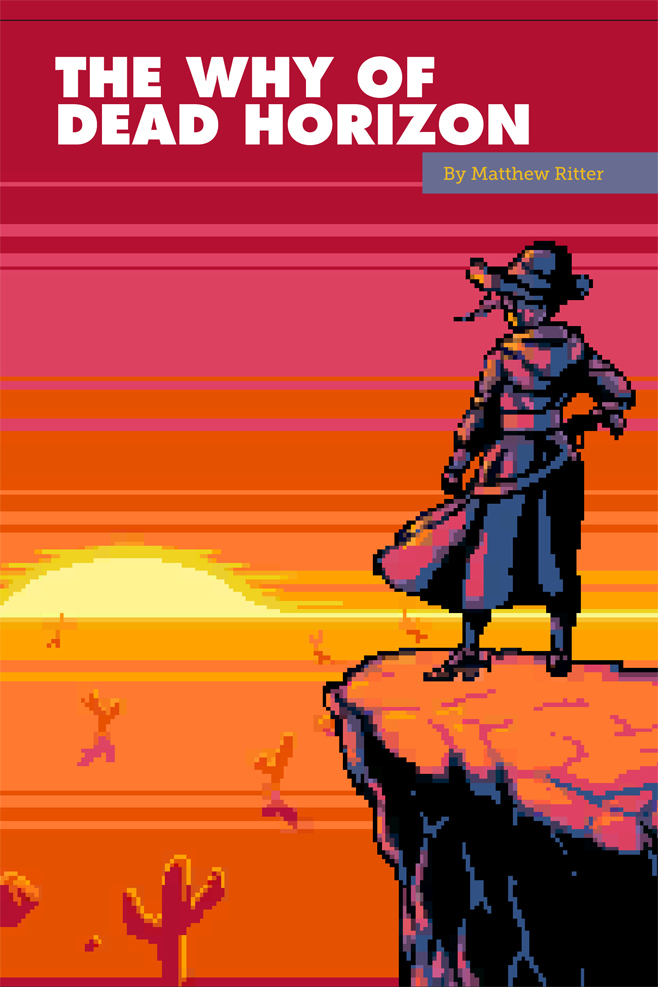 It is 1995. Sometime around sweeps week. I am ten years old. My grandfather has kicked me off the TV where I was playing a videogame called Chrono Trigger. The game is honestly too complex for me and I don’t get a lot of it. However, I rented it from the local Blockbuster. I’m only able to rent one game a week and I only have the weekend to play it. Tomorrow the game will be gone and my grandfather is stealing time from me. If you’ve ever been 10 years old, this is very frustrating!

He doesn’t ask if I want to watch TV with him. He never does. I do watch TV with him, because other than videogames and TV, what else would I be doing? He watches what you’d expect. Walker, Texas Ranger. Highlander. Kung Fu: The Legend Continues. Reruns of The Rifleman and Paladin. If movies like Shane, Old Yeller and High Noon are on, you can be sure he’ll find them.

He had a special talent of looking through the TV Guide and finding shows all over the TV multiverse. A power that seemed like magic to me. As if he could call the shows up at will. How did he know it would be on? How could he know without just flipping randomly?!

Watching TV with my grandfather was the first real introduction to westerns, that famous and sometimes considered ‘dead’ genre, to my developing mind. Well, that’s not true. My favorite movie at the time was a western. Back to the Future Part III. (The best one of the three movies, don’t let anyone tell you different!) In this way, I was watching things backwards. I’d seen Back to the Future Part III and even Blazing Saddles (my mom is a huge Mel Brooks fan) well before I saw the movies they were making fun of.

Movies like The Searchers, or El Dorado. They were films borrowing from the comedies and lighter fare of my younger years. They were stealing things from the western episodes of the Teenage Mutant Ninja Turtles and The Jetsons.

This left me with a strange view of westerns: films about silly, over the top manliness of machismo for its own sake. I saw parody films as the originals, which made it hard for me to take the source films seriously. My grandfather made this all crystallize that afternoon in 1995.

Stagecoach rolled across the TV in living black and white. If you’ve never seen it, it’s the simple tale of a bunch of weirdos stuck in a stagecoach attacked by Native Americans. There is lots of machismo. Many considered it to bring legitimacy to Western genre. It was a critical and financial darling of 1939. Orson Wells claimed he watched it over sixty times in preparation for making Citizen Kane and that it was the best movie on how to make a movie that existed.

At the end of the movie, John Wayne goes out to face three men in a head-to-head duel he’s sure to lose. Why would he do this? My child brain was confused. He’s fallen in love with a woman earlier in the film. He promised her he’d give up his vengeance on those Plummer boys if she’d agree to marry him. Yet here he is, after his adventure, going to go get killed by them Plummer boys or shoot down all three in cold blood in the middle of the city street.

There’s also another scene, where someone intimidates one of the brothers out of bringing a shotgun to the fight, as that’d be an unfair weapon. Three on one is fine, but a shotgun is crossing the line.

John Wayne faces down the three brothers. He dives to the ground and starts firing. The camera cuts away… and later, John Wayne appears, having killed all three of them. He’s fine. The local law lets him go because uh… he’s a hero! I guess? He rides off with his wife to be.

I turned to my grandfather, so very confused. So. Very. Confused. I want to know why he ‘had to settle things.’ Why he gets to leave after killing three people. Why they consider a shotgun unfair but three on one is fine. Why he wins the fight and isn’t just gunned down, which seemed like it’d be a much better ending to the movie as the film seems to be all about characters that are unable to let go of old wounds and how dangerous that is.

All I’m able just to get out in my ten-year-old voice is, “Why’d he do that? I don’t understand!”

My grandfather looked at me. In his eyes, disappointment. Perhaps the only time I ever saw it in his face. Huge, deep, dark and complete. His head shook back and forth, as he mumbled, “Son, I can only hope someday you do understand.” He was embarrassed for me. Embarrassed that I didn’t see why John Wayne was the hero.

Matthew Ritter is a freelance videogame writer who often gives voice to cute characters in Bejeweled clones for his day job and weird indy projects in his spare time. He never grew out of wearing a cowboy hat. Follow me on Twitter at @matthewmritter if you’re interested in being told when Dead Horizon actually comes out.

The Book of Henry is Not So Bad It’s Good

How Many Fetches to Andromeda’s Emotional Core?