I’m appalled at my decision to play Fallout Shelter once again.

My last game was disastrous. Deathclaws—the demonic hellspawns that roamed the wasteland outside—stormed my vault, disembowelling all the dwellers until they lay dead. None were spared, and I was gobsmacked. Staring at my phone in dismay for a few seconds, I uttered, “Fuck it all,” clicked a few buttons, and uninstalled the game moments later. Fallout Shelter is unflinchingly savage, and I don’t understand why I came back to it upon its release on Steam.

But this callousness is only the tip of the iceberg for Fallout Shelter. As the new Overseer of your very own vault, you’re to make sure that the vault prospers under your ever-watchful eye. It gets uncannily 1984-esque after a while; you’re constantly hankering for caps—the currency of the Fallout universe—which can be used to upgrade your facilities, construct bigger rooms, and wring every last ounce of food, water and power as much as possible. For these to take place, however, more vault dwellers are needed to produce such resources, but new laborers aren’t lining up to be let into the vault.

The most straightforward solution is to force your residents to go at it like rabbits. One efficient method is to appoint a designated male dweller, whose job is to impregnate as many women as possible. Put them in a room, have them fall deeply and inevitably in love, and babies will materialize. In a couple of minutes, they will grow up and become adults that you can quickly deploy to churn more resources out. Eureka! The only downside to this solution is that pregnant women are incapable of defending themselves, be it from raiders attacks or radroach infestations; they can only fling their hands about comically and shriek in fear. Take it from this Overseer—don’t get too trigger happy when it comes to dicking around!

Did I also mention that having babies is an infallible way to keep your vault residents contented and sedated? Apparently, sex is the miraculous antidote to your dwellers’ blues. 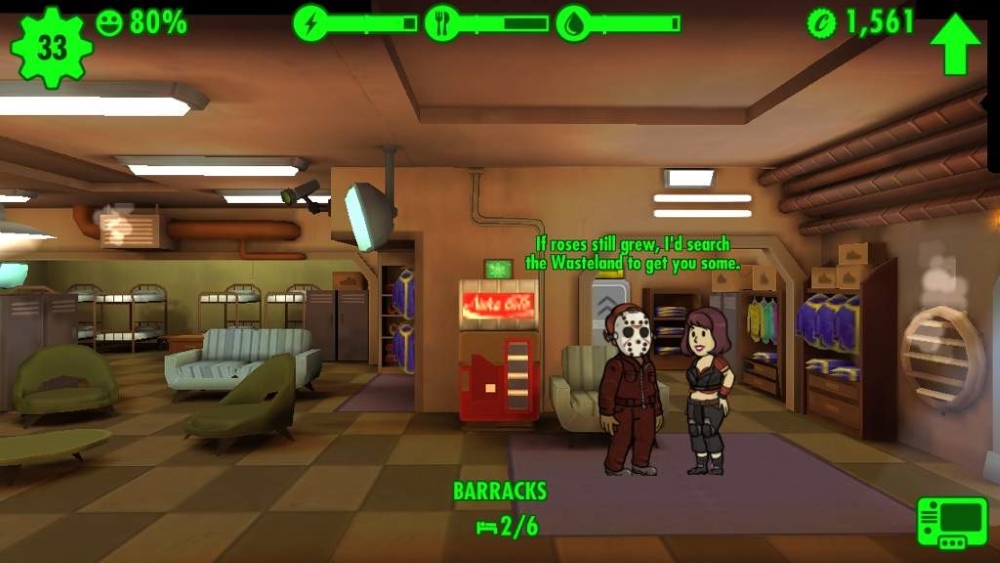 Don’t let the sunny, kitschy vibe of the game fool you; the vault you manage will be one of the most insidious vault experiments in Fallout lore. It is erroneous to consider the dwellers as anything more than human cattle, for the game constantly encourages us to dehumanize vault dwellers. By treating them as commodities, you can unlock precious caps and even premium items when achieving objectives like “Deliver 8 baby dwellers”. Women are exploited for their fecundity, and men become sperm machines to facilitate the entire process of reproduction.

But like a slow-acting ghoul mutation, Fallout Shelter will turn you into a mindless drone too. As I’m writing this piece, I still head back to my vault regularly to see if I can farm more resources. What’s more treacherous, however, is that Fallout Shelter punishes you for not staying in the game. If you send a dweller out into the Wasteland to forage for items and forget to check back on him or her—perhaps because we have real-life matters to deal with—your dweller can die. Items can’t be retrieved too without paying a hefty sum of caps. 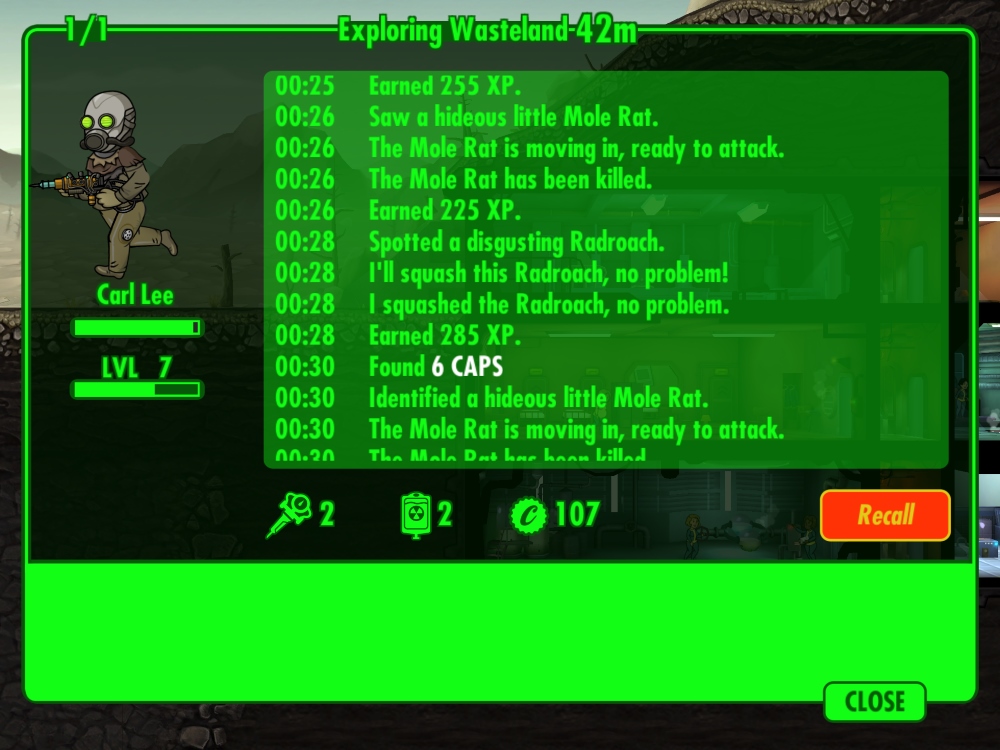 Some have said that Fallout Shelter merely reflects the reality of living in a harsh, dystopian world. It’s tough being an Overseer, for they have to juggle the well-being and the survival of an entire community. Others even have to grapple with the knowledge that these vaults are part of a bigger, immoral experiment on humanity. However, the Overseer and vault dwellers in the main Fallout games are very human, who often struggle between making moral and necessary decisions. Unlike us, nor the dwellers in your vault. Under our care, they are contented to tinker away in a power station, fix the pipes in the water purification room, or become baby-making machines.

A Normal Lost Phone: Learning About Identity Through Objects

The Amazing Wholesomeness of Being a Grandma
Previous Post