Like many a dutiful Alien fan, I will go see Alien: Covenant in May. I don’t really have any particular desire to do so. I found the trailer exciting but also middling. However, there is a faint chance that this movie will be entertaining and fill the xenomorph shaped hole in my heart.

After an emotionally arduous 2016, and since we’re at the top of the year, I’d like to go on record and say that nostalgia is overrated. Holes like the one in my heart don’t need to be filled. Sure, it’s a desire but not all desires need to be filled. Some shouldn’t. It’s okay to just let a story/character/universe turn to fossil.

This isn’t to mythologize or lionize new intellectual properties. What I’d like from the new year is for us to begin aggressively deconstructing the impulse to create films like Alien: Covenant or Blade Runner 2049. The easy answer is money but there is, perhaps only possibly, a much more difficult answer about why we can’t let go so easily.

In fairness, I thought that one of Rogue One’s greatest strengths was that it told one complete and bookended story within an established universe. It exemplifies the best of the nostalgia culture that produces sequels and reboots decades after the originals. It asks to explore a familiar fictional universe with new eyes and either leave our baggage at the door or bring it with us. Either option is fine.

On the other hand, you have films like The Thing (2011). Certainly, there are people that really liked that film. I’m not sure I’ve ever met any of them, but I’m sure they exist. I’m happy that they got a movie that they liked and I don’t think it cheapens my appreciation of the original film. However, it squanders the good will granted to the memories of its predecessor by being bad.

Looking forward, it doesn’t seem like we’ve been afforded anything close to a clean slate. And, with the optimism of a new year still coursing through my veins, I think that’s an opportunity. It’s an opportunity to peel back the layers of films like Beauty and the Beast, Power Rangers and even The Mummy, equally. It’s a chance to take a scalpel to the whole docket of media and do more than say “Star Wars should be ‘fun’” or “I liked the original better.” 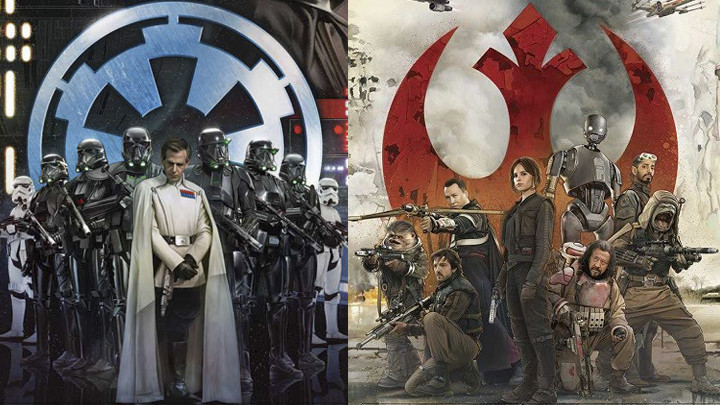 2017 is about to afford us more simple opportunities to look inwards and examine why we get so thrilled at the prospect of new Power Rangers but are so hurt when we see the trailer. We’ll continue to have opportunities and look at shows like Dragon Ball Super and see the ways in which it doesn’t just copy a formula but builds and explores themes and ideas that seem like natural progressions.

Nostalgia asks us to remember how great something was and revel in the feeling of having more of that thing. It’s safe and necessary but also a stepping stone. In 2017, it’s an open invitation to look beyond the feelings and push into the uncomfortable, valuable space where introspection can give us new insight into an oddly familiar world.

Why is There All This MPreg in Death Stranding?