For the unboring or uninitiated the rules of Gwent are simple. Gwent is a best of three card game where rounds are won by playing cards totaling a higher number than your opponent. Players take turns playing cards (some with special effects) until they have either exhausted their playable cards or choose not to play additional cards. Between rounds a player’s hand is never fully replenished.

This is what makes Gwent so different from other card games like Hearthstone. Instead of a continuing series of escalations or a race to dominate the early play phases, Gwent plays like a game where both players are becoming systematically weaker.

In a funny way, Gwent has more in common with boxing than it does with card games. In boxing, both fighters tire the longer a fight goes. Some fighters account for this by knocking their opponents out early. Others live for the later rounds, goading their opponents into expending resources early to outclass them late.

That’s the basics of Gwent strategies in a nutshell. Get your opponent to expend large amounts of resources early and you can be confident that they’ll have little left in the final, make or break round. If you come out swinging early you might not even let your opponent live long enough to get there. The point is to win two rounds, no one said they had to be the first two. Or even the last two. 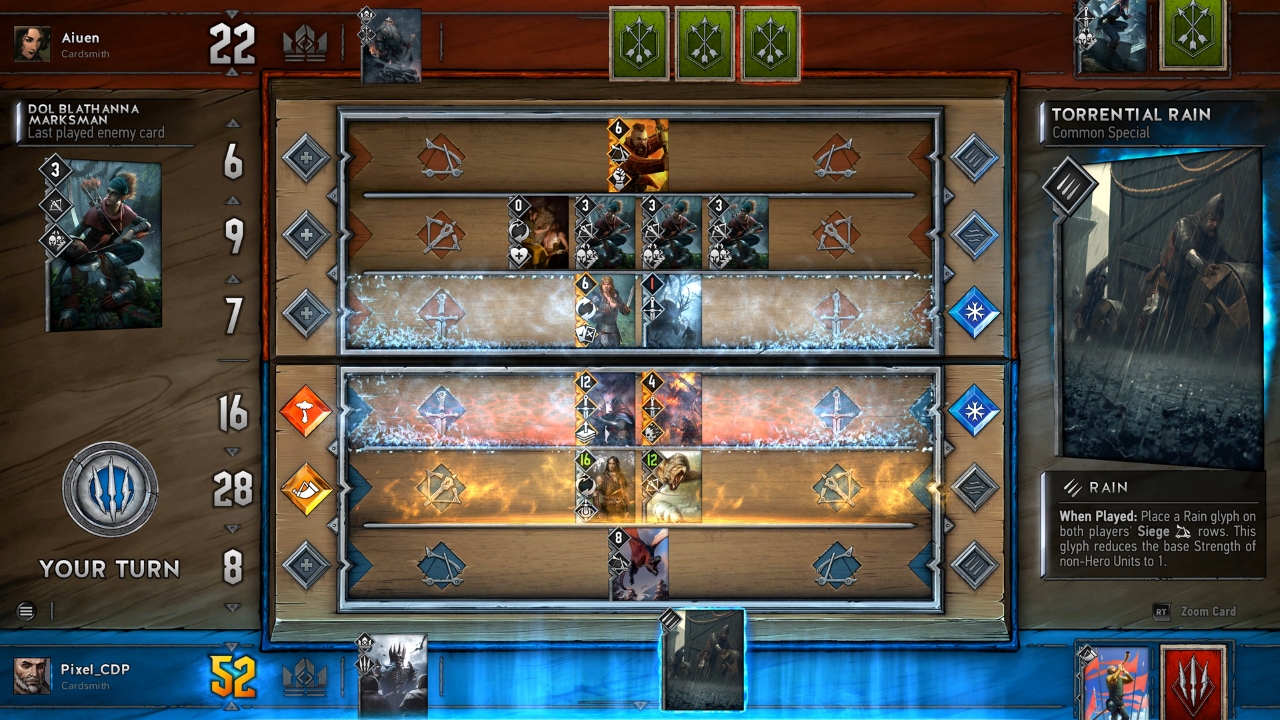 But the eccentricities of Gwent make it more than “win early” vs “win late.” Cards with no values can wildly swing the game to one side or another. A series of cards may work in tandem to be twice or three times more valuable than their faces.

The point is to play smart. There are rarely, if ever, “look to the east” moments where you are saved by a miracle card drawn from your deck. Similarly, you can expect to never lose because of a stupidly strong late game draw. Every time I lost, and I lost often, I was always out maneuvered by someone who understood how to exploit my weaknesses. Every time I’ve won it was through planning and an understanding of the specific moment I was playing in.

Gwent is well on its way to becoming a legitimate challenger to Hearthstone’s card game throne. While I do love games like Duelyst and enjoyed The Elder Scrolls: Legends, it may be the oddly simple Gwent that topples the king of cards in my heart. Unlike all the others, Gwent has already conquered the thing that has kept games like Go around for thousands of years: easy to learn, difficult to master.

How to Make Me Snap in Metroid Prime Federation Force