Ever since June, I’ve been in a constant state of renovating, reorganizing, cleaning out and moving my possessions from my apartment to my house. Several things have happened because of this, but you’re not interested in my sore knees, aching back or new-found talent for handiness. You’re here to hear about what I think about some book, movie, game or other cultural matter.

Thing is, I haven’t been very cultural lately.

I’ve gone to bed before 10 p.m. more often than I care to admit. If I try to read before bed, I get in about a paragraph before my eyes flutter shut and I commence to snoring. Laird Barron sent me an advanced copy of his forthcoming short story collection Swift to Chase and I joked about all productivity coming to a halt, but I didn’t get further in than the table of contents.

Forget TV. Back in May, I was in the middle of watching Fortitude, Hinterlands and…that show where Gillian Anderson is a detective/maneater and the dude from Fifty Shades of UGH is a serial killer. It has been so long, I honestly don’t remember what it was called. I was looking forward to the final season of Wallander and flirting with the idea of finally watching Hannibal. By some miracle, I am up to date on Mr. Robot, because it is as close as I am ever going to get to a sequel to Rubicon (the second most under-appreciated television drama ever, after Carnivale), but even that 45 minutes of television a week is tough to fit in.

The last movie I saw was Green Room. I think that was in late June. Maybe some day I will see Neon Demon.

I keep saying I want to play The Witcher 3: Blood and Wine as well as, to a lesser extent, Rise of the Tomb Raider and the new Deus Ex, but I fear that my days of playing lengthy videogames has turned into a Highlander re-enactment: there can be only one.

Even my regular tabletop RPG groups have been on hiatus. Strahd and Nyarlathotep are out there somewhere, chillin’. 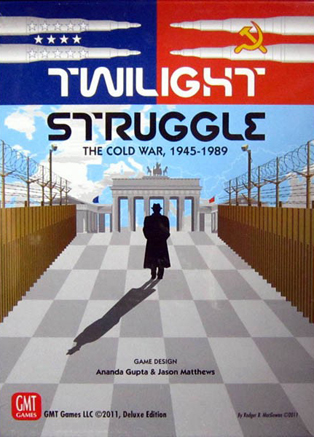 I’ve still had some board game nights. Dark Moon, a hidden traitor game, has currently captured the group’s imagination. Then again, the wife and I got three turns into Twilight Struggle and haven’t been able to get back to it.

This litany isn’t meant to be taken as a complaint, just as a record. I’ve been pretty happy doing all this work (it is going to wind up very cool when it is all done), though I could do with cooler temperatures and less sweat. There’s something deeply refreshing about spending weeks laboring physically after years of typing at a computer.

I do wonder, though. I am a couple months shy of 38. Is this when it happens? Is this the start of that gradual retreat from contemporary culture that seems to happen the older one gets?

For reasons I still don’t entirely understand, the demographic jump hit me hard. I turned 35 and, seemingly overnight, I didn’t give a shit about a lot of stuff that used to interest me. Whole swaths of games and movies seemed trivial. I still liked things, of course, but the stuff I like seemed more idiosyncratic, shared less with general audiences. The market for indie horror/doom metal/classic RPG enthusiasts is necessarily niche.

I will always love what I love. That is never going to change, but this lengthy break makes me wonder if I need to constantly engage with those things in order to love them.

This month is dedicated to Love, many aspects of which exist outside the cliches. We tried our best to mine that territory, to examine the less saccharine facets. We wanted to find the love that surprises you.

Speaking of love, let’s talk about the October issue for a moment.

The theme is Monsters, so I turned the issue over to the experts. We have horror authors Stephen Graham Jones (Mongrels), Laird Barron (X’s for Eyes), John Langan (The Fisherman), Gemma Files (Experimental Film), Orrin Grey (Never Bet the Devil), Livia Llewellyn (Furnace) and Scott Nicolay (Noctuidae)joined by Michael Calia of the Wall Street Journal, screenwriter and director Philip Gelatt (Europa Report), Word Horde publisher Ross Lockhart and artists Michael Bukowski, Trevor Henderson and Dave Felton. This merry bus load of talented scribblers will take us on a tour of the creatures that lurk in every corner of our lives, examining why we love them and fear them at the same time.

I have some other stuff cooking for you, but that has to wait until after the move.

That’s all for now, folks. See you in October.