This is a FREE supplementary column to Unwinnable Monthly #81, Body Horror. If you like what you see, grab the magazine for less than ten dollars, or subscribe and get all future magazines for half price.

The full moon shines high in the sky, ominous against the black of the night. A young man is fearful of what he may become. He’s in a manic, sweaty state, pacing around the London flat of a kind nurse who has taken him in. He thinks that the things his dead and decaying friend are telling him may actually be bullshit. That’s when the pain begins.

In one of the most mesmerizing scenes ever in a horror movie, we see a man transform into a giant wolf, as set to the Sam Cooke song “Blue Moon”. We see the body horror in that transformation as hair grows out of every pore, limbs contort from human into canine limbs, his face painfully contorts into a snout. The year was 1981, and movies featuring werewolves had reached a crescendo with An American Werewolf in London.

Why is it, then, that the past 35 years have seen the overall decline of werewolves? It’s not for a lack of them either. There have been werewolves upon werewolves all over film and television in the 21st century. For a little while it seemed like the beloved monsters had lost to vampires and zombies, but now they’re howling at us with a vengeance. The only thing is, the advent of CG and the inherent lack of patience in modern youth culture has rendered the werewolf transformation into a process that’s more akin to changing into a new pair of pants.

Playing around with the rules and tenets of the werewolf genre has been happening for a long time. All the way back in 1924, H. Warner Munn wrote The Werewolf of Ponkert, a story told from the perspective of the werewolf. It was none other than H.P. Lovecraft who gave Munn this idea in a letter. This book was the first attempt to put the reader into the mind of the beast. To see it as something other than a terror in the night; a relatable human being incapable of controlling the horrible afflictions in their body and mind during the full moon.

Two early classic werewolf films are the Universal Studios film The Wolfman (1941) and the slightly more subversive I Was A Teenage Werewolf, 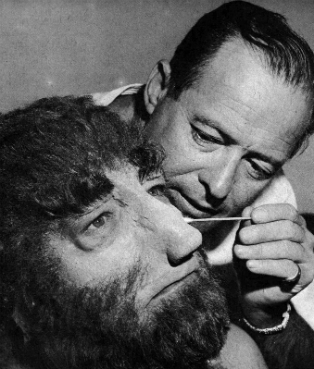 released in 1957. The former was a classic tale that still managed to present it as a man plagued with a horrible affliction. A Wolfman you felt for thanks to the excellent performance by Lon Chaney Jr.

The latter, while campy, and ripe for MST3K fodder these days, presented the shocking idea of a teenager becoming a werewolf, a metaphor for the transformations the body goes through during the teen years in real life. In retrospect it can also be viewed as the way many parents in the 1950s were seeing their children, and becoming afraid of the rock music, sexual liberation, drugs and alcohol that were changing their little darlings into hormonally-charged monsters.

It was in the 1980s when I was a little monster coming of age, and werewolf movies made an impression on me, starting with the awesome werewolf in Monster Squad. From there, much of my love of werewolves is thanks to special effects master Rick Baker. Not only is Baker the mastermind behind the transformation scene from An American Werewolf in London, but also a diverse filmography of werewolf films including excellent werewolf movie The Howling, and also (to name a few) the Men In Black films, Ed Wood, The Rocketeer, a personal favorite film of mine called Matinee, and he is also credited as doing creature effects in a little film called Star Wars.

Baker’s work changed how I saw werewolves forever, and his transformation scenes are what made me realize the body horror of the werewolf transformation. While his werewolves managed to be terrifying, they also managed to possess a humanity. He advanced the horror subgenre of werewolf movies, and in the process, made them some of my favorite monsters. As we all get older we see our bodies succumb to changes we have no control over, much like the characters in many of these tragic classic films.

This is why the transformations in most werewolf-related movies and TV shows annoy me so much now. When the fun but flawed TV show True Blood got around to including werewolves in its monster menagerie, I was excited for the big reveal, for one of the characters hinted at being a werewolf to go through the horrendous transformation. Instead it was quick changing of pants from Louisiana redneck to furry wolf. They weren’t even scary! I find this is also the case in the Twilight movies featuring werewolves, the MTV series Teen Wolf, the Underworld movies and the terrible Castlevania knockoff Van Helsing.

Even shows like the Netflix series Hemlock Grove have better transformation scenes, but are terrible in every other way.  Someone dropped the ball with werewolves, so what’s the reason why the movies are worse? What’s up with these TV shows, and when did this all happen?

The short answers to these questions are “The 1990s”, and “CGI”, but there are other more specific reasons why this subgenre lost its way.

Still, a quick survey of werewolf films released in the 1990s reveals pretty underwhelming results. The Mike Nichols-directed picture Wolf starring Jack Nicholson was probably the most high profile, and also a pretty traditional ok werewolf film. There’s also the forgettable sequels Howling VI: The Freaks and An American Werewolf in Paris. Other than that it’s a mess of straight to video Blockbuster Video nonsense.

The rise of CGI in the 1990s essentially nuked horror movies in general, as most of them tended to use software as a lazy money rather than invest in effects and costumes. You better believe body horror in movies suffered as a result. There’s just no way to believably present such drastic changes in a person and sell it to an audience when it looks like a Super Nintendo game. The physicality of practical effects is what sells the creatures, especially if they’re front and center.

Horror movies lost their way in general in the 90’s. Most were made as quick sequel cash-ins, until the genre all but ran out of gas by the end of the decade. It wasn’t until the past 10-15 years that Horror movies became something you see in arthouse cinema, and not in a Twentyplex on the highway.

Like a full moon shining high in the sky, there are a number of quality films from this new millennium that are continuing the grand continuation of those great 80’s films. Ginger Snaps, Dog Soldiers, Howl, Late Phases and even the ridiculously bad Wolfcop offer fresh takes on the werewolf genre, and are done with reverence to the genre that is mindful of the body horror that makes it work.

There are others too, but anymore it really requires some research to find quality films amidst all the dreck. It’s a shame that these aren’t the films getting more exposure like the numerous vampire and zombie films, but I guess it’s a small consolation that werewolves in film and TV are better off than Frankenstein’s monster at this point.

A scene that sums up what makes the werewolf so human and sympathetic comes at the end of Joe Dante’s great 1981 film The Howling. Dee Wallace plays Karen White, a TV newswoman who goes through a horrific ordeal at a mountain resort full of werewolves, and comes home to warn the world what happened on air.

She was bitten by her turned husband and has become infected, and during the course of her broadcast she undergoes a transformation. You can see the visible pain and horror she’s going through in her eyes and in her facial expressions. She’s shot and killed on air by her friend Chris as an act of mercy. 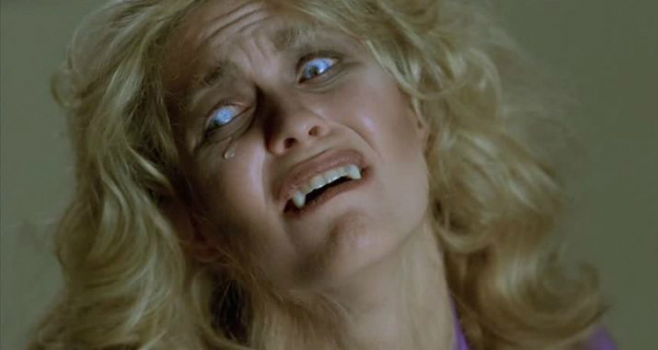 Another sympathetic werewolf scene involves my favorite werewolf from Monster Squad, who is famously the victim of the quote “Wolfman has nards!” after being kicked in the balls by one of the kids. While we never really know The Wolfman of this movie he’s still given a very merciful send off at the end, where he’s shot and killed by the leather jacket-wearing Squad member Rudy.

As The Wolfman is tearing through the police Rudy takes a shot with a silver bullet fired from a revolver. The monster instantly changes back to a man with a gunshot wound in his chest. The man says “Thank you” and gently dies. As a kid, that scene defined to me how the psychological and physical horror of being a Wolfman is more like imprisonment in the body. The acts that the werewolf commits are actually only a small part of the overall horror package. The real horror is what’s happening to the person. That is an effective werewolf, one that allows us a view inside the horror.

Getting back into The Dating Scene – Essential Tips