In this month’s Variation, we go to IndieCade, get stalked by a killer in Last Year and stare at Nathan Drake’s rear end. What more is there to say?

Uncharted Territory, by Simon Porzak
Simon is looking at butts. 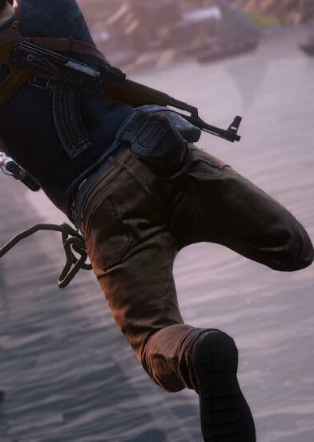 much.” And when Chloe rescues Nate, he reminds her – and the player – that his “is an ass worth saving.”

Employing the action-movie metonym by which “you” equals “your ass,” the characters endlessly shout about “saving your ass” and “getting your ass out of there.” Or, as Elena says to Drake, “God, you’re an ass.” Drake, described by one reviewer as a “charismatic shit-eating grin of a man,” is his ass. Which explains his insistence about how everything he touches “turns to shit.”

These jokes seem intended to dissipate the anxiety generated by a structural fact: playing a game in third-person perspective, you spend hours looking at someone’s butt. Other games – as cataloged by Anita Sarkeesian – employ other strategies: costuming and restricted camera angles, for instance. Uncharted, perversely, seems to exorcise the butt by insisting on its omnipresence. When it’s Chloe’s “turn to walk away” and leave Drake for Elena, Chloe teases, “Admit it – you’re gonna miss this ass.” We, like Drake, know Chloe as someone who walks, or runs, away from us, as we look on from a conveniently raised viewpoint. In the game’s third-person view, its characters’ asses are precisely what you can’t miss.

Inside IndieCade 2016, by Jourdan Cameron
Jourdan is keeping it indie in Queens.

In 2016, two rather important celebrations of gaming took place 200 miles and a weekend apart: PAX East in Boston, Massachusetts and Indiecade East in Queens, New York. PAX is big, loud, and attracts a lot of attention for both the games on display as well as for the businesses of South Boston, which surely 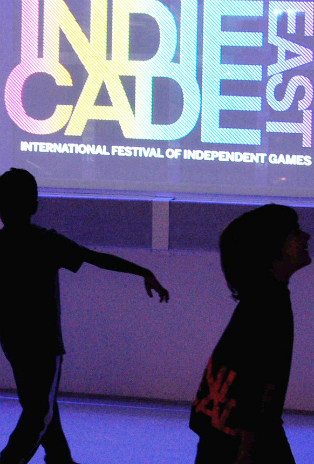 appreciate the influx of customers.

Indiecade East could hardly be more different. The East Coast Festival of Independent Games takes place at the Museum of the Moving Image in Astoria and attracts a few hundred people over the weekend. There are no bombastic neon-lit booths, arenas full of shouting fans or hallways full of cosplayers. You can’t get lost at the Museum of the Moving image. The local restaurants hardly notice a bump in diners, and while there are a few big names on display at Indiecade, such as PlayStation, it’s not the show where they make major announcements or unveil new things.

Indiecade’s real strength is its size – or, perhaps, its lack thereof. Nobody gets to see all PAX East in a weekend, no matter how quickly they run through the show floor, how many lines they cut (which will get you booted from the show, so don’t try it), or how fast they can blitz through what’s supposed to be a twenty minute game demo. It is possible to see all of Indiecade in a couple days, assuming you skip most of the panels and talks.

If Until Dawn was a movie, I wouldn’t remember it at all (Like Wrong Turn…that’s the one with the grim reaper killing kids who 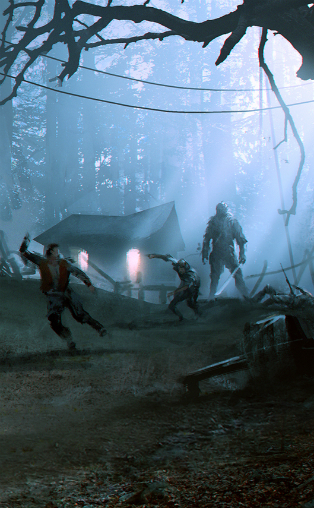 accidentally survive a car crash, right?). Thing is, Until Dawn is a videogame. Instead of rolling my eyes at the clichés, I had trouble tamping down my anxiety. I played the game in agonizing 20-minute clips, relieved when I turned the PlayStation off and turned up the lights.

Until Dawn’s success at revivifying horror clichés gives me great hope for the forthcoming Last Year, by Elastic Games. Last Year is an asymmetrical, six player horror game. Five players take on the role of stereotypical high school teenagers. The sixth player is the Killer, watching, stalking and ambushing the kids before they can arm themselves and escape. But it isn’t just like the movies – the kids can band together, improvise weapons and, conceivably, turn the tables on the killer.

The first question I have to ask is obvious: What’s your favorite horror movie?
One of my favorites is Cabin in the Woods, because it’s such a crazy yet unique spin on the whole genre. This was a point of inspiration for us having multiple types of killers with different abilities. It also got us thinking about those guys in the backroom of the movie, who were masterminding the demise of the visitors. They had control over the environment and decided what happened and when. They made it seem fun. We wanted to take some of that feeling and give the player behind the Killer abilities to experiment and mess with their victims. When somebody falls into your trap, it can be more satisfying than simply killing them.

[See the rest of our interview in Unwinnable Monthly #79!]

You’ve been reading an excerpt from Unwinnable Monthly Issue 79.