Back on April 27th, sports analyst, Colin Cowherd, working for ESPN at the time, ranted about ESPN airing a 2 hour Heroes of the Storm eSporting event. He said he’d retire from the network if forced to cover eSports; a wish that sadly wouldn’t be granted considering he was fired after racists comments aimed at Dominican baseball players in July. Despite Cowherd’s gripes, eSports are here to stay. Cowherd has continued to cash in on the growing eSports community by repeatedly insulting them on his show, The Herd. But all it takes is a look at his complaints to get a small snapshot of the medium’s growth:

With criticisms of eSports not being actual “sports”, all detractors like Cowherd are doing is shining a light on a medium growing at a rapid pace. Heroes of the Storm and Counter-Strike: Global Offensive, two featured games during the events he slandered, have dished out millions in cash prizes in 2015 alone, with Counter-Strike cracking $9 million since its release in 2012.

These earnings are merely the tip of the iceberg. A quick glance at EsportsEarnings reveals over $178 million in recorded prize money across the eSports platform, and global market research group Newzoo projects that the eSports audience will grow from 260 million to 335 million by 2017. Television networks aren’t the only ones noticing the upward trend, either. 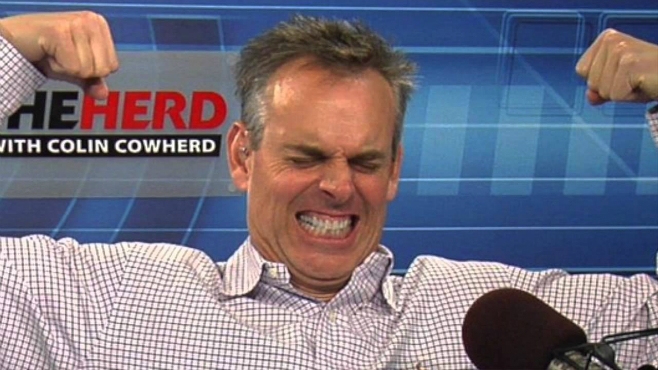 Electronic Arts (EA), for example, has launched a competitive gaming division to place Battlefield, Fifa, and Madden at major competitive events. It’s a natural fit for the gaming giant, and follows on the heels of another major industry force, Activision, creating their own eSports division with former ESPN CEO Steve Bornstein in the driver’s seat.

Gaming is a $91 billion global industry, and that figure is only going up. There’s no doubt the competitive side will remain strong and become more monetized. Hopefully as it does, it will continue to be in service of the culture, and not simply taking advantage of it like Cowherd.

Through the Keyhole: The Cuboidal Life of a Quadrilateral Cowboy
Previous Post