November 12th marks the day that 104 Xbox 360 games will become backwards compatible with Xbox One, and according to Microsoft, more titles will continually be added to the list beginning in December. This feature, when it was announced at E3 earlier this year, was almost universally praised, and for good reason: it comes at no cost to the consumer, and provides an easy way for 360 owners to replay their favorite games from last generation, while also allowing players who didn’t own a 360 to catch up on titles they may have missed out on. Seems like a win for everyone.

So, why then, have the recent slew of remastered versions of games not been so widely embraced? Peter Moore, the COO of Electronic Arts, said in an interview with IGN that remastered games feel like “pushing stuff out because you’ve run out of ideas,” and that going back to remaster old games would
take away from creating and developing new IP.

Furthermore, they seem like empty cash grabs strategies. The “Definitive Edition” of 2013’s Tomb Raider, for example, came out less than a year after the original game. Despite its slicker visuals, better framerate, and inclusion of the previous game’s DLC, some felt like they were getting charged full price for a game they had just finished playing, with not enough new content added to make it worth their while.

But here’s where that argument against remastered versions of last-gen games falls apart a bit: in the wake of the success of The Last of Us: Remastered, Naughty Dog discovered that about 80% of PS4 owners had never played an Uncharted game. That’s right, a vast majority of the owners
of Sony’s newest console had never touched one of the PS3’s most iconic flagship franchises. This is partly because many PS4 owners migrated over to Sony’s platform from the Xbox 360, and thus hadn’t played many of the PS3’s exclusive titles.

In this case, then, Uncharted: The Nathan Drake Collection, a high-definition remaster of the previous Uncharted titles, starts to make a lot more sense. With Uncharted 4 just a few months away, it seems entirely reasonable to give new PS4 owners access to this iconic franchise while also creating a sort of collector’s item for established superfans of the series.

Any announcement of a remastered game elicits murmurs from some hardcore gamers that echo the sentiments of EA’s Peter Moore: lamenting the fact that those resources didn’t go towards developing a new game. The thing is, as demonstrated earlier, not every game that is developed is going to made with most hardcore gamers in mind, and that’s okay. 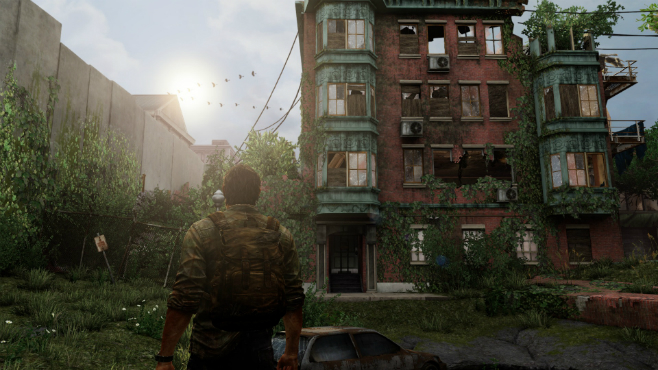 The first couple of years of a new console generation are inevitably going to involve developers acclimating to the new hardware and fully establishing a loyal player base, and if part of that includes remastering some of last-gen’s best games to make sure that new console owners are all caught up, that can only benefit the gaming ecosystem as a whole.

The cynicism toward remastered games is just another facet of the unfortunate elitism that plagues the gaming community. It seems to come from the same place that causes hardcore gamers to scoff at the annualized releases of annualized franchises, like Call of Duty, and the inevitable slew of sports games. But these games consistently rank among the best-selling games every year, and we would all be better off if we could see that remastered games are a necessary part of including more and more players into worlds we already know and love.

Electronic Arts, Microsoft, Naughty Dog, The Last of Us, Uncharted