In each portrait, these electronic devices take center stage so that people stare at their artificial phalluses (phalli?), often ignoring beautiful surroundings or opportunities for human connection. The results are a bit sad and eerie — and a reminder, perhaps, to keep our sex toys in the sock drawer. 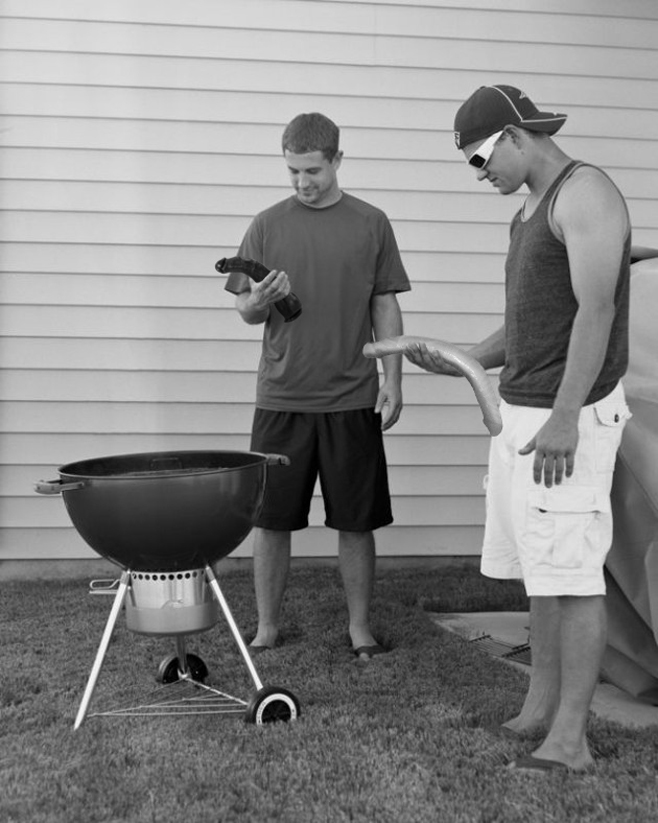 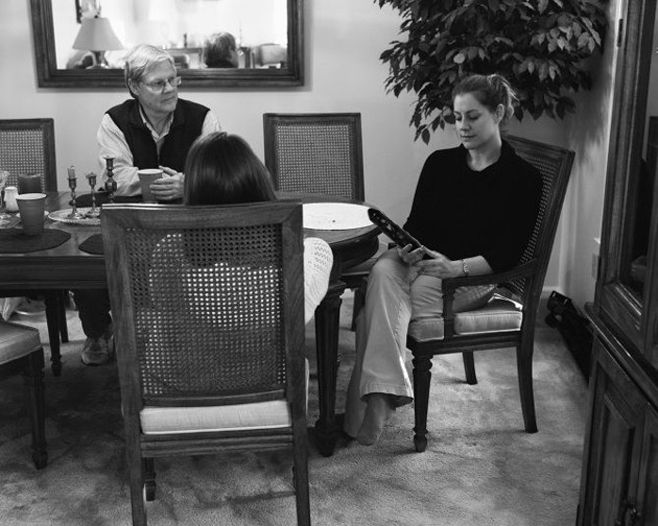 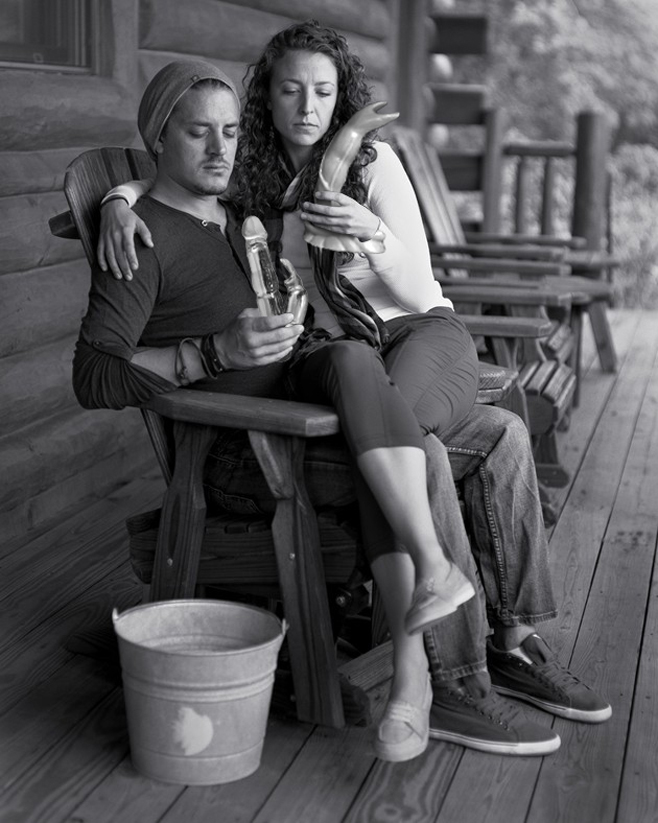 Editor’s Note: We’re taking the piss on a article from The Atlantic called “‘Removed’: A Photographer Caputers the Isolation Effects of Cellphones.” You’ve probably seen it on your Facebook feed. If not, you can check out the original here.

The thrust of the story and the project it reports on, if you’ll forgive the double entendre, was so simplistic I couldn’t help myself. I had to ask my friend Jack Forbes to composite in sex toys. Had to.

I get that every time a new technology comes out, the older generation thinks that the younger generation is going to turn into a bunch of socially stunted zombies. It happened with videogames and television and movies and books. I bet minstrels got run out of town with alarming frequency for turning the kids into a bunch of shiftless layabouts with their devil’s music and poetry.

Phones are not socially isolating. The internet, for all its problems, is an inherently social construct. In fact, if you felt like an isolated weirdo fifteen years ago, the internet has probably helped you find a community of people who share your niche interests from all over the world, from football fans to furries.

Sure, seeing everyone staring at their phones is strange for folks who remember when it wasn’t such a prevalent thing, but trust me, Mr. High Concept Photographer and Mr. Magazine Writer, we’re going to be OK.

The kids are all right.

The kids are always all right.

Original photos by Eric Pickersgill, altered by Jack Forbes. Original text by Steve Mollman, doctored by Stu Horvath. The story, in its original unvandalized form, appeared on theatlantic.com. Hopefully they won’t sue us.

Jack Forbes … some have referred to him as the Dildo King of South Eastern New Jersey (which is strange considering he lives in Brooklyn) but he simply refers to himself as The Jack. An illustrator and cartoonist for hire, he sells his skills to the highest bidder or those with a good cause. Known primarily for highly detailed and beautiful designed pornography, he’s also known to contribute to Outdoor Life Magazine, Square Mile Magazine, Furoticon, Amazing Forest and a host of anthologies you’ve likely never heard of. You can find more of his work at his Facebook or his infrequently updated DeviantArt.

Stu Horvath is the editor in chief of Unwinnable, which means when something annoys him online, he can actually draw wieners all over it, publish it and call it social commentary. Follow him on Twitter @StuHorvath.

How does an ARC Welder work

A Perfect Storm is Brewing for Monster Movies