There’s a new mewithoutYou album coming out in a few days, and the first single off of it is actually really good. This is surprising to me, because their last couple albums have been some really unfortunate bullshit.

MewithoutYou has had a strange trajectory as a band. They put out their first full length in 2002 and it’s an absolute banger of an album. Fourteen years later it still holds up as an incredible example of how good post-hardcore can be. Their next album, Catch for Us the Foxes, came out two years later and also ruled. Aaron Weiss’s vocal delivery through both of these albums was unique and it worked so well for their sound.

After that, though, came three more full-lengths that are borderline unlistenable. Like a lot of aggressive bands do when they start pushing thirty and having families and shit, they drifted into a bland sort of indie rock thing. Most of what made them interesting disappeared, especially the vocals, which began to resemble those of someone who’d spent far too much time at the Coachella main stage.

I had sort of given up on this band ever being decent again, until about a month ago, when the first single from the new album, Pale Horses, came out. It’s legitimately great; not in the exact same way as their early material, but it’s back to being something interesting. 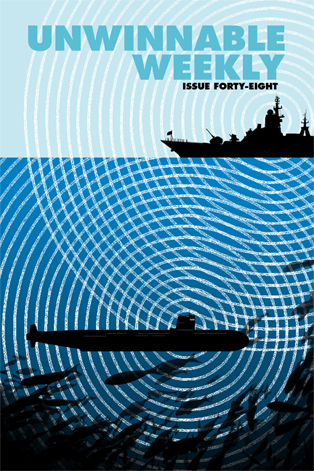 That basically never happens, right? It’s pretty remarkable for a band to escape that downward spiral into mediocrity that so many aggressive or experimental bands go through, and if the new record is as good as this single is, it’s going to be a seriously impressive achievement.

Of course, there’s another elephant in the room here: mewithoutYou started off as a Tooth & Nail Records band, which is a bizarre organization. If you’ve heard of them before, it’s probably because of early 2000s metalcore acts like Norma Jean and Underoath. The connective tissue between bands like that and a band like mewithYou is that they’re all…really fucking religious. Tooth & Nail, along with their “metal” imprint Solid State Records, exists almost entirely to sign and promote overtly Christian musical acts, and they’ve had a crazy amount of success in doing so.

I really do mean overtly Christian, too. When I was 17 or so, I saw Underoath play on the short-lived Taste of Chaos tour, and their singer talked about Jesus a bewildering amount between songs. I’m pretty sure they even had a song with the chorus line “Jesus, I’m ready to come home” on one of their earlier albums.

I’ve always had mixed feelings about mewithoutYou for this reason.

You’ve been reading an excerpt from Unwinnable Monthly Issue 48.