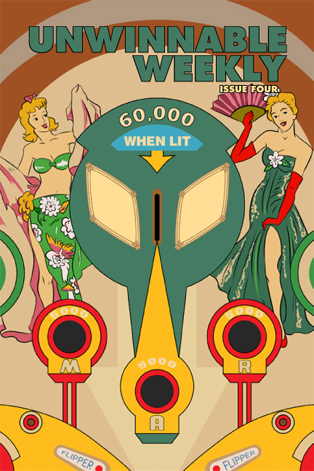 I am writing this on the eve of my flight to Los Angeles. There, I will attend my fourth E3 in five years. A lot has changed.

We have a new console generation awaiting a matching generation of games and virtual reality headsets rolling out to skeptical consumers. We have the rise of the mainstream indie developers, a seeming contradiction in terms, who will be featured in large numbers in the press conferences and on the show floor.

All these things will be presented to journalists and other industry professionals at top volume and accompanied by glaring lights. I wonder how much of that is designed to capture our love or to point the way to the future. I rather think that most of the sound and the fury is meant to distract us from that graveyard populated with the has-beens and never-weres, the motion controllers and the 3D televisions and countless forgotten franchises.

Whatever the case, I will play games and meet friends and have good time despite the madness of the dog and pony show.

But mostly, I will look forward to the next GDC.

Something that hasn’t changed much in five years: Unwinnable’s dedication to telling strange and off-beat stories. Issue Four is no exception. Within, Jill Scharr discovers the anti-narrative of Elegy for a Dead World; Owen R. Smith introduces us to an entirely different sort of Shakespeare; L. Rhodes falls for a 67-year-old pinball machine named Marjorie; Sarah Ellen braves the summer storms of Australia while racing against a wizard’s wicked agenda; and we introduce our new advice columnist, who just happens to be a Space Marine living 38,000 years in the future. All that, wrapped up with illustrations from Chris Martinez, Amber Harris and yours truly. Hope you dig it!

This is a reprint of the letter from the editor in Unwinnable Weekly Issue Four. You can buy Issue Four individually now, or purchase a one-year subscription to make sure you never miss and issue!