During the Christmas season of 1993, a 19-year-old version of me had a job at the Paramus Park Mall. I worked at a kiosk that was situated in the middle of the hall between a Disney Store and a Coffee Beanery. I bought a tea-making machine for my dad that Christmas from the Coffee Beanery; he still uses it. The kiosk I worked at sold autostereogram art, usually known by the brand names Magic Eye or Holusion. I would stand there and help people see the picture and then hopefully sell some by pointing out that they’d make a nice addition to any dorm or rumpus room. 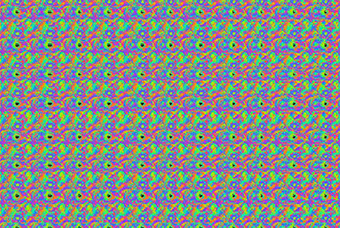 Shortly after Labor Day, a new kiosk moved in next to ours called Putting Pro. As one might expect from the name, they sold golf-related merchandise and their main focus was on putting. I grew up around golf, as my father loves the sport. I could talk about golf – I liked Caddyshack. There were two guys that worked there, Jesse and Dan. We would spend a lot of the down time making small talk and chitchatting throughout the day. They were nice enough.

Jesse was a pleasant, clean-cut golf enthusiast and the younger of the two. He was handsome and friendly. Dan was a big older man. He wore a wide-brimmed hat and had a walrus mustache like Wilfred Brimley. He took a lot of cigarette breaks and at that time you could smoke in the mall.

There was a girl named Mina who worked at the Coffee Beanery and would smoke with Dan. She was nice and liked Jane’s Addiction, a lot. She would smoke cigarettes with Dan and tell me, “Dan is weird.” I didn’t know what she meant at the time. I just thought she was cute and she was the first person I had met that identified themselves as bisexual. We talked about music and I was pretty awkward. 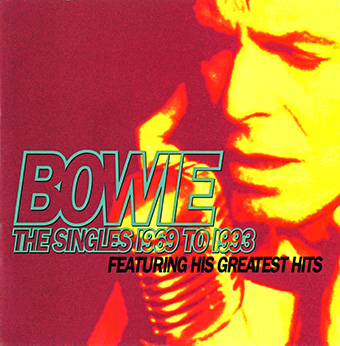 That winter, Rykodisc released the David Bowie Singles Collection. Rykodisc had very identifiable jewel cases for their CDs – they all had this green hue to them and their discs were always loaded with extra tracks and cool liner notes. This collection contained the 1977 duet with Bing Crosby, “Peace on Earth/Little Drummer Boy,” from the holiday television special Bing Crosby’s Merrie Olde Christmas. The song had been out of print for some time and I liked David Bowie.

I was talking to Jesse and Dan and I told them how excited I was about the fact that a new David Bowie release was coming out. I probably had a small stack of magazines I got from Tower Records at our kiosk. I might have been chipper and friendly in my manner of speech. Sometimes I lisp. Jesse seemed interested in what I had to say, as he was just there to make a few bucks and have polite conversation. Dan, on the other hand, told me straight up, “David Bowie is a fucking faggot.” As a perceptive 19-year-old, I was immediately able to surmise that Dan was not using the word faggot in any way other than with hostility.

I didn’t like where this conversation was going and I was at work. It was easy for me to become distracted and get back to the kiosk. I was, after all, selling crappy “art” in the mall for Christmas. Ho, ho, ho. Getting into it with this guy would not be worth my time.

However, I was not against goading him a bit. So…I told Jesse that when I went to dinner he should tell Dan that I was gay.

I went upstairs to Chik-Fil-A for dinner. I was only gone about 15 minutes. I couldn’t be gone long since it was Christmas and I was alone that night.

I told Jesse that when I went to dinner he should tell Dan that I was gay.

Christmas shopping continued to happen and Dan came back to Putting Pro about half an hour later. Shortly after that, Jesse went home.

“Listen you little faggot – I am going to redecorate the mall with your insides. What you think of that, faggot?”

It was nine days before Christmas. The mall was packed.

I realized that things were not going to work themselves out – this guy was really pissed off. I had to tell mall security.

This ended up escalating quickly. I locked up the cart and walked in the direction of the pay phones. On the way, I stopped and spoke to one of the mall security guards and informed him of the situation. From the pay phone, I called the manager of our kiosk and left a short message, then called my father to let him know what was going on.

I returned to the cart. Thankfully the mall was closing in about a half hour. Dan was blissfully ignorant of the situation at hand – he scowled and continued to act rude towards me. There was nothing left for me to do but wait it out and dodge any flying fists that might come my way. Thankfully it didn’t get to that point. I went home without another incident.

The next day, my father and I went to the Paramus police department to file a report. We were helped by a friendly officer named Detective Klink (my dad and I later joked in the parking lot that his name was like the Nazi sergeant from Hogan’s Heroes). Turns out Dan had several prior incidents of bad behavior in his past. Dan was an asshole. Detective Klink told me that it was up to me if I wanted to press charges or not.

I didn’t press charges. There was no crime done. I had baited this guy into an argument. That being said, he was still an asshole.

The owner of Putting Pro contacted me and I told him straight up that I didn’t want Dan to lose his job right before Christmas. In the end, I knew Dan was a piece of shit, but I didn’t want to carry any guilt or bad karma considering the fact that I pushed his buttons. So he didn’t lose his job and I turned the other cheek. I had to see him till the end of the year. Then the seasonal kiosks closed up and Dan was gone and I have no idea what happened to him afterwards.

A few days after the event I saw Mina and she told me I should have, “gotten that asshole fired.”

I tend to think of David Bowie around the holidays.

Follow Chuck on Twitter @JapanDudeGirl. Read more of Chuck’s thoughts on David Bowie in the Best Music of 2013.