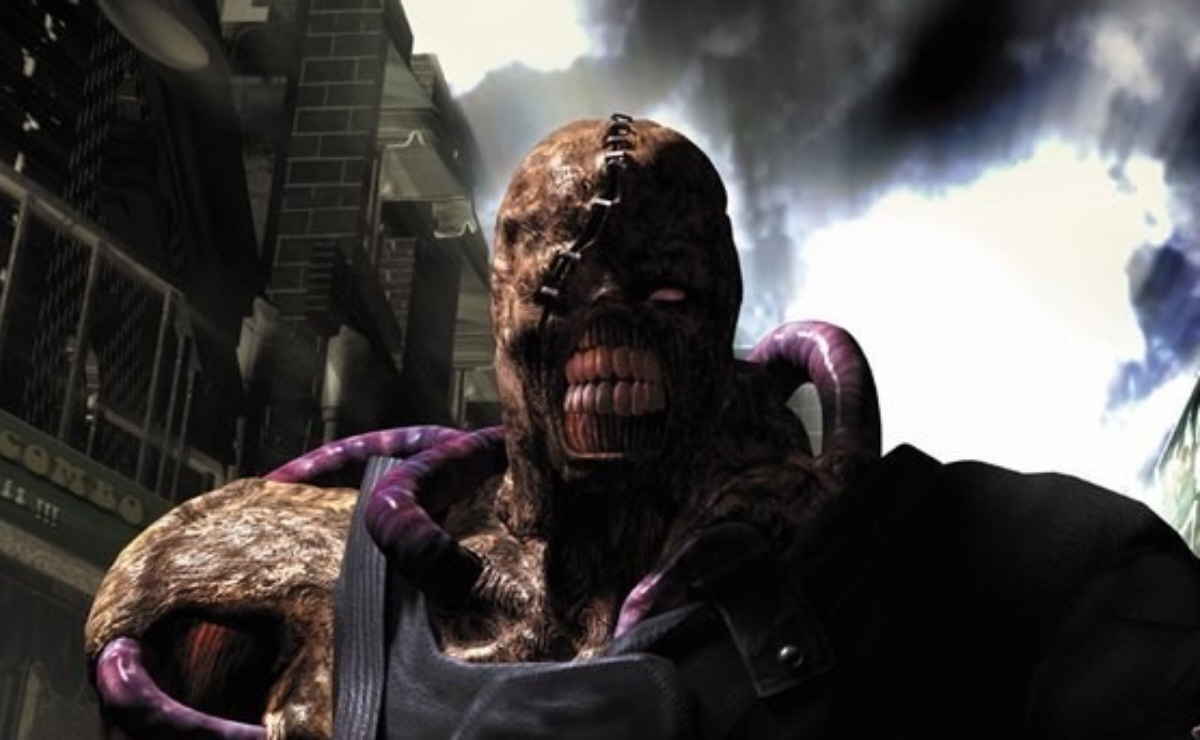 James had a PlayStation before me, and sometimes I would go to his house to fish through his pile of white-topped disks. The ones with their names written on them with black permanent marker.

Some of them didn’t work, but some of them did. This was where I first played Rollcage and Hogs of War and where my adoration for all things horror and bad films was fostered.

They’re probably right, in their cold scientific ways, but I think fear has a more simple explanation.

Jill Sandwiches and inset zombie eyes. And those dogs.

James was playing, me his vocal sidekick. I’ve always made my opinion of the opening FMV clear: It’s dumb as hell and I still love it. Despite my age I was snarky enough to make fun of its dialogue, too, but I wasn’t brave enough for those dogs.

When they crashed through the window we stared at each other and tried to laugh it off. Followed by me ejecting the game and James opening the curtains.

It was bright outside. I remember that, too.

A few years and a few Resident Evil games later, now I’ve got a sidekick. I’m playing Resident Evil 3 with Tom, passing the controller between us.

We’d wasted our bullets on the zombies that were stuck in the fire. We’d not realized we could have vaulted the box in the first alley. We’d let Brad shoot the zombie because we’d ran out of bullets. And then we chose to run into the Police Station instead of fight Nemesis outside.

Of course we did. We couldn’t even climb the first box, never mind kill Nemesis. “Kill” Nemesis, we thought. I hadn’t seen many slasher films by that point either. 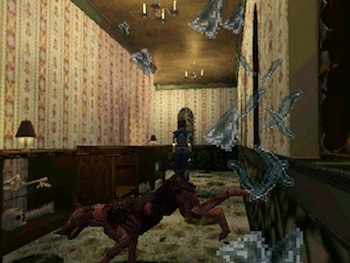 Somehow I end up with the controller and I end up walking around the huge gothic police station. It looked like it was made of just marble and stone and zombies, and with the echoes of the huge lobby it was a scary place for someone who wasn’t comfortable with being scared yet.

And I remember this moment as clearly as those damn dogs. The game forces you to double back. First you go past a window at the foot of it and up the stairs and then you’ve got to come back down later. And just as you reach the top of the stairs, you hear a window smash.

I remember it well. Just as well as remembering that being the moment Tom didn’t want to play anymore.

Capcom cheated here, but it’s such a beautiful swindle I can’t fault them. It’s such a simple bait-and-switch, such an effective scare, that continuity doesn’t matter. To this day I still think it’s the purest of video game scares.

You hear the window smash. You walk slowly down the stairs. The window is still intact. You wonder what the hell is goi – Nemesis jumps through the window.

I’m pretty sure I let go of the controller and I’m pretty sure we both leaned over to turn off the PS One. We probably played Worms after it. The Survival Horror team was broken up, happy to be just against each other again.

There are a lot of scientific reasons to explain why we search for people to watch scary films and play scary games.

In his book Dreadful Pleasures, James B. Twitchell posits it’s something to do with it being a “rite of passage,” that it’s about sexuality and the loss of innocence. The feverous need to consult people for advice and friend-of-a-friend stories. The same reason why all the kids in Friday the 13th smoke weed, drink and fuck.

Stephen Prince’s book The Horror Film even carries the suggestion that scary stuff teaches us coping mechanisms and survival strategies. That we’re learning something whilst we watch or play and that when we learn and improve together we get a bigger sense of satisfaction. 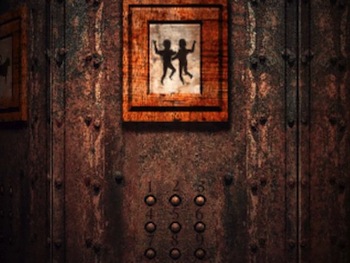 They’re probably right in their cold scientific ways, but I think there is a more simple explanation.

That fear is one of natural emotions. Anytime one is triggered we want it to be with someone else. It’s why dates to watch romantic stories (film or otherwise) were invented. It’s why so many 21st birthdays end up with gambling in big, greedy groups of stupid. And sex, in general. I guess.

Together is where the real stories happen. Where each becomes a sidekick to a heightened sense of occasion.

Like the time Kyle’s friend stayed over for three days, just so that when Kyle played Resident Evil there wouldn’t be anything too scary.

Like the time Dave and Joel couldn’t figure the Zodiac puzzle in Silent Hill, wondering why it was four for the horse and six for the centaur. And like the time Flupty got blamed by Hosea for Eternal Darkness’ insanity tricks.

And like the time Tom wouldn’t take the controller from me. And I had to go down the stairs alone. Together.

Daniel Winters once bought Dan Pinchbeck a drink – you can read all about experieences on his blog at smalldreamsgainingspeed.tumblr.com