My friend was screaming at the top his lungs, “Get the fucking money, yo!” I reached and grabbed the bag in front of Tuco and we ran off. We left in a cloud of smoke, they couldn’t even see us, but he ended up getting shot five times in the back. 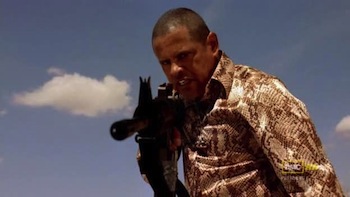 He started coughing, and as I looked down on him from above, I could see him in a pool of his own blood. “You go Jordan, you finish this…for us!” He coughed, and his eyes set back and that’s when I knew he was gone.

That’s why I can’t watch Breaking Bad before I go to sleep anymore.

Generally, media informs a large percentage of my dreams, though the ones that aren’t affected are pretty damn boring. The most consistently recurring dream I have takes place in my childhood home in California. I close my eyes and see a pattern: it starts to separate,getting blurry. The colors change and I realize it is an extreme close-up of the stitching on this horrifically orange and black (somehow en vogue in the 70’s) couch.

In extremely slowed down yet fluid camera pans, I see the scope and breadth of my childhood living room, as the camera does a quick zoom to the backyard, where there are deer eating tangerines off the branch. My dream continues to trail up the hill in the backyard where it eventually gets blurred into a forest.

Then I wake up. I don’t think I ever had one of those tangerines. Where’s the over-the-top symbolism or direct metaphor there? 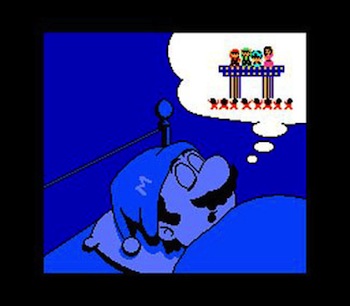 Either way, my dreams are nothing nearly as exciting as I would have hoped for considering what the media portrays them to be. I’ve always wanted dreams as symbolic as the unicorn sequence in Blade Runner, or the lush and gorgeously intricate sub-sub-conscious landscapes as Inception. Sadly, I know that this kind of vivid imagery isn’t likely.

But why not? Dreams don’t have to be rooted to reality. When they are, our experiences can be quite beautiful. And if we encounter reality-shifting perspectives and visions of the future on a day-to-day basis, why can’t our mind replicate these events that we encountered as well?

Then there’s the famous “it was only a dream” trope (with Super Mario Bros. 2, The Newhart Show and Dallas containing a few such examples.) 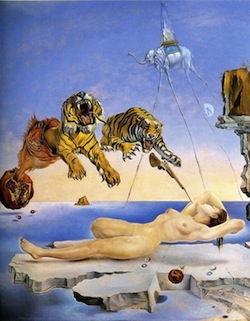 The one that I always have involves me waking up, looking at the clock and realizing that I’m going to be late to work.

I rush out of bed, perpetually getting on the subway. Inevitably I get to my job late and my manager tells me that I’m fired. That’s the exact moment that I wake up. There’s probably nothing worse than dreaming about work, or the quotidian.

Just once I’d love to have an escapist romance dream, like the one depicted in Brazil, or one like the musical interlude in the Big Lebowski, but as of yet it has not happened.
Is it possible the recreation of dreams in various art forms is always more over the top, because our day-to-day dreams are so lackluster?

I know I’m not the only one that hasn’t ever had a dream like Dali depicted in his “Dream Caused by the Flight of a Bumblebee around a Pomegranate a Second Before Awakening”.

Perfect Bid: The Contestant Who Knew Too Much
Previous Post