When I think about the VHS era, two tapes come to mind. The first is my uncle’s copy of Tales from the Crypt: Demon Knight, left behind when he moved out of the guest bedroom in my childhood home. The second is an unlabeled monolith covered in Robotech stickers, discreetly passed between me and my friends between periods during high school. 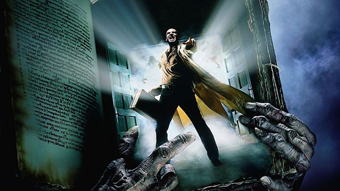 I don’t think about the stacks of fuzzy recordings of my youth, the Masters of the Universe Christmas special my parents recorded for me while I was sick, or even my dad’s beloved bootleg copy of Koyaanisqatsi that he’d trot out whenever he wanted to impress our more cultured guests.

I started thinking about this recently while watching the Netflix original show Orange is the New Black, which is a funny, charming, and altogether great “dramedy” about a yuppie white lady who ends up in a women’s prison. The previews made it out to be a relatively toothless experience, more in line with basic cable than HBO or Showtime.

Within moments, you see some bare breasts. Then there are some more. Then there’s a lesbian sex scene that’s damn near pornographic itself, the complete lack of privacy that goes along with prison life made brutally apparent to both the main character and the viewer in a brilliant moment.

I was shocked. It wasn’t the content itself that got to me, far from it. It was the fact that it was simply there, a scant click away on any variety of set-top boxes or videogame consoles. I could have watched it in any of a wide range of scenarios: on the bus, between periods in my very own classroom, even while on the toilet! It seemed like some sort of holy sacrilege that such content, gritty and forceful, was so freely accessible.

Problem was, I had to actually watch the movie to get to the good parts. No skipping DVD chapters or thumbing through a video timeline. More often than not, I’d sit through an entire two-hour feature just for a brief ecstatic moment of sideboob or the rare glimpse granted by a shower scene. My success rate depended a lot on what I had access to at any given time. My young-ish uncle had questionable taste in film, so through his collection I got access to everything from Fast Times at Ridgemont High to my aforementioned standby, Demon Knight. But my poor friends whose parents had taste (or a clear sense of what their kids were up to) were stuck fast-forwarding through flicks like Sleeping with the Enemy and being left with little more than Patrick Bergin’s bare ass. 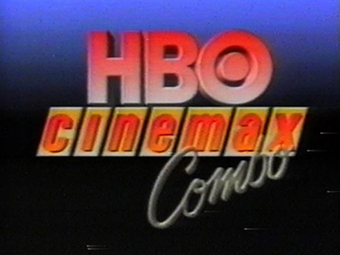 The closest I came to the kind of free access to seemingly innocuous softcore that modern kids enjoy was the premium network Cinemax. I happened to know somebody whose parents had blindly signed up for the top-of-the-line cable package, unaware of the fury they were about to unleash. Suddenly I was set. I was only one blank VHS tape away from something starring Shannon Tweed. Sure, it would be nigh unwatchable save for a brief few moments of glory, tucked in between anywhere from 50-75 minutes of terrible dialogue, but those were the breaks. It was an imperfect solution, but it was all I had.

So my freshman year of high school, four of my close friends and I made “the tape.” It was a labor of love, a compilation of all the single moments we’d discovered over our polychromatic travails. We decorated the box with anime stickers to throw our parents off the trail, a subtle gesture that we hoped would move their eyes past the strange black VHS case casually resting on our respective desks, dressers, and media centers. Inside was a piece of graph paper, which had the time stamps and titles of all the films to grace the hallowed cassette, a monument to the eternal hunt for the forbidden.

We passed the tape around like a child of divorce. One kid would get it every other weekend, another Monday and Tuesday with alternating Wednesdays. There were only five of us, so it generally worked out that we all got equal time with it, the idea being that we were always on the lookout for new additions. Once the tape filled, we started to cannibalize the beginning, recording over the beloved but tired opening acts. By the end, the poor thing was beaten and abused, so worn that you’d have sworn somebody had just recorded the scrambled Playboy channel on it.

Then the Internet came and ruined it all.

Since then I’ve returned to the hallowed halls of education as a teacher. When I look at my students, all the same age as I was when the tape was curated, I can’t help but wonder about their relationship to the verboten naked human form. With the entire world wide web at their twitchy fingers, they’ve got access to everything from Max Hardcore to Eastern European protests, a mythic cornucopia of breasts, asses and dicks that’s ever changing according to their fleeting whims. Everything is streaming and hidden on cellphones or laptops, naughty bits squirreled away in every corner just waiting to be glared at. The thrill of the hunt, the ecstasy of finding the White Whale, is completely gone, replaced with a bland platter of “White Whale brand imitation meat available in 25 new flavors!” 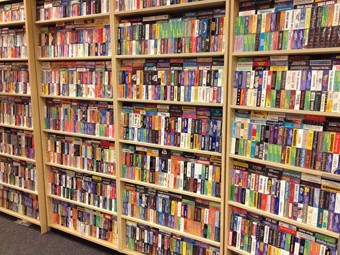 I’ve seen them flit between shows on Netflix during lunch, popping from minuscule episodes of Adventure Time to Spongebob Squarepants to half of an episode of Futurama in the time it takes to eat a beefsteak cheeseburger. It’s a not-so-subtle shift towards instantaneous gratification, a love of having things right the fuck now no matter how badly the quality suffers as a result. Media is consumed and forgotten so quickly that it blends into a shapeless grey paste of culture. Ask any teenager about the last horror movie they saw and see if they can actually describe it (bonus points if it’s a Paranormal Activity film).

As an English teacher, I see it in their general difficulty with accomplishing tasks that take longer than 15 minutes, my lesson plans becoming more encapsulated with every year. Five minutes shaved off a silent reading period here, 10 minutes there, attention spans plummeting faster than I can catch them. Why take the time to create the thing you want when odds are good it’s already out there for you to simply consume?

So whenever I’m visiting my old high school friend and see that solemn black cassette in its final resting place next to his Predator Blu-ray, I’m reminded of what VHS means to me. It means waiting, the delicious anticipation of crafting a perfect compilation with my own hands before I can watch it, of taking pride in the comments of my friends when they see my new additions to the collection.

I imagine it’s similar to what my ancestors thought when they walked into their first big-box grocery store after decades of growing their own food. Wonder followed by a silent sadness at something primal that has been forever lost.

When he’s not dropping Metal Gear Solid references in his vocab quizzes, Jason is writing over at Pixels or Death or talking about old PC game soundtracks on Twitter @JasonRRice.

Nostalgia, Orange is the New Black, remember shannon tweed?, tales from the crypt demon night, VHS, Video Store Week, what we had to put up with