I’m currently lying in my grandfather’s bed in what is, as of last Thursday, a spare room at my auntie’s house. This would be slightly less weird if tomorrow I wasn’t going to my grandfather’s funeral, but the house is filling with extended family, and you have to sleep in whatever bed you can find. 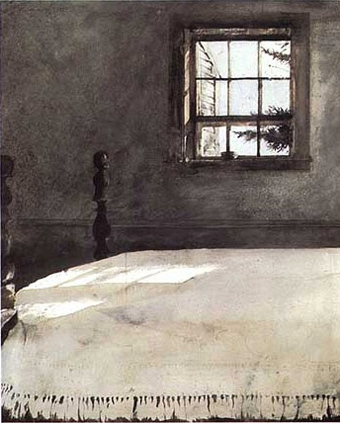 Pa, as he has and will always be known, passed away in the early hours of the morning last Thursday. Peacefully, if the nurses are to be believed. He was a few days older than 91. The previous weekend he had a birthday with most of his daughters and his one son, my father. They celebrated what they all knew would be his final birthday. I wasn’t there, but it sounded like it was really nice.

Pa had been living in my auntie’s house for maybe a year after Ma, my grandmother and Pa’s wife of about 65 years, passed away three years ago. Since Ma’s death, Pa’s health slowly went downhill. He looked after himself for a while (a vital part of Ma’s wake was my aunties teaching Pa how to use every device and utensil in his kitchen) but I think he knew he was on his way out.

I won’t say Pa wasn’t stubborn, but he was far less stubborn than most of the elder people I know. Really, I can’t imagine not being stubborn in my later years. I can’t imagine having to admit that, yes, I am going to die in the near future. When you accept that you shouldn’t be driving anymore, when you need a walking stick, when you can no longer live independently, that is really what you are admitting: that you are going to die soon, that you have less days ahead of you than you have behind you.

I have a lot of reasons to be proud of Pa. When he was in the army, he used his new promotion to corporal to take 10 extra days AWOL to spend with Ma. (A private would be thrown in the brig for that much AWOL, but a corporal would only lose a stripe. The story goes that his mother only stitched the stripe on by a thread since he was certain to lose it; when the furious sergeant tried to make an example of Pa’s sleeve, he instead ended up throwing himself onto the ground). He was a devout Catholic his entire life, but the kind that takes to heart the “be kind to your fellow man” side of the Bible, not the “be a bigot” side. When I was about to head to Japan for a one-year exchange program after high school, I was worried what he would think about that, having fought the Japanese in WWII. But he was thrilled. “It is up to your generation to make amends,” he told me. I can’t remember if I told him how much it meant to hear him say that. I probably didn’t.

The point is Pa was a good man and there were plenty of reasons to respect him. But it was his relative lack of stubbornness in his final years that I am most proud of. Well, maybe not ‘proud’. Inspired. I found it inspiring.

Once Ma died, I always felt that Pa was just kind of waiting. Not that he gave up on life. More so, he was just…ready. He had lived. He had served his country. He had a marriage longer than many lifetimes. He had a family of children, grandchildren, and great-grandchildren larger than some small towns. At 91, he had lived his life. He was ready, I think.

The last time I saw him was in June this year. We all knew at this stage that the end was not too far off. He was still lucid, but he walked terribly slow and could hardly see or hear. I remember the Pa from my childhood, spending hours on end sitting outside on the porch with a broadsheet newspaper, savoring every word. The thing I found most heartbreaking in those final years as his body began to fail him was that he couldn’t read his newspaper anymore. Instead he would just sit for hours the way he used to sit, but doing nothing. Just…sit. Sit and wait.

But he could still speak. Helen and I sat and spoke with him for a while that last visit. He told us that he knew he would be joining Ma before long. He didn’t seem too upset about this. He told us of a friend he had back in the town he lived in before moving in with my auntie. This friend was determined, above all else, to live to 100. That was his only goal. Pa thought this was ridiculous. Pa wanted quality. Not quantity. He knew he had cancer, and he refused to try to treat it. When the quality was gone, he didn’t want to just linger around for the sake of it.

I didn’t see him for those final months, and I don’t want to pretend I know what he or my auntie and uncle looking after him went through. They might disagree on my verdict of Pa as not stubborn, especially when he would not even take his painkillers in those final weeks. But that last time I saw him – I’m pretty sure we both really knew it was the last time – I don’t think I’ve ever been so jealous of or inspired by another human being.

We spend our lives trying to know an unknowable future, wanting to ensure it will be better or, at least, stable. Fame, fortune, health; all these concerns play on our mind because we want to secure our place in the future. One where we will certainly be alive because we don’t even want to consider that one day we won’t be. Our mortality would be crippling if we weren’t able to delusionally ignore it most of the time.

He couldn’t read his newspaper anymore. Instead he would just sit for hours the way he used to sit, but doing nothing. Just…sit. Sit and wait.

I want that. I want to, one day, be happy to accept my own mortality because I have done enough. I want to be so content with what I’ve achieved with my life that the future doesn’t terrify me.

Two rooms away, my dad is struggling to write a eulogy for his father’s funeral. My father who, within the next week, will be a grandfather himself – and me an uncle. And here I lie in Pa’s bed. It smells like Ma and Pa’s house smelled for my entire childhood. It’s a comfortable smell that I might never smell again after I leave this house. There is a statue of the Virgin Mary and a crucifix on a shelf over my head.

Pa’s watch is still on his bedside table, ticking loudly in a way only elderly people’s clocks tick. And all I can think of is that my grandparents are all passing away; my father is about to be a grandfather; I am about to be an uncle; my brothers who will enter high school within a couple of years have no memory whatsoever of 9/11. Radiohead’s OK Computer is 15 years old. My 27th birthday is closer than my 26th, and even the idea of accepting I’m an adult now is too much to think about. As my dead grandfather’s watch ticks and ticks irrespective of a lost master, all I can think about is how we are all getting older and older and we are all going to die and everyone who remembers us is going to die, too, and time will just keep on marching forward.

It’s the kind of knowledge that could incapacitate a mortal being. It’s exactly the kind of thing we aren’t meant to be able to dwell on. But for once, it doesn’t bother me. Instead, all I hope is that one day I can sit contently in a chair on a porch, too blind to read the newspaper, and not worry about any of this. I hope I can just sit there, knowing my life from front to back and just be content about what has already happened.

Follow Brendan Keogh on Twitter @brkeogh. The illustrations for this piece are cropped watercolors by Andrew Wyeth: That Gentleman (1960) and Master Bedroom (1965).