Let me paint you a picture of human misery.

You are staring in the face of a screaming child. He is crying as hard as his body can handle. His eyes are scrunched down to straight lines and tears pour down his cheeks. This is the worst day of his whole short life – and he’s furious too, with a righteous anger. It’s the face of someone who has learned that the world ain’t just.

This is my kid, the last time he played Invizimals.

It’s as if your home had turned into a Brooklyn apartment!

If you don’t remember the game, Invizimals was a Pokemon-style title about collecting little creatures and making them fight each other, but there was a twist: the game shipped with a camera that screwed to the top of your PlayStation Portable. With the camera, you could search for Invizimals in the real world, giving you the illusion that your living room, your homework pile and the toys jammed under your bed were crawling with violent little critters. It’s as if your home had turned into a Brooklyn apartment!

But here’s the problem: you can only look for Invizimals when the game lets you. You’re working through a campaign, and so you have to watch the cutscenes, follow the tutorials, and win the battles. You can’t veer off and collect more creatures: the game jams its open palm right in your face and pushes you away from the one thing you want to do: use that cool camera thing to find animals behind your toilet.

Now, when I explain this, I sound like an adult.  I give you the positives, I tell you the negatives, I craft an argument, and I hit “send.” But that’s not how a kid sees things. To a kid, this whole situation is a lot more dramatic. To a child, videogames are not a “hobby” or “entertainment” or “art” or any of that. They are a mile or two above chocolate milk, mommy big hugs and Christmas morning. They are the revelation of magic to an unformed mind. 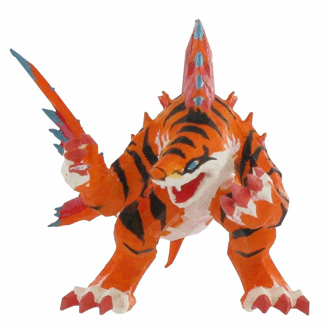 Then, on the other side, you have raw evil: the campaign mode of Invizimals, which takes the best part of the best thing in the universe and snatches it away. When you experience this as a kid, you don’t put a lid on your feelings. You can’t take the long view or balance your good days off your bad. In fact, kids have shitty impulse control all around. So when someone dangles the greatest new thing you’ve ever seen right in front of your face, and then you are denied that thing, you will go mental. You will scream and cry and rage at God.

Most of us here are (probably) grown-ups. And yet somewhere, we have the same emotions as a kid. We love videogames, passionately and irrationally. And we hate them, when that love is denied. You and I can repress and control those feelings – but they still slip through, when we’re weak.

The word “entitlement” has cropped up in gamer talk lately, e.g., Mass Effect 3 fans feel “entitled” to whatever game ending they want. The fans care too much, but we can explain – if not excuse – this behavior by going back to the small child mindset: of course they care too much. It’s not an entitlement but a need. What does “too much” even mean?

We force kids to grow up eventually and gamers, too, must learn to cope with not getting what they want. At the same time, I wish I’d had a camera handy so I could have recorded this entire meltdown, posted it to Vimeo and shared it with the makers of Invizimals – and any other game designers who, having made a game with one awesome feature, decide to ration and wall off that one great thing and to tease it and withhold it until the player breaks down in tears. If your game does only one thing well? Let the player do that thing as much as they want. Please.

My kid and I don’t play Invizimals anymore. I keep it hidden in a drawer. Once in a while, he asks where it went, and I distract him with Ziggurat or something. We all have to know our limits – and I sure as hell know mine.

In this column, I’m going to talk about playing games with my kid.  And let’s address this right now: I know that writing about your own kid is a touchy subject. Some of you may worry that I’m only writing about my son because he’s my son. You may think  I’m one of those dads who thinks his kid is the cutest little darling and that I can’t wait to bore you to tears about it.

That’s not what I’m here to write about. I swear. Stu wouldn’t even let me in the door if that was what I was doing. I’m not here to tell you my kid is special, cute, or even above average. I’m here to observe him as he grows into a tiny little everygamer, and study all of the problems he runs into on the way. You may even recognize yourself in some of these stories – the way you acted as a kid, or maybe the way you act now. And if I ever stray and get cloying?  I’m sure you’ll all tell me.