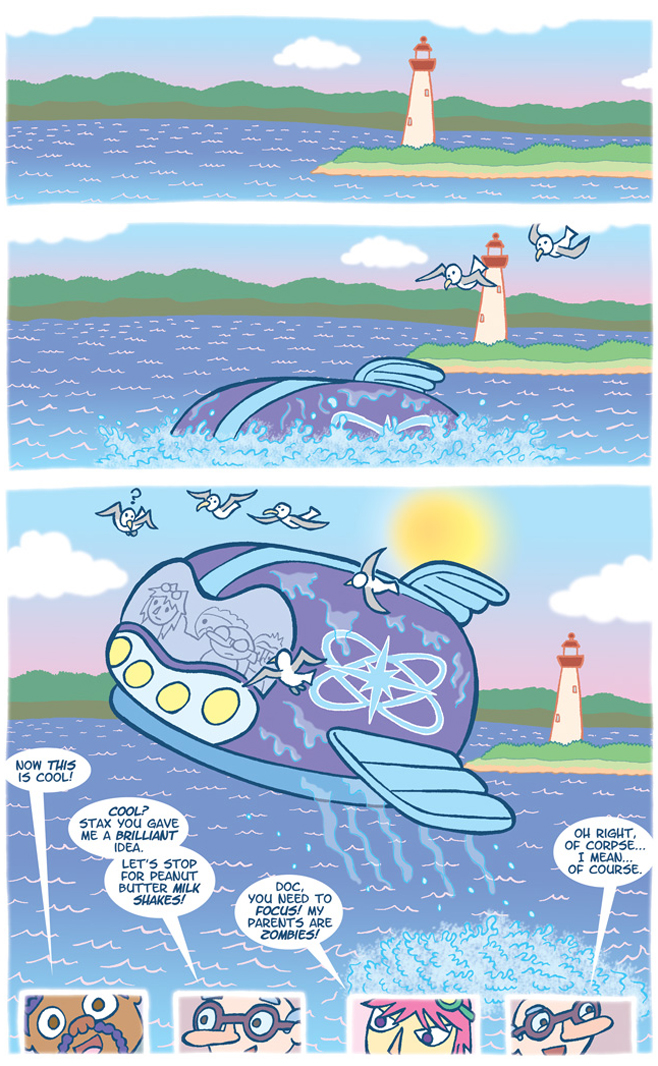 When developing Flabbergast, my childhood memories played a big role. I LOVED playing with action figures, vehicles and playsets from the cartoons I watched.

The Flabbergast team needed a cool vehicle to travel around in – something that was simple in design and would make an awesome toy. I didn’t want anything as big as the X-Men’s jet, but I thought a car like the Ghostbusters’ Ecto-1 wouldn’t get the team where they needed to be fast enough. I settled on a mix between the Fantastic Four’s Fantasticar and the Teenage Mutant Ninja Turtles’ Turtle Van.

It’s The Flab Flyer! Equipped with weapons, a mobile lab and very small living quarters, it’s capable of traveling in the air, underwater, into the far reaches of space and so much more!