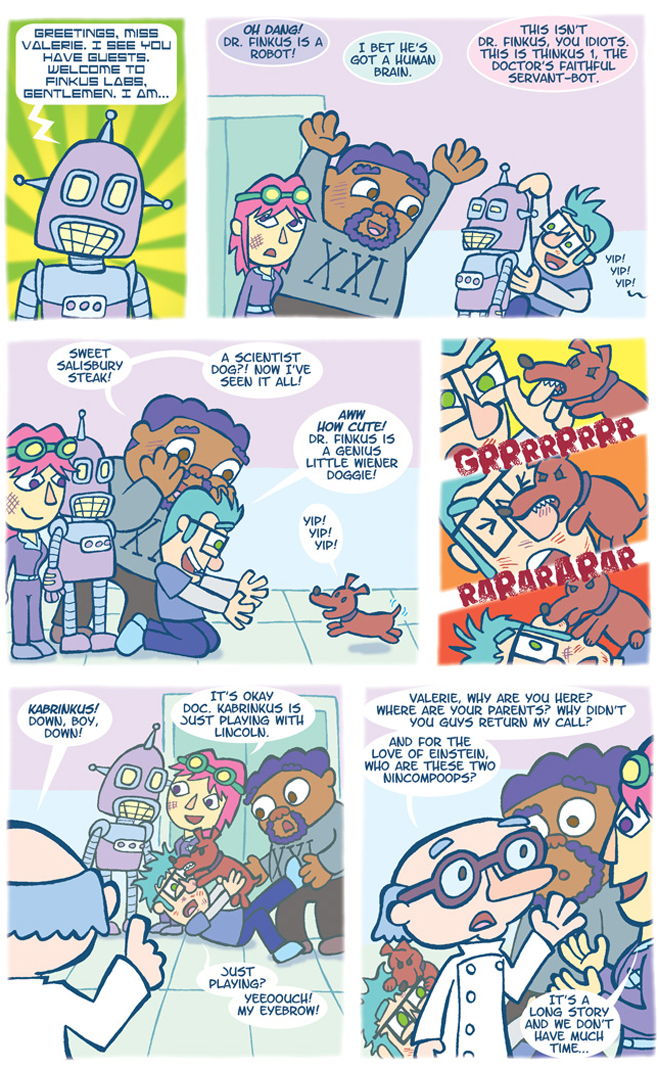 “Mr. Finkus and his dog Kabrinkus” was a doodle I always drew in my late high school days. They haven’t changed that much. I just stylized them a bit. After the many years since I doodled them, Mr. has become Dr. For the hardcore fans of my work, you may recognize Dr. Finkus from the O>Matics in Comic and O*Man series. He was also featured in the bible for the Happyloo cartoon series. It looks like the good doctor has finally found a home right here in Flabbergast!

Kabrinkus was always a wiener dog. His hatred of Lincoln is based on a devil dachshund that used to live on my block when I was a kid. Now because of that dog, I think all dachshunds are evil and mean. Are they?

In other news, you can catch the O>Matics as they rock the Clash Bar in Clifton, New Jersey, this Friday, March 16, at 9 p.m. Then on Saturday, I’ll be a guest at the Great Allentown Comic Con. More info at AllentownComicCon.com.