When I heard about Wired’s Relic Wranglers project, the first thing I thought was, “How has no one thought to do this before?”

The gist is simple. Take a highly motivated subset of Wired’s large and eclectic readership and put them to work scouring the world and the Internet for any traces or evidence of lost bits of media: shelved movies, scuttled videogames, unreleased albums and pieces thereof. If it is rumored to be out there, the Relic Wranglers want to find it and bring it to light.

Deep in the Unwinnable vault, I have a VHS tape of Bram Stoker’s Dracula, directed by Francis Ford Coppola, one of my all-time favorite films. This particular version is a work print. Many of the special effects are missing. You can see markups and matte paintings and filler art. In some portions, the film merely shows photos of the storyboards. There are also several alternate takes from the theatrical version and one scandalous extra scene that didn’t make the final cut, in which a topless Mina (Winona Ryder) attempts to seduce Van Helsing (Anthony Hopkins) outside Dracula’s castle in the the final act. It is one of the coolest movie artifacts I own.

If the Relic Wranglers can find more stuff like this, I am all in. Chris Baker, who is heading up the project, was kind enough to tell us more.

Unwinnable: How did Relic Wranglers come about?

Chris Baker: We were having a conversation about how there was more of a media underground in the pre-Internet era – you’d beg or borrow a fifth-generation cassette dub of Prince’s unreleased Black Album, or a muddy VHS tape of the Star Wars Holiday Special and it just felt so illicit! Nowadays, so much stuff is just out there, either on the torrents or as DVD extras, or as bonus tracks on a CD reissue…there seemed to be fewer buried treasures of pop culture. We set out to find some that still exist.

Look at games. Even with the games industry repackaging and re-releasing everything they can make a buck off of, even with MAME and the great work that sites like Lost Levels are doing, there are still some games that you just can’t find through any legal or illegal means. StarCraft Ghost, Star Fox 2 for SNES…

I have a personal connection as well. My first piece for a nationally distributed publication was a roundup of cancelled games for EGM. 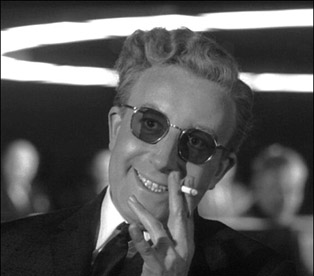 Unwinnable: How is the community coming together? How can people take part?

C.B.: We’ve got almost a hundred members, still trying to really get the project up and running. People can visit the site and register to post themselves. We’ll also be posting new content we generate ourselves, talking to artists and rights holders about what went wrong, whether works survive or not, what logjams are preventing release. We’re trying to become a repository of the most up-to-date info that’s out there on given topics. We’ll provide fun factoids about lost works and mini-challenges – ways you can help us move the ball forward. People can take on little research tasks, whether it’s sending a few emails to find out which archive houses Salvador Dali’s screenplay for the Marx brothers or combing through online resumes looking for someone who worked on the game Duelin’ Firemen.

Unwinnable: Any interesting finds so far? What’s the scoop on Strangelove and Ghost?

C.B.: Yes, we have some info on what went down with StarCraft: Ghost, but want to be very careful to protect our anonymous source, so it may be a while before we can share that.

Doctor Strangelove originally ended with an epic pie fight in the underground War Room, a sort of ultimate absurd expression of the insane mindset of the Cold War. It was actually filmed and we challenged our readers to find more info about it. One of them tracked down a book by screenwriter Terry Southern, in which he described the way the scene unfolded – it was an elaborate and involved battle scene – and explained why it wasn’t used. Tone was wrong because actors didn’t realize that it was supposed to be both hilarious AND grim, they were having way too much fun as they flung pastries around. And they didn’t have the time or money to reshoot an elaborate sequence like that, which ended with the set as well as scores of actors and extras covered in meringue and crust. I find that fascinating, I always thought the ending of Strangelove seemed a little abrupt. 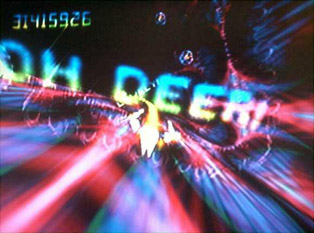 Unwinnable: What’s the long view for the project?

C.B.: The immediate goal is to gather as much information as we can about these projects and then lobby and coax and pester and cajole to get even more information released. Ultimately, we’d like to see if there’s anything we can do to help get some of these works out there in some form. Usually there are legal issues and rights issues preventing release, but sometimes, just letting the creator know that there’s a community of people interested in a lost work will encourage them to post images or clips or code.

Like for instance, if the rights to the great lost GameCube title Unity ever revert back to the developer Jeff Minter, we’d want him to know that we’re clamoring to see that game, or just hear more about why it was never released. We could bombard him with pestering emails, feed his ego by building Minter sculptures in Minecraft, bribe him with a nutritional sheep lick that he could give to his flock…I’m just spitballing, this is hypothetical, but we want ultimately to form a community that applies itself to digging up these buried treasures.

The Slow Rise Of The Video Game Slasher