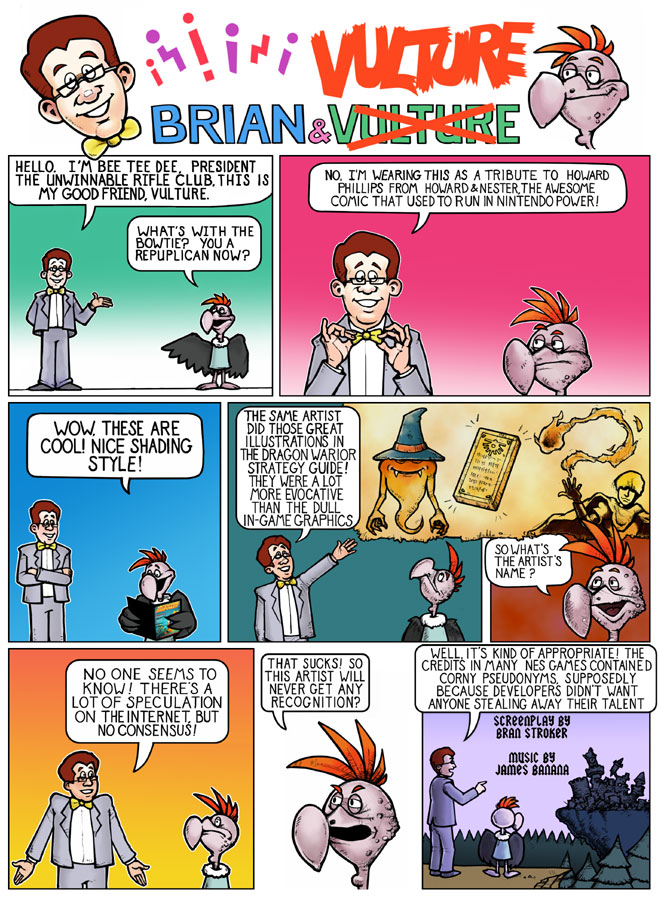 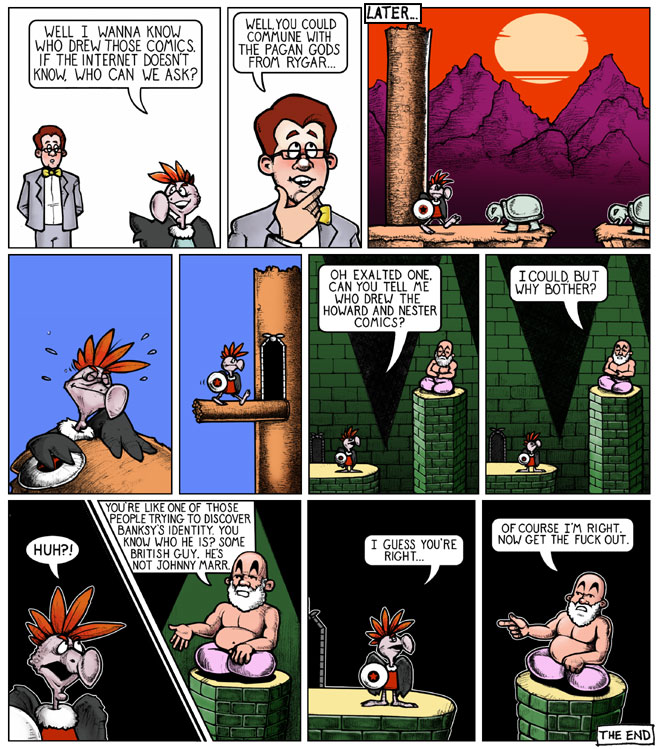 Bee Tee Dee says: This comic is based mostly on the very first Howard & Nester comic. I had been thinking about doing something in the style of Howard & Nester comics for a while, and it occurred to me that I didn’t even know the name of the artist I’d be attempting to imitate. And hey, nobody else seems to know either!

It seems like the art in videogames and related material from the ’80s was usually treated like anonymous works for hire, maybe because the whole thing was considered a passing fad at the time (although I suppose the same sort of thing still goes on today). Maybe someday these promotional materials will be appreciated, like movie posters by Richard Amsel, but then most of it isn’t quite up to that level. But I always thought the art in the early Howard & Nester comics was pretty great! The artist had an interesting style that kind of combines manga with R. Crumb crosshatching. I suppose if I were willing to really investigate, I could discover the name of this artist, but I think it’s possible to appreciate the comics without knowing where they came from. And I guarantee that when the world finds out who Banksy is, it’s gonna be the anticlimax of the century.