HBO’s Game of Thrones debuted last night to mixed critical response, the biggest criticism being the density of the plot, which features more than two dozen recurring characters. Fair enough. Others were slightly put off by the bleakness and the violence, as swords lop off heads at regular intervals. Guilty as charged. The ten-episode adaptation of Book 1 of George R.R. Martin’s A Song of Ice and Fire series, they say, may only be for the most loyal of fans of that fantasy epic.

And make no mistake; this is a war for the very soul of pop culture. The cable network invested roughly $5 million an episode for the series, a huge financial gamble that more than just the denizens of San Diego Comic-Con will ride alongside the noble House Stark. And the early returns are encouraging, as Game of Thrones has whacked The Sopranos to become HBO’s top-selling series internationally ever.

Aside from the show’s star-studded cast – including Lord of the Rings veteran Sean Bean, The Sarah Connor Chronicles’ Lena Headey, and noted actor Peter Dinklage – the show is as much Shakespeare as it is Tolkien and that makes for some riveting escapism. 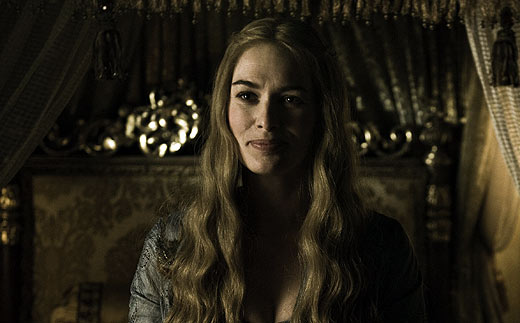 “We’re unfortunately wedded to the real world and every day you turn on the news and see what’s going on, it’s depressing, and you’ve got your own life and all the worries and responsibilities and everything else,” the show’s co-executive producer David Benioff told reporters on a recent conference call. “There’s something beautiful about being able to leave your world for a while, whether it’s going into outer space for Star Wars or into Middle Earth for Lord of the Rings or whatever. That’s incredibly fun.”

Spoiler alert: if you haven’t yet seen the pilot episode, you should probably stop reading this piece. But if you persist, Game of Thrones is set in the medieval world of the Seven Kingdoms. A 700-foot wall keeps out the living dead monstrosities that stalk the snowy wilderness to the north, but the real dangers lurk to the south where conspiracies are afoot to usurp the throne from King Robert (Mark Addy). The only man he can trust is his loyal friend, Ned Stark (Bean), who reluctantly accepts the job of the Hand of the King, putting his family’s lives in danger.

His chief threat is Ser Jaime Lannister (Nicolaj Coster-Waldau), who when not warring is secretly having an incestuous affair with his twin sister, Queen Cersei (Headley), and is willing to throw a ten-year-old boy off a tower to protect their secret. 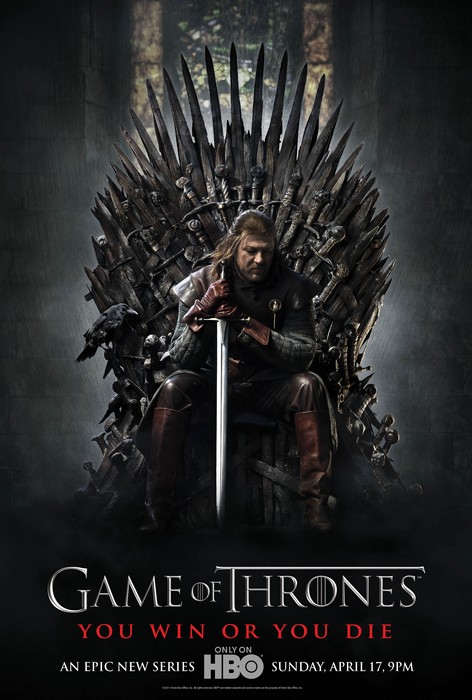 “Most people won’t be able to put themselves in his shoes, but I think most people have been in situations where you fall for the wrong girl,” Coster-Waldau tells Unwinnable. “Of course Lena Headley is [playing] my sister, so that makes it so much easier.

“If [they] had cast my [real] sister, it would have been awkward.”

There are 17 actors listed in the opening credits, each one of which is important to the multi-layered story, which may hurt the show’s chances to catch a wide audience whose brain cells have been deadened by too much reality TV.

If Game of Thrones fails, it’ll be a long time before we get to visit another world as rich as the Seven Kingdoms. When was the last stardate you heard anything about a new Star Trek television series? Episodic genre television is expensive to do on such a large scale. For every The Walking Dead, there are the corpses of shows that failed: V, FlashForward, The Sarah Connor Chronicles, Heroes, Dollhouse.

Television over the past decade has been invaded by conquering armies of self-absorbed idiots from distant (Jersey) shores and the House of Kardashian, by Gossip Girls and Two and a Half-wit Men. Even once-proud shows like Lost lost their way and Fringe remains on the fringe as far as ratings go and always on the verge of cancellation. The boob tube is full of boobs, and not the good kind that you see a lot of on Game of Thrones.

“Television is full of lawyer shows and medical shows and situation comedies, but fantasy shows, fantasy is something that’s been largely restricted to books for a long time, and the readers of those books who have their favorite series, and some of them are readers from my series, are really hungry to see some good fantasy brought to television,” Martin told a gathering of television critics in January.

Now is our chance. Mount your couches, unsheath your remotes, let loose your DVR and iTunes and start watching. Help these knights in their brave quest to get the rest of the books in the A Song of Ice and Fire series made. And if it’s successful, why not Garth Ennis’ Preacher, Brian K. Vaughan and Pia Guerra’s Y: The Last Man, Terry Brooks’ Shannara series and Isaac Asimov’s Foundation series next? Dream big or continue to worship false (American) Idols.

“If the show is good, I think the audience will find it,” says Coster-Waldau of Game of Thrones. “It might take a while. It’s a series you have to invest in.”

A Hot Coffee Break In A Can