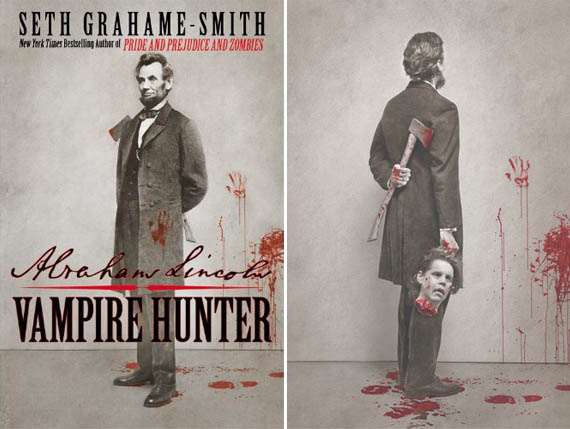 …Abe didn’t say a word. He made straight for his journal and wrote down a single sentence. One that would radically alter the course of his life, and bring a fledgling nation to the brink of collapse. “I hereby resolve to kill every vampire in America.”

That sums it up rather well. Abraham Lincoln. Sixteenth President. Freer of slaves. Unhealthy habit of going to the theater. Fore score and seven years ago. What more is there to know? Oh, yeah, Vampire Hunter.

Historical fiction has traditionally taken freedom of using characters and settings we already know and twisting them in new and different situations and stories. Seth Grahame-Smith ups the ante in his historical fiction (nay, rather, historical fantasy) adding vampires to the legacy of Lincoln. Abraham Lincoln, Vampire Hunter is written as a biography from an omniscient third person voice going to quotes from Lincoln’s long lost journal to essentially substantiate the story. This actually makes for a steady, fluid, fun read. 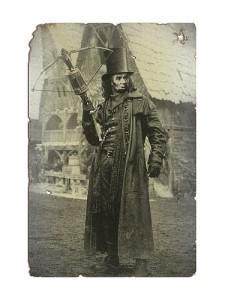 Grahame-Smith has a mixed writing background including Historical Non-fiction Porn, screen writing (co-creator of The Hard Times of RJ Berger on MTV), comic books and various other books including his first hit in adapting the Public Domain classic Pride and Prejudice by Jane Austen into Pride and Prejudice and Zombies.  Both Abraham Lincoln, Vampire Hunter and Pride and Prejudice and Zombies have been adapted and optioned as movies, beginning pre-production as you read this review. (Lincoln is being done with Tim Burton serving as executive producer, getting his fangs sharp for his work in the Dark Shadows renaissance and Grahame-Smith adapting his own book for the screenplay)

So… is it worth the read or just wait for the movie?

Yes; I will make it simple. If you read and enjoyed Pride and Prejudice and Zombies then this is absolutely a must read. If you are into Abraham Lincoln and/or vampires then you must buy, borrow or steal this book. If you love historical fiction you will enjoy this book. Lacing Lincoln’s childhood and younger years with vampires is great fun. Blending vampire lure into slavery, Civil War and the presidency is smart and well balanced.

In trying to sum it up, I have fallen short of a perfect description, but I did find one: Gina Mcintyre of the L.A. Times puts it best with: “Grahame-Smith’s ability to serve up such moments of real poignancy within a B-horror movie context just might make him something of a Joss Whedon for the niche literary set.”  Amen and sharpen your axes… Lincoln has.

The Color of Truth is Gray