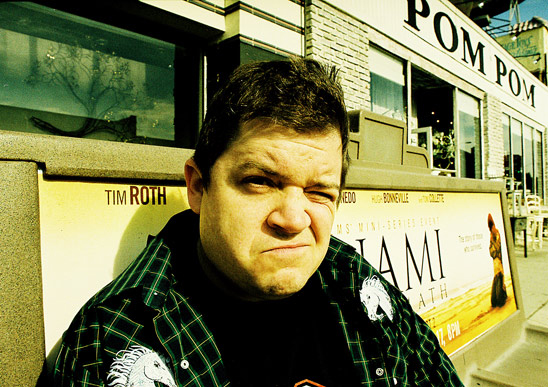 That statement actually has very little to do with the length of the book (which is short, running to 190 pages) or the size of the font (which is large-ish) or the spacing (which is generous). It has everything to do with the fact that Zombie Spaceship Wasteland is the most affecting, endearing and honest book I have read in a long time. That there are chapters devoted to Dungeons & Dragons and Star Wars is just a bonus.

This came as a bit of a surprise. I first heard of the book on the back of Oswalt’s much talked about editorial in Wired magazine. Considering said editorial was an appeal for the execution of geek culture but that the forthcoming book was called Zombie Spaceship Wasteland, well, it didn’t seem like we were off to a good start…

But then I started reading and by the end of the very first page, he had me. I mean that quite literally – with a few minor changes to the details, Oswalt may as well be describing events from my own life. It was a very strange feeling and I imagine that something similar fueled the answers of the high school girls who, when I asked why they were so upset by Kurt Cobain’s suicide all those years ago, replied, “He really got me, you know? It was like he was singing directly to me.” 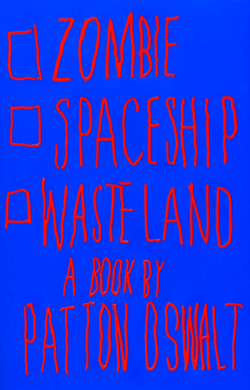 Except, I am a 32-year-old man who knows better.

Except, do I really?

I lived 20 miles outside a city with a vibrant music scene (though, unlike Oswalt, I eventually got to experience it). I grew up on a steady diet of Walden Books, my parents’ records, Dungeons & Dragons and genre movies. I knew my share of weirdos and ne’er-do-wells who wore the title of friend out of convenience and proximity instead of genuine attachment. I have felt those electric moments of revelation, when music and words and place can come together perfectly to reveal a Universe that suddenly makes sense, if only for a moment.

Maybe Patton Oswalt really does get me.

My inner grump insists I point out that the blurbs of endorsement on the back cover seem to mostly indicate that the book will leave you laughing like a hyena but I didn’t laugh that much. Honestly, would have gladly seen most of the ‘funny’ bits chopped in favor of more memoirs and philosophizing, especially considering the book already feels painfully brief.

But parts of the book practically hum with a feeling of deeper importance that far outweighs that minor weakness. The struggle for meaning, the search for a place in the world, the value of being hated by the right people, revulsion at crass materialism, death, madness – believe it or not, Zombie Spaceship Wasteland tackles all that and more with an abundance of charm and not even a hint of pretension.

I almost hate to call Oswalt ‘a singular voice’ because it sounds so wanky, but I can’t think of a better way to put it. I’ve read a great many books that have had profound effects on me (Foucault’s Pendulum by Umberto Eco, The Dark Secret of Weatherend by John Bellairs, The Shadow over Innsmouth by H.P. Lovecraft, The Occult by Colin Wilson and many more). Like asteroids hitting the moon, the craters those stories have left behind are of all shapes and sizes.

The mark left by Zombie Spaceship Wasteland is there too – a somewhat geeky but incredibly heartfelt impact.

Do You Have What it Takes to Survive the Scare Tour?
Previous Post