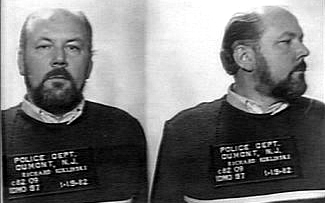 Serial killers and madmen can be the ultimate celluloid villain, especially if it’s based off a real person as opposed to a fictitious character. The thought of the original Texas Chainsaw Massacre being influenced by  Ed Gein left me disturbed. Charles Manson and Jeffery Dahmer each had numerous films inspired by their lives. The Son of Sam appears in a tale about life in the late 70s during his rampage in New York. Jack the Ripper, one of humanities earliest psychotics, has appeared in films like Time After Time and From Hell. Even the never caught Zodiac Killer has a movie. These films prey on our morbid curiosities and our unspoken love of thrills and horror. A new menace is soon to join the ranks of the most notorious people to be captured on film.

This year could bring not one, but two films based on the life of “The Iceman” Richard Kuklinski. For those of you who aren’t in the know, Kuklinski was the infamous hit man who had worked for numerous mafia families. He admits to have killed over 200 people and claimed his first victim at the tender age of 13. His parents were abusive and disturbed and his brother was a known rapist and murderer. The apple apparently didn’t fall far from the tree. 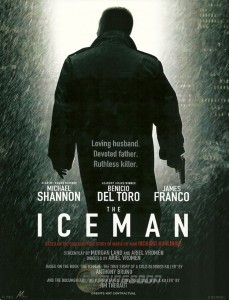 The irony in his story is the fact that by day he was a loving father and husband. He was liked by his neighbors. He appeared to be a normal, hard working traveling salesman. Apparently his own family didn’t know his true nature and business. He’s called the Iceman because of the fact that he used to freeze his victims so as to suspend the time of death and throw off the police. After seeing his interviews in 1991 and 2001, I would have said he garnered the name from his cold and chilling delivery of his life of crime, lacking any sign of remorse as he runs down a laundry list of executions.

This information can obviously amount to one of the most twisted pieces of cinema we have seen in a long time. Currently in production is a film based on the biography by Philip Carlo entitled The Iceman: Confessions of a Mafia Killer. Channing Tatum was originally slated to play the ice cold killer but was replaced by Mickey Rourke. Reports have stated the Rourke is eerily excited to play the Iceman and is calling it his Raging Bull. The second film received a new cast member days ago. The film, based on the book The Iceman: The True Story of a Cold-Blooded Killer by Anthony Bruno, has Michael Shannon (Revolutionary Road, Boardwalk Empire) cast as Kuklinski, Benicio Del Toro (Sin City, The Wolf Man) as crime boss Roy DeMeo and just announced, James Franco(Pineapple Express, Spider-Man series) as assassin mentor, Robert Pronge aka “Mr. Softee.” Apparently this isn’t Franco’s only brush with serial madness. Upon further investigation, Franco will be directing and starring in the biopic about the Night Stalker, Richard Ramirez, which is written by Philip Carlo.

I am not one to wait with baited breathe for a movie to come out, but I must say that the potential to see one of these films has me at the edge of my seat. The Mickey Rourke film seems to be in some kind of production hell as it was slated to begin filming in 2010. If the Michael Shannon version is currently casting, then this film probably will make its appearance in 2012.

I Double Dog Dare You To Go See Rise Of The Planet Of The Apes!