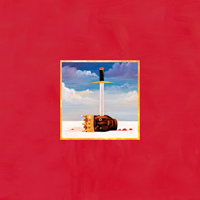 Music is the multitasker’s best friend. It’s the soundtrack for your commute, background noise while you surf the Web and a welcome stand-in for the shitty sound effects that are a blight on your latest smartphone game addiction.

Then again, music is also made for tuning in, shutting your damn eyes for a minute already and tuning out.

That being said, here’s what Unwinnable was listening to when we weren’t busy doing something else this year. And also when we were.

Album of the Year: Kanye West – My Beautiful Dark Twisted Fantasy
Hip hop haters, take heed. Taylor Swift sycophants, take a seat. Kanye West’s latest transcends its polarizing genre with his trademark bravado and a mission so ambitious – to be like Mike (Jackson, that is) – that only someone with Kanye’s arrogance would even attempt it, and only someone with Kanye’s talent could pull it off. West is also the world’s biggest douchebag, so who better to sing their anthem, ‘Runaway’ – AKA the single with a 35-minute video about falling in love with a phoenix found in the woods outside of Prague? My Beautiful Dark Twisted Fantasy is Kanye’s superhero theme music – he admits as much in ‘Power’ – but when it’s blasting into your ears, it feels like yours, too. 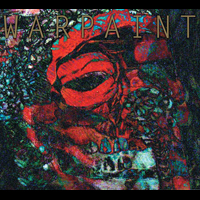 The only thing better than rock ‘n’ roll is chicks playing rock ‘n’ roll. If you have a vagina and play bass guitar, it’s likely Unwinnable has fallen in love with you at some point (see Melissa Auf der Maur, below). Warpaint gives you four choices for puppy love – the current lineup is Emily Kokal (vocals/guitar), Theresa Wayman (vocals/guitar), Jenny Lee Lindberg (bassist/vocals), and Stella Mozgawa (drums/keyboards) – and although we hardly even know what they look like, we’re pretty well hooked. We feel like we’re actively being wooed whenever we listen to their debut album – and we want to follow them wherever they go, even though they seem to inhabit a world that can be a very dark place. Case in point: ‘Baby’ is the song your stalker ex-girlfriend might sing to you – and make you actually want to sleep with her again. [audio:https://unwinnable.com/wp-content/uploads/2010/12/1.-Warpaint-Baby.mp3|titles=Warpaint – Baby]

Best Music Video: Arcade Fire – ‘We Used To Wait’
Remember when you saw Dire Straits’ video for ‘Money for Nothing’ for the first time as a kid and the ‘80s were just so damn awesome in a TRON sort of way? Well, the ‘10s are pretty awesome, too, in an Arcade Fire sort of way. You don’t need to like the band or the song – though, admittedly, it helps – to appreciate the video, a brilliant interactive experience from director Chris Milk that begins by asking you to type in the address of your childhood home – and then sets the video there using Google Street View. For a song and an album about growing up, it couldn’t be more fitting, all these years later, to see this generation’s video vanguards lurking outside the very house you were watching MTV in, many moons ago. 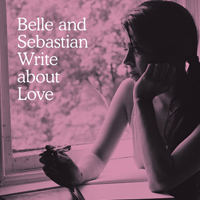 Call this the “Holy Shit a Band Actually Got Me to Buy a CD in 2010” Award. You gotta hand it to the Glaswegian guys and gals that make up Belle and Sebastian – and their record company, too. They really came up with a doozy on this one. Each copy of the band’s CD this year came with a unique code. Enter that code on their Web site and you were asked to write 300 words or fewer about love, in any style. Presumably, some intern will get hazard pay to sift out the best ones, and the grand prize winner will receive pretty much any music geek’s wet dream: lead singer Stuart Murdoch will fly to your town and spend the day with you, then head home to Scotland, write and record a song about you and release it as a 7-inch single. Crapping your pants right now? You still have time. Deadline is January 1. 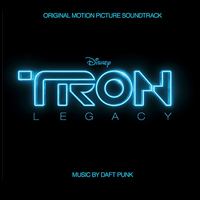 If there is one thing you can be sure of listening to Daft Punk’s soundtrack for TRON: Legacy, it is that they love movie soundtracks. Aural references to Terminator, Blade Runner, Unbreakable, Superman, The Dark Knight, Inception and more (is that a bit of Mass Effect in there too?) weave in and out of this masterful score like pedestrians trying to get home during rush hour. Half the fun of listening is trying to pick out the homages. The other half is simply experiencing it all as a complete work. Tron: Legacy is a brilliant synthesis of the electronic and orchestral, an iconic piece of work that will have an enduring appeal for years to come (likely more so than the movie that spawned it). Considering this year alone boasted incredible scores by Hans Zimmer (Inception), Trent Reznor (The Social Network) and Clint Mansell (The Black Swan), that is no small accomplishment. (Stu Horvath) [audio:https://unwinnable.com/wp-content/uploads/2010/12/07-Rinzler.mp3|titles=Daft Punk – Rinzler]

Punk Rock of the Year: OFF! 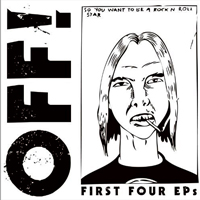 Since their debut at SXSW this year, Off! has brought some life and breath back to punk rock. Staying true to form, OFF! has released several limited-run 7-inch EPs throughout the year. The first EP contained 4 songs and had a run time of just over 4 minutes. There is nothing faux under the hood of this monster.

The EPs have been collected in a boxed set called, predictably, First Four EPs, with cover art by Raymond Pettibon, the man who provided the iconic artwork  for numerous Black Flag albums. He is in good company considering  OFF! features Keith Morris, formerly of Black Flag and the Circle Jerks, on vocals.  The rest of the band are veterans too: Dimitri Coats (Burning Brides) on guitar, Mario Rubalcaba on the drums (Earthless, Hot Snakes, Rocket From the Crypt) and Steven McDonald (Redd Kross) on bass. All in all OFF! is pretty awesome. (Charles Francis Moran VI) [audio:https://unwinnable.com/wp-content/uploads/2010/12/11-Blast.mp3|titles=OFF! – Blast] 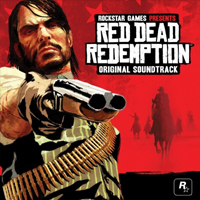 Usually when we get a pop tune in a videogame, it runs over the closing credits or backs up some adrenaline-fueled firefight. It is a rare thing to be confronted by a track as spare and nuanced as Gonzalez’ ‘Far Away,’ let alone to hear it used to perfect effect during an emotionally complex turn of events in the game’s story.

The gunfighter John Marsten has to hunt down the bandits he used to ride with, men who left him for dead, but that simple matter of revenge takes him further and further away from what he really wants: a simple life with his family. The first use of contemporary music in the game, ‘Far Away’ plays as Marsten crosses into Mexico and serves as a melancholy reminder that Red Dead Redemption is just as much about the conflict between duty and desire as it is six-shooters and horses. The song is one of the game’s finest touches and is one of the best uses of music in a videogame of this or any other year. (Stu Horvath) [audio:https://unwinnable.com/wp-content/uploads/2010/12/1.-Red-Dead-Redemption-Far-Away.mp3|titles=Jose Gonzalez – Far Away] 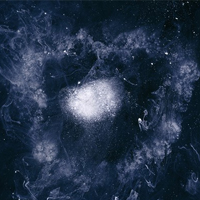 If any of the great reunion shows of 2010 were missing anything, it was catharsis. After 12 years of searching with Angels of Light, Michael Gira’s commitment to musical bloodletting has led him back to Swans. My Father Will Guide Me up a Rope to the Sky, the band’s first studio offering since 1996’s Soundtracks for the Blind, is a sonically deviant, emotionally harrowing vivisection of a long-playing record. Musically it fits well against the later Swans paradigm, although many of the songs were intended for future Angels of Light releases. Despite the absence of Gira’s foil, Jarboe, each song rises and falls with a heart-wrenching intensity that belongs to Swans alone. The cathartic return of Swans is not a one or two-off pandering to the No-Wave nostalgic or the fan that was too young to see the band in its prime, but a wholehearted reincarnation. Swans are not dead and emphatically so. (Peter Lang) [audio:https://unwinnable.com/wp-content/uploads/2010/12/1.-Swans-Inside-Madeline.mp3|titles=Swans – Inside Madeline] 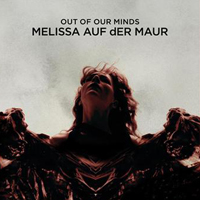 Some things just sell themselves. Melissa Auf der Maur, best known for playing bass for Celebrity Skin-era Hole and a stint in the Smashing Pumpkins, wrote a bluesy rock song about a woman that falls in love with the gravedigger who buried her father. Then she did the impossible and convinced Danzig to sing the gravedigger’s part – the first and only duet in his long career. Even if it wasn’t awesome, it would still be pretty awesome. Thankfully, though, ‘Father’s Grave’ is a big, kickass storytelling song, one that could easily have been written for Johnny Cash’s American albums (like Danzig’s own Thirteen was) and it is a rare pleasure to hear Danzig’s dirgey baritone play off of another voice, especially one as bright as Auf der Maur’s. (Stu Horvath)
[audio:https://unwinnable.com/wp-content/uploads/2010/12/2.-Melissa-Auf-Der-Maur-Fathers-Grave.mp3|titles=Melissa Auf der Maur featuring Danzig – Father’s Grave]