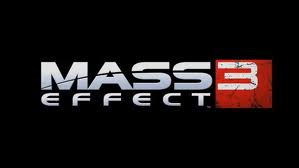 When I found out back in 2009 that Mass Effect 2 was going to focus on a suicide mission into an unknown sector of space with an entirely new crew led by a recently resurrected Commander Shepard and featuring a fully rebuilt game play interface, I admit my expectations sank pretty low.

I mean, just look at that description. There are so many things potentially wrong with that statement, I can scarcely believe Bioware managed to produce a title that not only is one of the best games of 2010, but also a game that boasted some of the most emotionally engaging set pieces I have encountered in videogames to date. And even then, I still don’t really buy into Shepard’s Deus ex Machina death and resurrection, or Martin Sheen’s voice acting or Miranda’s practically painted on body suit.

And now, with the Mass Effect 3 announcement trailer, they’re putting me through that dread all over again. 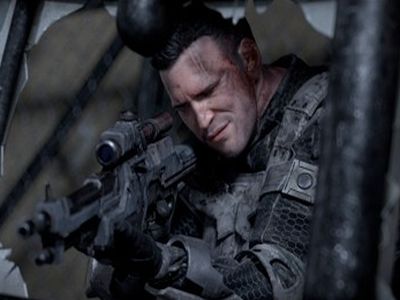 Bioware recently released an images of a battle-worn man shouldering a scoped assault rifle. Everything about the image is gray, gritty and exactly not what I have come to expect visually from the Mass Effect franchise. This fellow looks like every other goober with a machine gun in every other modern or near-modern shooter on the market. I am sure he will have some kind of idiotic nickname like Soap or Poodle or Shingles.

All this, and I haven’t even heard him open his mouth yet.

I hoped in vain that the image would be for a new Bioware military RPG, completely separate from the Mass Effect universe. No such luck, I’m afraid.

The teaser trailer is all about this grizzled soldier. He narrates the action with the requisite steely voice, spouting on about the death toll Earth has suffered at the hands of unknown alien invaders. He puts scope to eye to survey the urban destruction. His well aimed bullet saves a civilian from the clutches of an approaching alien. The camera then pans out to reveal that this sniper is perched in the clock face of Big Ben and that massive alien vehicles have jolly old London under siege.

The music reaches a crescendo and soldier says, “If Shepard doesn’t bring help soon, there won’t be an Earth left to save.”

The camera cuts to orbit, where the erstwhile Commander Shepard watches the battle from the command deck of his ship. Suddenly, the Resistance-style mediocrity we have suffered for a frankly painful 55 seconds crashes back into familiar Mass Effect territory, complete with sleek,  high-tech armor and bloopy Blade Runner-esque music.

Shepard and I have saved the galaxy twice now. Saving just Earth seems to be lowering the stakes considerably.

But honestly, I will be happy if Shepard just manages to save me from a milquetoast experience which, judging from that trailer alone, is everything Mass Effect 3 aims to be.