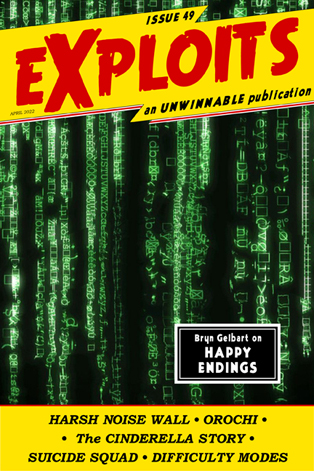 This is a reprint of the feature essay from Issue #49 of Exploits, our collaborative cultural diary in magazine form. If you like what you see, buy it now for $2, or subscribe to never miss an issue (note: Exploits is always free for subscribers of Unwinnable Monthly).

Even when creators have near-complete control of their intellectual property, there is no controlling what happens when shit hits big.

A convenient example to cite here would be the co-opting of “red pill” from The Matrix into a far-right dog whistle. Or less immediately repulsive, but perhaps more sinister, the commercialization of Neon Genesis Evangelion in Japan. Turning characters that were once expressions of a man’s dark juvenile depression into literal mannequins used to sell the brand back to the fans who made it popular in the first place.

I mention these creators for a reason. Both the Wachowski sisters and Hideaki Anno made deeply personal works that resonated with a massive audience. Neither of their proverbial babies has yet been tarnished. Both have kept a death grip on their creations, the Wachowski’s in particular forbidding Warner from making a sequel without them. For these artists, time’s brought weariness but also reflection, an impending urge to rewrite the past. To say a perfect goodbye. In 2021, Lana Wachowski and Hideaki Anno decided to put them to bed, saying farewell to beasts they realized will long outlive them.

Anno’s finale was years in the making. The first Evangelion rebuild was released in Japan in 2007, but the 15-year journey to its end results in a film that all but redefines what Evangelion is. For once, closure is a thing that can exist, even if it never existed for Anno. Closure may have inspired the ending that sees a bright future for Shinji and Asuka, but equally inspiring is the chance to create closure in your art that you as a human never received. Shinji gets closure with Gendo that a younger Anno was too cynical to even consider.

I often found myself remarking that in the original anime Shinji felt like an Anno self-insert, where in the rebuilds it seemed Anno saw himself more as Kaworu, the secret Angel that happens to also be the only one aware of the cyclical nature of our story. He has context that removes him from the story, but that doesn’t stop Kaworu from loving Shinji. Anno wishes to confront his younger self and say “you deserve to be loved.” 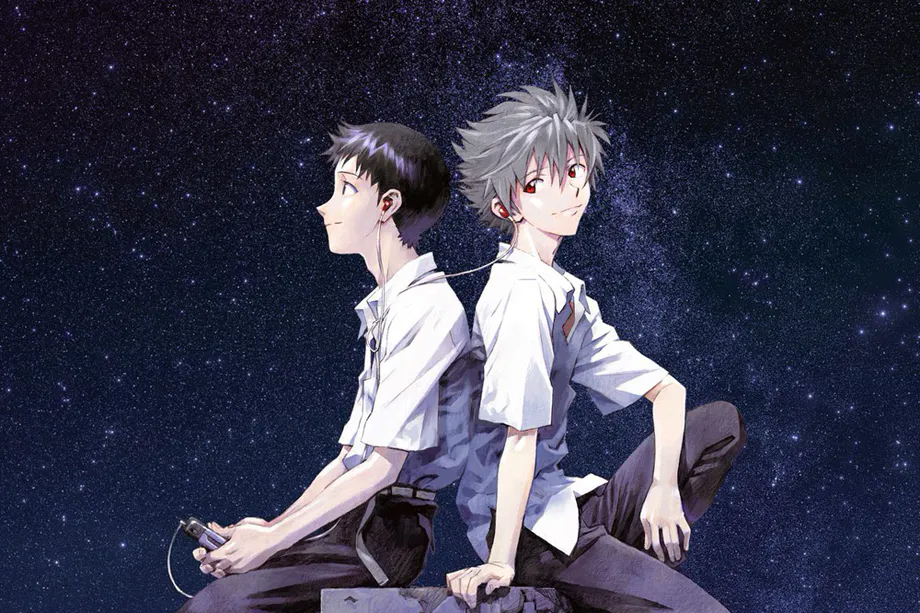 In The Matrix Resurrections, Lana Wachowski pokes and prods the original in the same way Anno’s rebuilds do. The difference is Resurrections uses this to clarify intent. It reinforces instead of deviates. Visitations to scenes from The Matrix (1999) serve as a not-so-subtle way of Wachowski saying “hey, chuckleheads, this is what I meant.” If you purposefully twisted the Wachowski’s words to fit your diametrically opposed agenda – if you make a habit out of it – you are the villain of Resurrections.

As much as the movie uses its run time to rage at certain fans, the core of The Matrix Resurrections is the end of a love story. Before Midnight for sci-fi heads. Neo and Trinity were separated, forced apart for years. Wachowski realized – to some degree through the loss of her mother – that she had the power to bring Neo and Trinity back together. To give them a happy ending.

Wachowski leaving The Matrix is a likely, but not guaranteed outcome. Yet, the ending of Resurrections echoes the original’s in a striking way that makes it feel like a closing statement. Here is Neo, again, as a God ready to build the world in his image. It didn’t work out that first time, though, because he didn’t have the one thing he needed. He didn’t have Trinity. Not yet.

Evangelion will continue without Anno, The Matrix without Wachowski. Because of that fact, these texts hit like a blunt object. Happy endings are still endings, after all.

How to Play ‘Crunch of the Day’