Jacob, 5, eyes gleaming: “Do you know what kind of battle jets I like the most? TIE fighters!

Welcome to my house, circa the past few weeks, where the Imperial March plays on a loop, where my wife now wears a pair of Princess Leia PJs, where the planet-themed night light has been replaced by a Darth Vader stand-up whose color you can change with a tiny remote, where we spent much of yesterday, in fact, trying in vain to find the missing head of a Darth Vader action figure – a missing head I finally found this morning in a bag of bibs.

Until just recently, Jacob had been terrified of movies. All movies. Minions once caused a tearful end to a pre-pandemic sleepover party. But he’d heard his friends in kindergarten speaking of Star Wars and, one day, he announced he was ready to watch it.

Which we did: Episode IV, A New Hope. He’s the same age I was when I saw Return of the Jedi in the theaters and it was a surprisingly emotional experience for me to watch it with him. I was worried heading into it, but he absolutely loved it. He declared the moment the Death Star was destroyed that Darth Vader was going to build a new one. As the credits rolled, he began peppering me with questions and hasn’t stopped since. The next day, we watched it again. 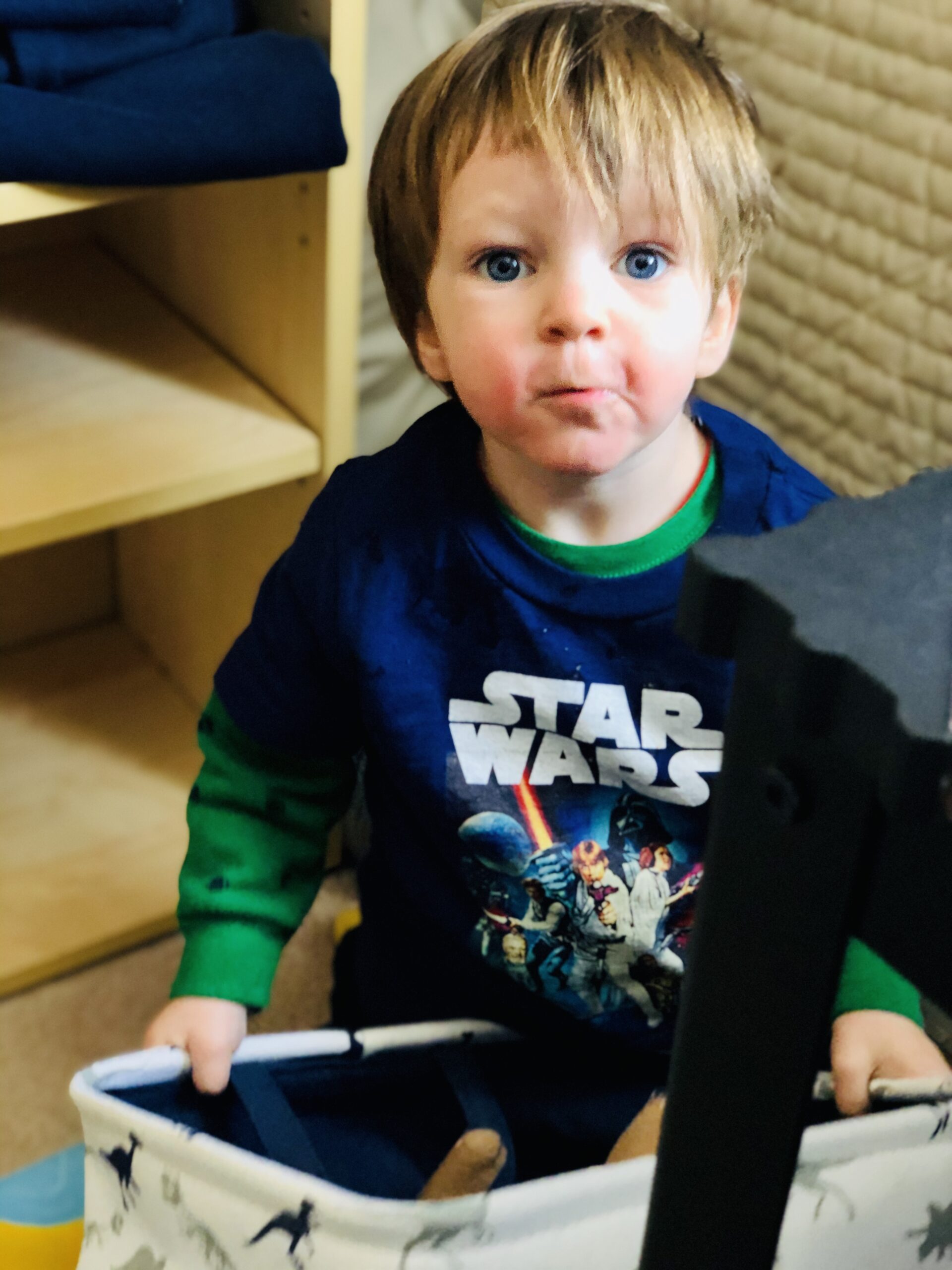 We’ve kept going, happily continuing through the original trilogy I grew up with – only Darth Vader’s death was a little much for him to handle at first – and into the most recent trio. When we finish those, I’m sure titles like Rogue One and Solo and The Mandalorian will soon follow. (I’m steering him clear of Episodes I–III until we run out of other options.)

We watch when his little brother, Peter, is napping. Which means – beyond a few clips on YouTube when he insists on seeing Darth Vader – Peter hasn’t watched a minute of the films. But he’s heard all about them, and he just might be the biggest fan under our roof. His older brother loves it, which makes it the coolest. Now, every incoming tantrum can be diverted into joy by the mere mention of Darth Vader – though he likes to say Jacob is Darth Vader and he’s Luke Skywalker. He goes from Darth Vader pajamas at night to a Darth Vader T-shirt in the morning. He brings Darth Vader to breakfast and tells us the Jedi, lured to the dark side by the evil Emperor, likes to drink beer like Dada. When I drop him off at daycare, they’ve started playing the Imperial March to get him pumped for learning.

We’ve had our individual obsessions around here before. Jacob and Paw Patrol. Peter and Paw Patrol. Me and Twin Peaks. But never has one fictional universe gripped all of us at once.

So welcome to my house, where the Starkiller Base and the Death Star are compared in breathless monologues. Where the differences between lightsabers are dissected and celebrated. Where brothers fight over Star Wars water bottles and action figures and which John Williams theme we’re going to listen to next. Where we even watch bits of Chad Vader, Day Shift Manager to mix things up. Where mornings begin by deconstructing a Lego Star Wars poster, torn carefully from a magazine and taped to Jacob’s door, as if we’re art school grad students. Where afternoons bring packages of merch shipped by one Grandma or the other. Where at night there’s still one more thing that just needs to be said about stormtroopers before the bedside lamp can be turned off. Where – say it with me – the Force is with us. Always.

A Tale of Two Godzillas