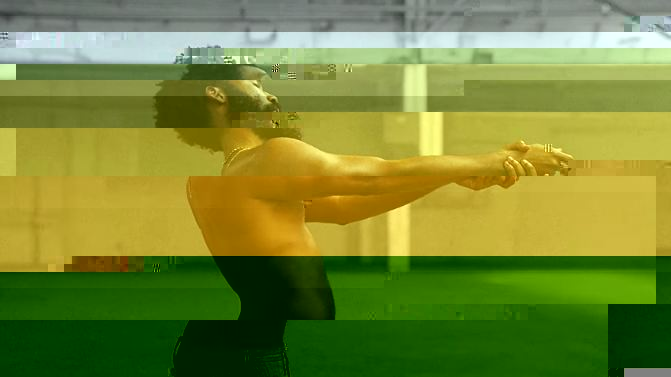 The biggest protest sound on TikTok right now is a remix of Childish Gambino’s “This is America.” Layered with Post Malone’s 2016 “Congratulations,” at time of posting, the sound has garnered 384.6K videos. The original video is a handheld shot, an open Ableton window. Producer carneyval writes in the description that the clip is “straight fuego” as he layers the choral progressions from Gambino’s 2018 hit alongside the final electronic whine from Malones song. “This is America,” Gambino intones. The starkness of the electronic audio is an interesting parallel to the lyrics of Gambino’s chorus.

The most popular video on the sound, (TW: police violence, etc) is this one from @kareemrahma with 7.2 million likes which is exceptionally well put together. The sound, the visuals, they’re a perfect formula. In an era where police and state sanctioned violence needs to be questioned and interrogated more completely, where people are taking to the streets in greater numbers, it’s an arresting visual.

There is probably no way that this video is going to be up for very long. Nor the original video from carneyval, which when it goes down, will silence all 384.6k videos.

Outside of the nature of whether or not protest videos get taken down quickly on TikTok (they do), the bigger problem here is actually the music. Post Malone’s song “Congratulations” is owned by Republic Records, his record label, which is in turn owned by the Universal Music group. “This is America” is owned by RCA. Neither, obviously, is owned by carneyval.

This is where someone is probably going to say something about fair use.

According to the US Federal government, “Fair use is a legal doctrine that promotes freedom of expression by permitting the unlicensed use of copyright-protected works in certain circumstances.” If you’ve watched a YouTube video where someone is engaging in commentary about a movie or something similar you’ve probably seen a disclaimer at the beginning, likely not written by a lawyer, saying that the video is protected because it is fair use. Somehow those YouTube channels still get hit by DMCA takedowns, even if they are following the letter of fair use. Why? There are several complicated reasons, first and foremost is that the DMCA (the Digital Millennium Copyright Act) is an outdated and unwieldy piece of legislation drafted in 1998 that has basically been fashioned into a large cudgel with which to crush in the skulls of opponents. Secondly, fair use is a defense, not a free pass. What that means is that while it makes you “technically” correct, someone can still accuse you of the thing that you’re doing, and they can still issue takedowns, take you to court and sue you. Because they are, say RCA, they have a team of lawyers and millions of dollars, and you do not. This is the nature of modern copyright law as it stands. Pretending that fair use will protect you is standing under an umbrella in a hurricane.

A friend who has worked in remixed music and occasionally gets DMCA takedown notices from artists shared a few from me, and most of them track back to Universal Music group. Like how almost all of chips are actually made by PepsiCo and all of your media is from Viacom, almost all of your music is from Universal Music Group. They’re tough with their takedown strikes, and they’re effective. If you don’t have a legal team, if you’re not a lawyer, then fighting back against them can be daunting if not impossible.

My point here isn’t that the sound should be taken down; it shouldn’t. There should be greater protections for remix artists like carneyval and for the work that they’re doing. There should be greater protections, especially for works like the one that was put together by @kareemrahma and the other people on this sound. There is a possibility that these videos will be lost when an executive decides to someday press a button in an office and send down a DMCA takedown order, from either Universal Music group or RCA, and that with one button he silences over 384.6k videos? The DMCA is a failed system, and it’s one that should be corrected.

We lose a lot in silence. TikTok’s preferred method of dealing with copyright violations is to simply remove the offending audio altogether, leaving the video behind as a kind of digital tombstone. But the audio here is important. Gambino’s lyrics apply context for the actions taking place (This is America/ Don’t catch you slippin’ now/ Look at how I’m livin’ now/Police be trippin’ now) that would be lost by simply showing the footage. They were compiled together and they stand as a capsule of our violent times, of the justified outrage over senseless death, of the way that social media functions as news and commentary for youth in America. If, and honestly to an extent when, we lose that we’ve lost something potentially important. Protect protest art.

Strip all oppressors of the weapons of war and hold them accountable for their brutality.

For resources and ways to help and donate: blacklivesmatters.carrd.co (compiled by @dehyedration)

Final Fantasy VI’s Nightmares in the Round