Videogames are struggling to protect their surprises. It’s arguable that the biggest ones never could, but the barriers were jagged, if still scalable through printed guides and playground chatter. Now each game emanating even the most modest scent of hype is disintegrated to the binary and barfed online in days. Every major site rakes in the most ad-views through online FAQs, so they’re eager to earn your eyes while dishing up every scrap of consumable content, leaving little to jump out and baffle one as to how Psycho Mantis knew what other games they’d been playing.

Which is fine, for the most part. Spoilers don’t bother me, insofar as they relate to major plot points. Narrative beats and story structure are the meat, but I linger on the scent, the presentation, the assembly of ingredients creating something larger than the whole. And in most videogames these moments are surprises, not just in terms of a shocking revelation but often in the minor character moments that craft a larger, more permanently lodged memory or emotion. Final Fantasy VI is a cornucopia of such moments.

Despite a criminal lack of modern upgrades and touch-ups (ideally, in the vein of Final Fantasy IV‘s PSP version), Final Fantasy VI remains one of the strongest and most consistent releases of the series. This might not mean much given the space-whale-sized logical liberties these games regularly take in gameplay and story, but this is exactly the distinction between VI and every entry that follows—VI clearly and concisely chains together small but rich moments for each character. Whether it’s in introductions, moments of chatter before a first major battle against a magic-infused jester, a team chat after finding your friend struggling with powers no one can comprehend, or the many ways you reconnect with the entire squad after shit goes sour in a world-breaking way, Final Fantasy VI works best because it doesn’t burden the player with insurmountable piles of lore or the enormous task of creating head-canon for each blank-faced party member.

Of these many charged moments, some of the most compelling were not only very easy to miss, but weren’t otherwise promised, foreshadowed, or explained. The game has a stacked cast, not the least of which is the mysterious assassin Shadow (and his dog Interceptor). Final Fantasy VI commits to the subterfuge up front, giving only whispers as to who this ice-cold murderer might actually be, and letting that be enough if the player manages to fail at catching anything more. 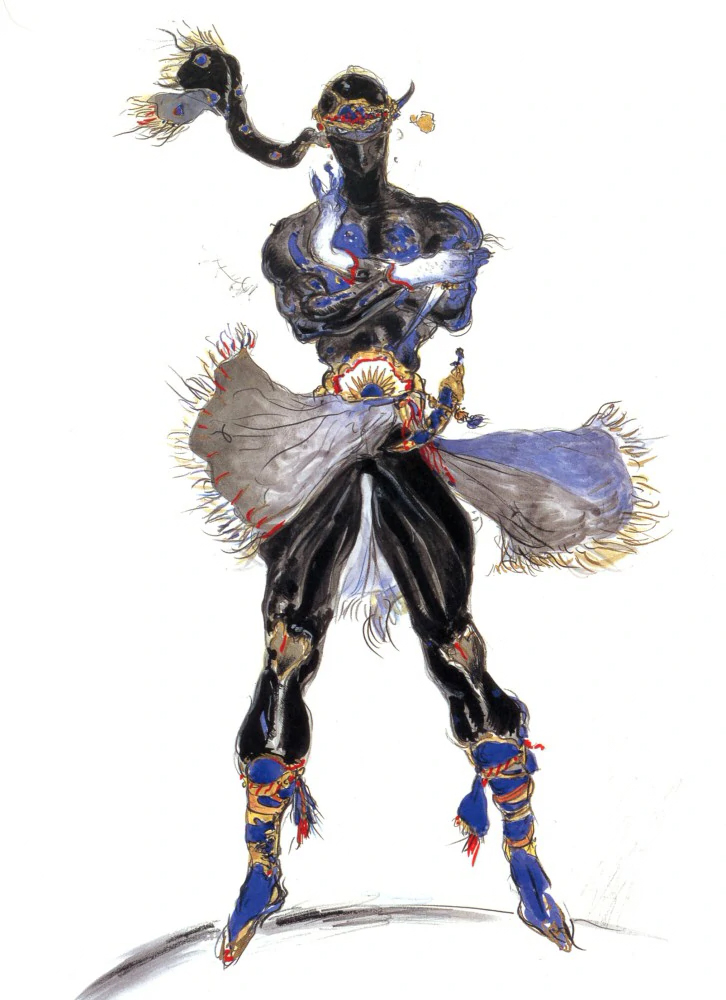 Given that there are so many characters and so many ways to not sleep at an inn, without any whiff of assistance or foresight, one could go the entire game without having Shadow in their party and resting off some nasty grinding. However, perhaps the stars aligned for you as they did for me twenty-five years ago, without any warning or foreknowledge, so that you paid hard gil for the easy charge-up and were greeted with some low-hertz synthy bleats that this game never bounced out before. My heart stopped — was the cartridge melting down? Did I do something wrong?

Then a tidy cutscene plays, without any dressing—no text, no hints or arrows pointing the player in a particular direction, just a short moment between two heretofore unseen characters. One sprite is addressing another—if you’ve been to Zozo you recognize the speaker as a thief or ruffian, and the other is a cape-wearing man we’ve never seen before. The thief calls the other man Clyde, and beckons this companion to join him in the dark, that they should both be there. Curtain.

And that’s it—no brief dialogue where one character asks Shadow why they were talking in their sleep, no eventual wearing down of his immeasurable walls from the others, no inner monologue from the ninja about what we just saw. No explanation whatsoever. This minor surprise consumed me, at an age when I couldn’t merely search what was going on. I was left with this fractured scene and a thirst for more. Four more short plays would emerge if the player fulfilled the same formula, and eventually a fuller picture widens, but the game never deigns to break it all down for you. It’s an offering, more than an Easter egg but less than an in-game text that fills in some holes for you, accomplishing something rather substantial with scraps.

This isn’t a eulogy for the old days. I believe that this scene can still be appreciated knowing how it works ahead of time. The bullet points of these mini-dramas aren’t what matters, it’s the entire package, the slip into another time space, the way Final Fantasy VI serves another tiny slice of character without pretense or mere mechanical gain. It’s my favorite in the series for many reasons (most probably nostalgic) but the game’s meticulous attention to powerful, digestible morsels of character remains one of its most long-lasting strengths.

Escape from the Sweet Board Game Bubble

The Sound of Protest (And What Happens if TikTok Disables it)