“You can walk as far into the woods as you have a mind to go.”

As of this writing, I still haven’t gotten around to watching writer/director Philip Ridley’s more famous debut, The Reflecting Skin, but I’ve heard enough good things that it’s just a matter of time. With The Passion of Darkly Noon, on the other hand, I had heard absolutely nothing prior to Arrow’s Blu-ray release, so I had nothing more to go on than what I could glean from the good things I had heard about The Reflecting Skin.

What I did know is that it starred Viggo Mortensen, Ashley Judd and Brendan Fraser as the eponymous Darkly Noon, a young man who was raised in a strict religious commune – Judd’s character, probably rightly, calls it a “cult” – that was destroyed by a military-style raid prior to the film’s opening minutes, leaving him the only survivor.

Darkly – who later explains that his name came from his parents sticking a pin in the Bible – collapses in exhaustion in the middle of a rutted upland road and is taken to the house in the primordial and aggressively symbolic woods where Callie (Ashley Judd) lives with Clay (Viggo Mortensen) to be nursed back to health.

Do I need to tell you that Darkly instantly becomes smitten to the point of obsession with Callie, a seraphic figure who is in a constant state of near-undress, beaded with sweat and practically dripping sex, “tempting” the buttoned-up (literally) Darkly to give vent to his long-repressed urges? It’s barely a spoiler to say that this all ends, as it inevitably must, with a literally burning bed and a homicidally crazed Brendan Fraser, painted red and wearing a barbed wire shirt. 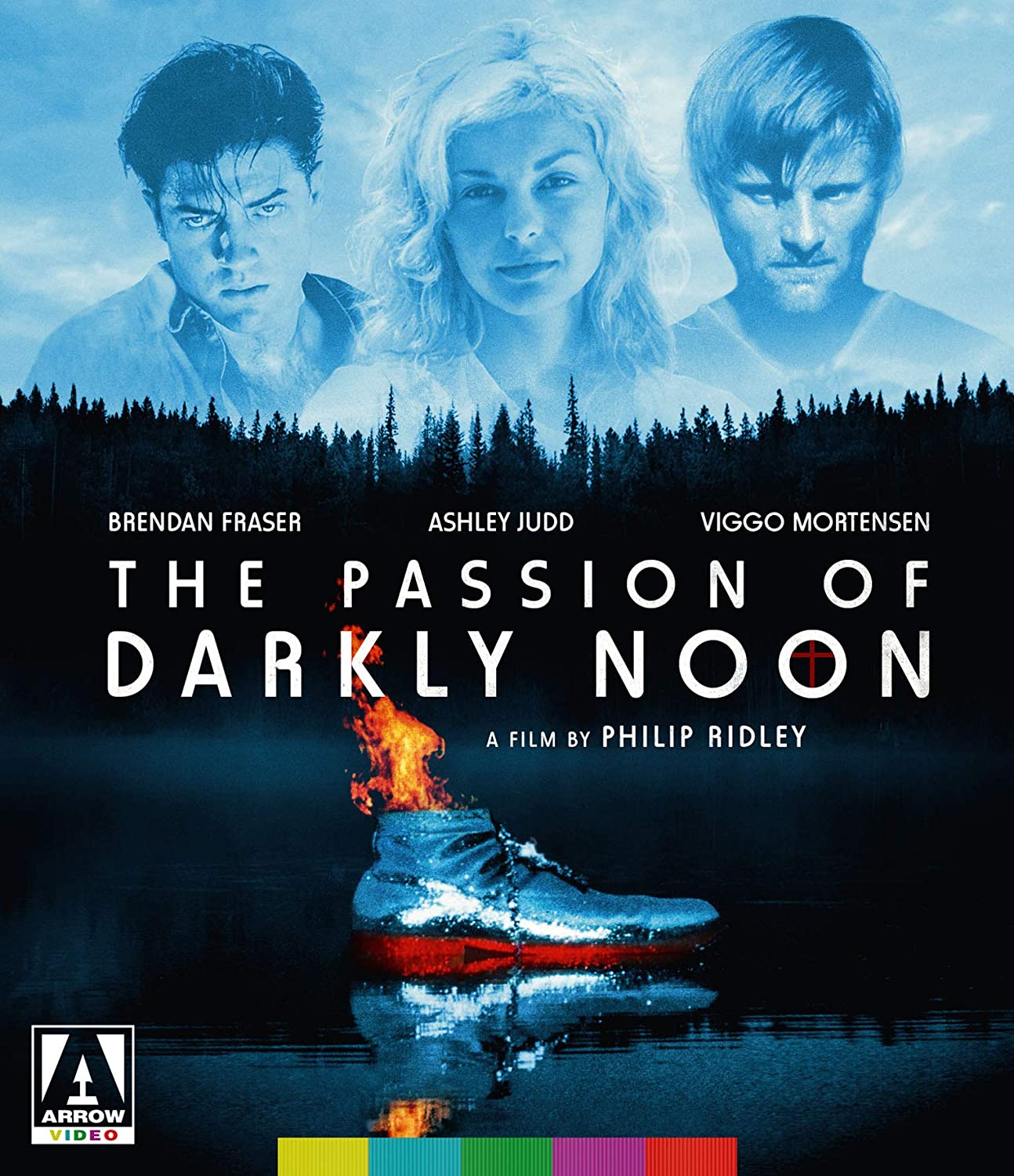 Passion is a movie that feels 100% like it takes place during the Great Depression, even though we see an Airstream trailer and I think Darkly’s backstory involves helicopters. The few characters who enter into our narrative from the outside world constantly talk about how bad things are out there, comparing it to the “Dark Ages.”

The unspeaking Clay is a carpenter who makes his living crafting coffins, and when the flamboyant undertaker swans in for a scene midway through the movie, he discusses people out there “starving” and “dropping like flies.”

It sounds like the Biblical end times everywhere but in the beatific forest where the entirety of the film takes place – a location that, according to Roxy, the woman Darkly meets in the woods partway through the movie, who gives him (and us) some exposition and sets into motion the film’s tragic denouement, is beautiful on the outside but “uglier than sin” underneath.

Though clearly set in some nearly-mythical version of the American South, Passion’s almost impossibly beautiful landscapes were actually filmed in Germany. The only buildings we ever see are the house and the barn, unless Roxy’s Airstream trailer counts. There’s a cave filled with cave paintings that have been there for “thousands of years,” and the river with its giant shoe, and that’s about it.

It is, as you can probably tell, an intensely symbolic movie, even while its most blatant symbol – the giant, glittering shoe that Darkly sees floating languidly down the river and later transforms into a funeral pyre for a dead dog – is also its most mystifying. Its literal presence may get explained away by the last-reel arrival of a troupe of circus performers, complete with elephant, but its metaphorical role remains more elusive.

Which makes its own kind of sense, given that Ridley’s direction of the film was inspired by Surrealists –there’s even a nod to the infamous Un Chien Andalou, when Darkly awakens with ants crawling on his hand and face.

Though he has only made three feature films, Ridley is what the booklet that accompanies the new Arrow Video Blu-ray calls a “polymath.” A poet, a playwright, a novelist, a painter, a photographer, a songwriter and more. Touching on that last one, he actually co-wrote two of the songs that play during The Passion of Darkly Noon, performed by PJ Harvey and Gavin Friday.

In the hands of a less assured architect, the story of a man with a “sense of entitlement” – Ridley’s own words – could feel like exploitation or like another story that, in the era of #MeToo, we fundamentally don’t need to see. One that puts us, often uncomfortably and always inescapably, in the subjective shoes of Darkly, rather than any of the film’s other characters.

As Alexandra Heller-Nicholas points out in a far-ranging essay that covers not only all three of Ridley’s films but also his plays, short films and more, there is a quote in The Krays – a film that Ridley wrote but didn’t direct – that echoes in all three of his features.

In it, the character of Aunt Rose says that men “stay kids all their fucking lives and they end up heroes. Or monsters.”

Darkly Noon certainly stays a kid all his life – his development stunted by his fundamentalist upbringing, which makes it impossible for him to process the competing urges, impulses and mythologies that he encounters in the woods – and he ultimately becomes a monster. But he is also the hero of our story, because we have no choice but to experience it through his subjective perception, even while we in the audience know that he is wrong.

Stake Land: The Vampire Film You SHOULD See This Year

Regression: A Scene from a Career in Decline
Previous Post