I must have repeated this story – not a sensational story but a story that can only happen to you once and never again – a hundred times on message boards and chat rooms and at fan meet-ups, when I had time for such things.

It was a September afternoon in 1994 and I was driving my shit brown Monte Carlo to the mall. The day at school had been a blur. All that mattered to me – a 16-year-old kid madly in love with a rock and roll band – was that Monster was out. The album’s first single, “What’s the Frequency, Kenneth?” was the only song I’d heard from it, a song with a comma and a first name and then a question mark at the end that to me was more like an exclamation point. The video was all over MTV and it teased a reveal of Michael Stipe’s newly bald head as he gyrated in the frame from the neck down, and he, Mike Mills, Peter Buck and Bill Berry played in an empty warehouse to nothing but a projection of a photo of a suburban ranch house. It was the greatest most glorious song I thought I’d ever heard – really like nothing I’d ever heard – and when I finally pulled into the Media Play parking lot at the South Hills Mall in Poughkeepsie, New York, and walked into the store to buy the CD, I was rabid. 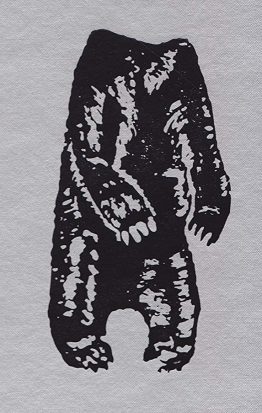 And then, to my increasing panic, I couldn’t find it.

This was before the Internet, and never could I have imagined that this band – my band, whose previous record was a quiet folk reflection on death – would put out an album whose cover was a blurry bear head floating on Halloween orange. But before I left the store in agony, I decided, in desperation, to take a closer look at that odd neon square of plastic over on the New Releases shelf. It couldn’t be the album, and even when I saw the name “R.E.M.” printed on it, I still couldn’t believe it. When I slid the CD into my car stereo a few minutes later and it started to play, it felt like a dream. It sounded exactly like it looked, messed up and loud and brash and glam, fuzzy with distortion and sex and fire. It was as wonderful as it was surprising. The left turn the band took – hardly a turn but a compete car-flip over a guard rail right off the side of a bridge – would forever be something I valued most in new music: the audacity to experiment, to reinvent, to break boundaries. I listened to nothing else for months.

That September afternoon was 25 years ago. But every new record I’ve bought since has been an attempt to recreate it, to capture even a fraction of how it felt that day – to be 16 and buying my favorite record of all time.

Which brings me to 21st St. and Ditmars Blvd. I am outside in the mid-autumn chill, furiously tapping out this Unwinnable column on my phone as I walk around the block past midnight, listening to the 25th anniversary edition of Monster that arrived earlier in the mail, passing ghosts and skeletons and spiders and pumpkins on porches as it blasts right past my ears and directly into my brain. I’m listening not to the original record or even to the demos I’d waited months to hear but to Disc 3, an unexpected new remix. How objectively good or bad this remix is is totally irrelevant. To judge it that way – and many foolishly are – is to miss the point. This is a gift. An ancient artifact dug out of the sand and restored into something both familiar and strange. Scott Litt has taken bits and pieces from the original sessions, kicked up the vocals, grabbed alternate takes, removed stuff, added other parts that maybe were already there but I’d never noticed, pulled them into a messy, buzzy whole new experience and now – now, in 2019 – I am having that exact feeling of being 16 and buying my favorite record of all time and I never thought it would happen again but it’s happening again and oh my god this record is magic. I message an old friend and he uses words like alien and radical and I’ve listened through 1 1/2 times and I know I will never love a record more than Monster and also that after all this time I don’t even want to.

This reworked outro to “King of Comedy” is pure exhilaration. This version of “I Don’t Sleep I Dream” takes the same song I’ve loved for years and makes it even more obviously itself. My mind is tricked, and now I am shocked and shaking from the cold but I can’t stop listening, can’t stop typing, can’t let this old new feeling pass.

I see my house again as I make a final turn around the block. Inside, my kids are asleep. My wife too. My fingers are frozen. I’m 16 in the cold and 41 where it’s warm. I’m both at once. It’s time to go inside. I climb the front steps and think about pausing as I cross the threshold in some sort of poetic gesture, the music bright and loud in my ears, the house dark and quiet. Of course that’s silly and trite and on the nose, an idea I might have scribbled into a marble English class composition notebook in the fall of 1994 – lifetimes ago. Except now I’m that teenager again all of a sudden, and I know I won’t be anymore when I go back inside and turn off this glorious noise and head upstairs to bed, quiet not to wake the baby, so I open the door, take a deep breath, and goddamn it, I do it anyway.