This is an excerpt of a feature from Unwinnable Monthly #120. If you like what you see, grab the magazine for less than ten dollars, or subscribe and get all future magazines for half price. 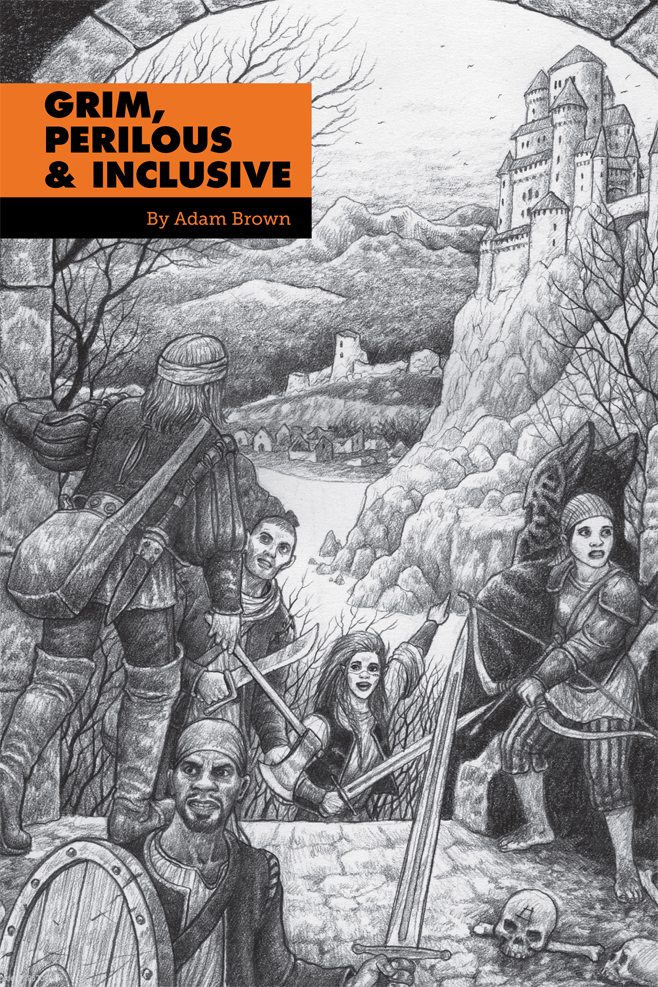 Several months back, I was given a copy of the Zweihander: Grim & Perilous tabletop roleplaying game and have been writing up a few articles about my thoughts. As I’m delivering this, it should come as no surprise that I’m enamored by how a fairly old and established system can be delivered with a fresh take (Zweihander has grown from a large collection of mods, notes and hacks for Games Workshop’s 1986 Warhammer Fantasy Roleplay, under the original name Project Corehammer). Who doesn’t love a bit of dark fantasy though? It’s even more appealing as the focus is not on cliched bright shining paragons, paladins, wizards and holy clerics, but instead on the ne’er-do-wells and common folks. Sure, one can rise through the ranks, but it’ll be a hard slog and you’ll need to have your wits about you to survive what could be considered ‘simple’ encounters in other systems.

Putting all the gushing over the system and art aside for a moment though, I made a passing comment about the team’s stance on inclusivity by designer Daniel D. Fox: “One rule above all others is held in the highest regard around the gaming table – have a good time!” Unless this is your first tabletop RPG rodeo, I’d be surprised if you were approaching a game as anything other than an opportunity to have fun with like-minded individuals. In my case, I’ve always gravitated to games with friends; or at least where I know a couple of the people at the table. It wasn’t naivety that informed my opinions, I know many folks play pick up games or enjoy convention games and such, it’s just that I’ve never gone out of my way to really consider the question of inclusivity.

The team over at Grim & Perilous Studios have made a point, both ongoing in social media and in the books themselves, over their desire to promote engagement and an openness in Zweihander. There’s a cutaway paragraph explaining the use of gender neutrality which I took no issue with; indeed, I more skimmed over it nodding in agreement before reading on. It’s only as I reconsider this and reflect, as I’ve made more effort to be actively engaging with the wider tabletop community online, that things start to fray a little at the edges.

As a white guy rapidly approaching middle age (some might argue I’m already there . . . ) I must admit that I’ve never felt the need to question a book’s choice of pronouns or whether there’s a balance in the depictions of genders or variations in physical appearances. I’m comfortable enough that if the writer’s choice is for she/her throughout, I get it. I also get that words matter. What I probably didn’t take enough note of, is that for some people, this can be the difference between feeling something is offered and available to them. And therein lies the crux. It’s not about me. It’s not about you either. It’s about everyone as an individual. Sounds like wishy-washy platitudes, right? Maybe I’m just irked that even among an already niche hobby, albeit growing exponentially, there are folks who haven’t got the message.

Adam Brown grew up in Scotland, watching classic TV, film and playing make-believe with friends. As he’s gotten older, nothing much has changed. He doesn’t get to play tabletop games as often he used to, but with two wee kids, he doesn’t have long to wait until he’s got a party ready to go! Follow him on Twitter @brother_rooster.

You’ve been reading an excerpt from Unwinnable Monthly Issue 120.