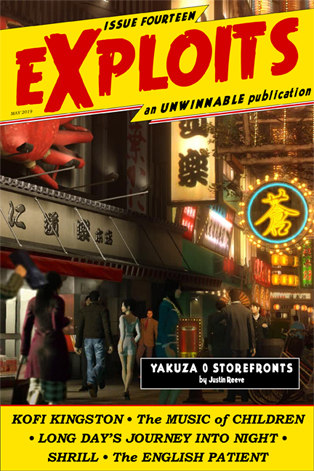 This is a reprint of the feature essay from Issue #14 of Exploits, our collaborative cultural diary in magazine form. If you like what you see, grab the magazine for free this month, or subscribe to never miss an issue (note: Exploits is always free for subscribers of Unwinnable Monthly).

My parents weren’t big on listening to music around the house, so my personal experience with music was limited to the radio and the few cassette tapes I owned.  The first was Thriller (cancelled). Then came DJ Jazzy Jeff and the Fresh Prince’s And In This Corner…., followed soon after by the soundtrack to the Weird Al movie, UHF. I listened to those cassettes ad infinitum, which I’m sure would have driven my parents bonkers if they hadn’t wisely given me a walkman allowing me to keep my strange, limited playlist to myself. Still, they probably weren’t thrilled to listen to me sing along to such classics as, “I Think I Can Beat Mike Tyson” and “The Biggest Ball of Twine in Minnesota.” (Side note: I didn’t realize the “Hot Rocks Polka” from this Weird Al album was a medley of Rolling Stones songs until I was way too old. Like would you think I was lame if I said I was in college? Yes? Then I was in 8th grade.)

Now that I’m 40, I can shake my fist at the kids these days and bemoan the absurd riches they have when it comes to all forms of entertainment. Since moving in with my fiance and her seven year old son a little over a year ago, I learned that having all the music in the world readily available has not stopped kids from obsessively playing their favorite songs over and over. And over. And over. And three more times. 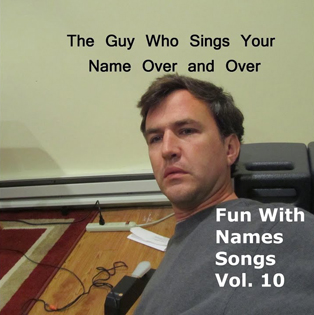 It was around Christmas time when our cohabitation began. I had given my fiance an Alexa, thinking she could use it at her office. Instead, she decided to keep it in our apartment, where it has primarily been used by her son, James, to play music. He spends all day asking Alexa to play songs. In a way, it is fascinating to see how he experiences music and how his musical obsessions change. In another way, Alexa is a torture device akin to being stretched on the rack while listening to Pitbull.

The transitions are swift and decisive. One moment, he’s asking Alexa to play “The Poop Face Song” for the ten millionth time, the next he’s moved on to the “Fortnite Rap Battle.” That song has been played forty million times in my house and it is not good and it lives in my brain, whereas “The Poop Face Song” is a work of art and the next time humanity etches a bunch of songs onto a golden record to launch into space we must include it. Given the choice between lazy rap about getting a kill shot with a sniper rifle and the beautiful simplicity of sing-spelling, “P-O-O-P-F-A-C-E,” I’ll go with the poop every time. 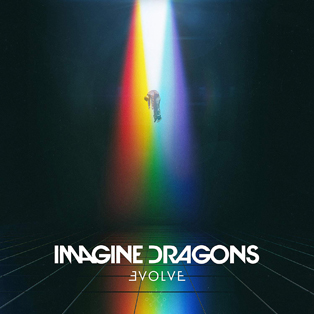 The beginning was rough. His first musical obsession was Imagine Dragons. That was a long dark winter. How did a kid learn about music for former jocks who get emotional watching beer commercials? Like most problems with our society, it was YouTube’s fault. For whatever reason, Imagine Dragons songs were used in a number of music “videos” using animation for some game made of nightmares called Five Nights as Freddy’s that all these kids were into. My understanding is that the game is about grotesque Chuck E. Cheese style animatronic robots that try to kill the security guard at night. You know, kid stuff.

Spring brought us a Minecraft video featuring a parody of Taio Cruz’s “Dynamite,” which led him to discover the original tune. That’s a reasonably fun pop song I could get behind and honestly anything was better than hearing “Believer” again. But the repetition. Annoyingly, James’ seven year old voice is out of the range of frequencies that Alexa easily recognizes. Or she just doesn’t like the kid. After hearing him ask several times, I would have to yell the song to her from the other room, but not in a mean way because kids kind of consider Alexa a person that might have feelings. If you yell at her they’ll think it’s okay to be a jerk to people. And honestly, who am I to say Alexa doesn’t have feelings? I only started going to therapy last year, so my therapist would tell you that I arguably didn’t have feelings until very recently. It would be a major breach of my privacy to tell you that, not to mention a significant HIPAA violation. 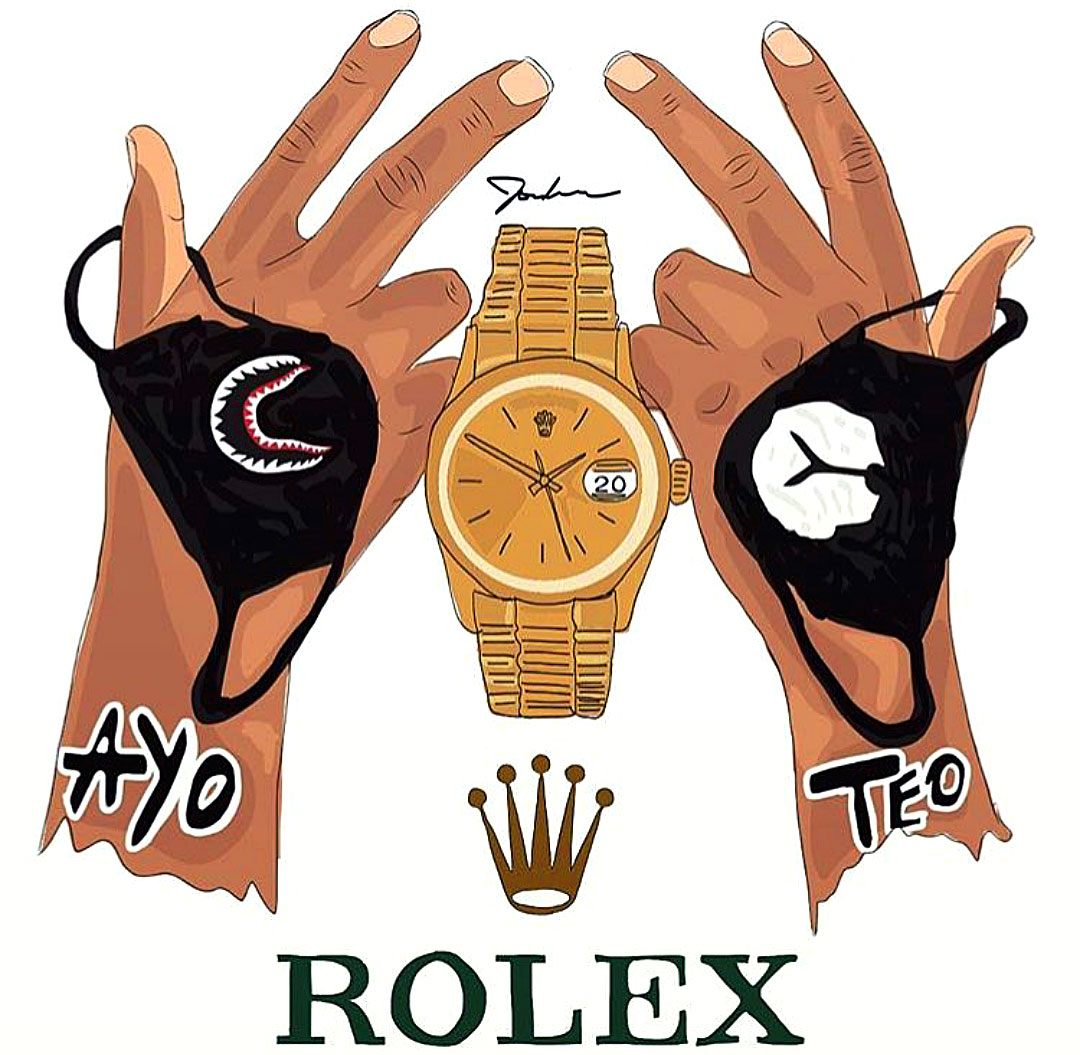 Anyway, I was also exposed to new music through James’ song selections. It is hard to remember a time when Ayo & Teo’s “Rolex” wasn’t stuck in my head, and hearing Camila Cabello’s “Havana” on repeat got me trying to play along with the song on the piano. Our piano is appropriately out of tune. James started asking me to use Shazam when we are out and about to identify songs he wants to ask Alexa to play later. Often the songs are completely alien to me, like “Bubble” by Raven & Kreyn. I dislike most things about this song and definitely making the dislike list are its title and the artists’ names. Other times, it’ll be a song from when I was in high school, like Biggie’s “Hypnotize.” I’m not sure which idea was more confounding for James: that a song he likes is over 20 years old, or that I was ever young enough to be in high school.

At times, we had to wonder if James was just fucking with us. We endured several weeks of hearing Smash Mouth’s “All Star” and he asked me to print out the lyrics for him to memorize. Like that had to be a bit, right? Sadly, no. I lost a lot of respect for him at that point.

Thankfully, James redeemed himself and then some when I heard him ask Alexa to play Weird Al. When he heard “Eat It” and “Fat,” I got to show him the videos and relive my own childhood musical obsessions. Things were looking up. 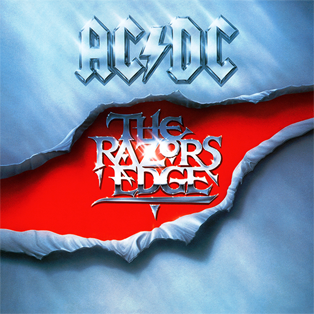 Just when I thought it couldn’t get any better, James started asking to hear AC/DC. Both “TNT” and “Thunderstruck” got regular play and life was good. I got it into my head I’d soon be introducing him to Iron Maiden and all the garbage we’d endured would be fine because they brought us to this point. Of course, like all tragic tales of Homeric proportions, it ends with the release of another Fortnite Rap Battle. This one, cleverly titled, “Fortnite Rap Battle Round 2” proves that the old movie adage about sequels always being worse than the original also applies to music. Even when the original is extremely terrible. These songs are the Michael Bay Transformer films of music.

Living with James has been the best thing that ever happened to me. Living with a kid and an Alexa as your jukebox has its ups and downs, often followed by even deeper downs. But every once in a while Alexa gets asked to play a guilty pleasure song like “Downtown” and I realize being cranky about music is just me being back on my bullshit. It’s cool to watch his musical journey, occasionally googling things like, “Is it illegal to murder an Alexa?”

Now listen to nothing but this playlist for the rest of the year.

Cuter Than a Cat in a Bowtie