The unending nature of the United States’ War on Terror means, among many other things, that certain types of cultural products do not age at the same rate as their contemporaries. Topical films from a decade ago should feel outdated, but the persistent existence of the War on Terror means that a film like Body of Lies, which is not otherwise notable, remains relevant in its subject matter and its political perspective. This is not necessarily a good thing.

Body of Lies, a 2008 release directed by Ridley Scott and starring Leonardo DiCaprio and Russell Crowe, tries to construct a critique of American military operations in the Middle East by focusing on the work of two CIA agents, one in the US and one abroad, initially in Iraq and later in Jordan. The film sets up a familiar dichotomy: Crowe’s character, Ed Hoffman, is the expert at a distance, equipped with data and overconfidence, while DiCaprio’s man-on-the-ground, Roger Ferris, has a different but more valuable kind of knowledge. Hoffman seems omniscient, somehow aware of everyone Ferris meets and what all of their motivations are. His lack of real-world experience leads to a lack of judgment, however, and he repeatedly ruins Ferris’ counter-terrorism and intelligence-gathering efforts with his own bad ideas. Ferris, by contrast, has an intuitive understanding of “the Middle East” (as this film portrays it). He lives there. He speaks Arabic. He has a beard. This is enough for the film to position Ferris as representative of a flawed but preferable method of US military engagement in Middle Eastern politics.

Ferris and Hoffman want to locate Al-Saleem (played by Alon Abutbul), the leader of a terrorist organization who has taken credit for recent bombings throughout Europe, and Ferris settles in Amman to carry out this task in cooperation with the Jordanian General Intelligence Directorate. After a handful of their efforts go awry, Ferris proposes that he and Hoffman try something unorthodox, without the GID’s knowledge, in an effort to lure the terrorist leader out of hiding. The Americans decide to fabricate the existence of a new terrorist group, using doctored data and images to frame a local architect as its leader, and then stage a terrorist bombing on a military base in Turkey. Their hope is that the new attention granted to a competing terrorist group will frustrate Al-Saleem, who will then try to contact this group and, in the process, reveal his location to Ferris and Hoffman. It works. 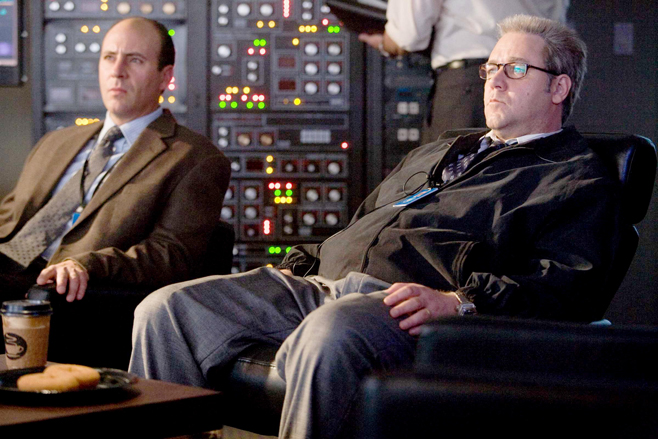 This is only a portion of the plot, which gets more complicated as the film moves forward and is not necessary to recount here to highlight its worst implications. Ferris’ fake terrorist plan, for example, eventually results in the death of the architect he framed, an innocent man unaffiliated with any terrorist organizations. Rather than see this for the horror that it is, however, the film situates it as part of Ferris’ discovery of his own shortcomings as a CIA agent, and the audience is meant to sympathize with him. Al-Saleem is captured with the GID’s help, anyway, so the entire risky and ethically heinous operation, despite all of its complications, is a success. Ferris ultimately decides to remain in Amman rather than be assigned to another job with Hoffman, having finally come to understand the problems with the US’ War on Terror.

I think it’s worth reiterating the arc here: a CIA agent frames an innocent man, gets him killed and the audience is meant to respect that agent and his decision to remain in Amman without having faced any consequences (and to celebrate the success of the mission despite all of this). The Middle East and those living there become a backdrop for Ferris’ self-discovery, an expendable tool that helps him learn what is important to him and what ethical behavior is. It should be less than surprising that another motivation for Ferris’ actions in the film is his relationship with a woman, Aisha (Golshifteh Farahani). The US has often co-opted women’s rights discourses to justify its imperialist ambitions throughout the Middle East, and Ferris’ relationship with Aisha reflects this tendency.

Body of Lies also attempts to appear even-handed in its political analysis by offering occasional critiques of American interference in the Middle East. The idea that terrorist violence in the region might be related to, or a consequence of, US actions is floated in some dialog. In a more broadly cynical gesture, Hoffman tells Ferris more than once that “nobody is innocent in this shit” as a reply to Ferris’ deepening concerns about the ethics of his actions. A comment like this, coming from an expert like Hoffman, is meant to sound like a kind of cold-hard truth regarding the lengths the American government has gone to in its foreign policy activities. These attempts at fairness, however, are ultimately not enough to offset the film’s depiction of the Middle East as culturally retrograde and predisposed to chaos, a place with problems that the US military could fix if it weren’t so preoccupied with its own issues.

Through its portrayal of the Middle East as an inherently violent and fractured region, and through its portrayal of the War on Terror as compromised but effective, Body of Lies parallels the bipartisan consensus on the US military’s continued presence in the Middle East. Neither the film nor any significant portion of American politicians and officials questions the assumption that the US military should be involved in the region; the question is always instead about whether or not the nation is using its military in the best manner. 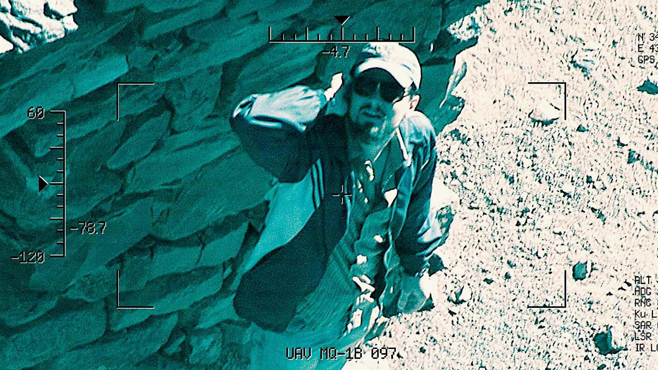 This reality, a daily constant for millions of people but often unexamined in the American press, came into focus again after the Trump administration launched strikes in Syria last month. Immediately afterward, members of Congress issued statements condemning the strikes as illegal and unconstitutional, demanding that the President submit his strategy to a Congressional vote. Their phrasing here was crucial. Many of those opposing the President’s actions attested to the need for a “plan” for the Middle East, or asked the President to outline how he hopes to bring “stability” to the region. Some discussed the need to condemn the Syrian government’s actions and prevent further violence but argued that these strikes would not be effective in pursuing those goals.

In this chorus of recriminations, there was near-unanimous focus on the legality of the administration’s choices. This is obviously important, but even the most prominent Democrats speaking out did not bother to question the US military’s involvement in Syria on principle. Instead, the argument in most of their statements remained the same as it has been for years: that the US should try to bring peace and stability to the Middle East through the use of its military but should try to make sure its use of the military is proper. What constitutes “proper use” is never defined. Lawmakers instead engage in discussions that result in little meaningful difference in policy. A notable exception to this status quo remains Rep. Barbara Lee, who, in her opposition statement, noted that the last 16 years have proven that “we cannot bomb our way to peace.” Lee was also the sole vote against the 2001 Authorization for the Use of Military Force that created the legal framework for the War on Terror.

What kinds of beliefs are inherent to the idea that United States needs to have a military “plan” for the lives of hundreds of millions of people in other countries? What would a substantively different approach toward American foreign policy even look like? These are questions that mainstream American politicians (and much of the press) do not bother to ask, despite occasionally voicing concerns about whether or not Congress has authorized certain military activities. If those concerns were sincere, many of those same politicians might not vote to inflate the military budget every year, pushing it ever closer to the unstated but inevitable trillion dollars annually. This is not the case. The military budget remains largely uncontested, despite the admission from sitting senators that they have no idea where the hell our troops are. The annual expansion of the military budget guarantees the US’ armed involvement in conflicts its elected officials do not understand and in places those officials have little to no regard for.

Those speaking of an alternative to Trump’s Syria strikes are speaking of minor adjustments, not actual alternatives. They are speaking, in effect, of the Ferris option in Body of Lies – a more inclusive military approach that tries to better understand the locations it bombs before it bombs them. Former President Bill Clinton epitomized this idea at the 2016 Democratic National Convention when he implored, “If you’re a Muslim and you love America and freedom and you hate terror, stay here and help us win and make a future together.” This is not just conditional acceptance of certain communities (and a discriminatory association of Islam and terrorism), it’s a blatant acknowledgement that the party views those communities as tools to be used to achieve military ends.

Between the two major parties, the goal of American foreign policy remains the same regardless of political affiliation. The idea behind the character of Ferris, and behind these statements from Democrats, is that there is somewhere a more humane, cultured way of continuing the War on Terror that involves a better understanding of the Middle East. Few making foreign policy decisions have offered the idea that the War on Terror is, itself, inhumane. This leaves little room for substantial change.

It’s not so difficult, then, to imagine that the US military will still be operating in the Middle East in 2028, nor is it difficult to imagine that our political system will remain supportive of its presence there despite infighting and circumstantial disagreements. If this is to be the case, then films like Body of Lies, against all better judgment, might enter the canon of timeless works that speak to some truth about the human experience beyond their moment of creation. This is probably not what most people mean when they describe a film as “timeless,” but some things, like legal precedent, are open to interpretation.

The Adult in the Room