This column is a reprint from Unwinnable Monthly #94. If you like what you see, grab the magazine for less than ten dollars, or subscribe and get all future magazines for half price.

With the release of Steven Spielberg’s autofellating adaptation of Ernest Cline’s list-of-references-cum-novel Ready Player One set for 2018, I fear we are on the verge of the culmination of pop culture’s obsession with nostalgia.

I don’t entirely know what that future holds for us, because I don’t entirely understand what nostalgia is. Why does it pull at us so powerfully? Why is it so easily sold back to us? What is it about then that is so much more appealing than now?

Webster’s first definition is curious: homesickness. Only in the second definition do I find something more in line with the contemporary notion of nostalgia: “a wistful or excessively sentimental yearning for return to or of some past period or irrecoverable condition.”

That lines up with how most people describe nostalgia when I ask. It’s always tied up with something that came before – when things were easier, simpler, higher quality, but cheaper, more fun, more real and tasted better. The good old days, you know?

This is a function of memory then. Nostalgia seems often tied to the experiences childhood and things are simpler for children. The colors of the world haven’t yet been washed out by too many years of disappointment. Even so, memory is a tricky thing, self-editing to the point of deception. There’s a reason no one should trust eyewitness statements.

Try this: remember something physically painful that happened to you. It can be anything – toothache, car crash, surgery, bad stomach flu, the worst hangover of your life – we all have a selection we can draw on. Got it? Now try to remember the pain, how it felt. Not the fact that you were in pain, but the red-hot sensation of it. Can you do it?

If you’re like me, you’ll fail. I can no more conjure the feeling of that pain than I can a scent or a taste. Your brain, perhaps for reasons of sanity, takes the memory of spending two weeks suffering through nerve pain from a wisdom tooth and sanitizes it. Which is to say that the memory of the thing is not the thing itself, not a duplicate or a Xerox – it is an echo. 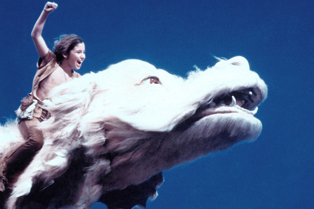 This is why our opinions often change for the worse when we revisit something from our childhood. When I saw The Neverending Story as an adult, I could scarcely believe a film that NY Times critic Vincent Canby rightly called tacky (he also likened Falcor the luck dragon to an “impractical bath mat”) had inspired such fear and sadness in me as a child. Despite some great moments, it is a painful movie. Disagree? I ask if you remember the neverending montage of Atreyu flying on Falcor’s back to Giorgio Moroder’s cloying score that is in the middle of the interminably long, slow, poorly dubbed movie.

I was shocked when I saw that scene, which lasts full two minutes (though it feels more like fifteen, with Atreyu shouting “Yeah!” over and over again, pumping his fist in the air as a fan blows on him and stock clips of clouds whiz by on the green screen). Its awfulness didn’t jibe with my otherwise favorable childhood impression of the film, so my memory just…left it out. Like a tumbler polishing off the rough edges of a stone, my brain created the most palatable version of The Neverending Story it could, supplanting the reality. Every time I looked back fondly on that movie, I was accepting a lie that, on some level, I told myself.

That’s nostalgia: the lies we tell ourselves about the past.

Let’s got back to that first dictionary definition, though – homesickness. A doctor coined the word nostalgia in the late 17th century while diagnosing a sometimes-fatal condition among Swiss mercenaries pining for the alps of their homeland. This notion captured the imagination of the Romantics, who perpetuated the idea that if a Swiss person should hear a cattle herding song of the alps while abroad, the consequences might be ennui, illness or death. This supposedly powerful effect that the alps exerted over the people who lived on them translated to enthusiastic tourism to Switzerland during the 1800s. 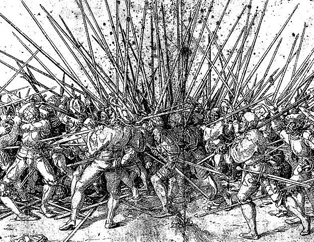 Over time, doctors began to view nostalgia less as a disease in and of itself and more as a symptom of melancholia (itself often described as a debilitating wistfulness) or suicidal impulses. As the term fell out of medical favor, it gained popular currency, steadily increasing in usage over the course of the 20th century.

Which brings us back to Ready Player One, a book consisting of author Cline’s childhood cultural memories stapled together in the semblance of a story (I’ve touched on this before, but the book’s problems are perhaps best laid out recently by Jeb Lund). Many things bother me about the novel, but none so much as its willingness to recycle the past from whole cloth and reduce complicated stories other people created into the simplest of off-the-cuff references.

For instance, all time travel stories since 1985 have taken something from Back to the Future, which is fine and inevitable; it is part of our shared cultural fabric. Yet what Ready Player One does, over and over again, is draw on your nostalgia for Michael J. Fox and Delorians to use that as shorthand for time travel. Cline reduces a voluminous and complicated science fiction sub-genre down to a single two-hour film not because the movie accurately sums all that up, but because it happened to have been made in 1985 and he saw it then as a kid.

You could say Cline uses pop culture references of the 80s and 90s as a leitmotif, if you want to give him that much credit. What I see is an author trying to build a symbolism out of his narrow experiences with culture during a particular window of time. It is the language of a gatekeeper. Cline is not celebrating the things he loves but testing the knowledge of those he suspects are wanting in their devotion: his audience. If you haven’t seen the movie or played the game (you monster, you uncultured cur) you can’t read his book – it is written in a dialect you can’t understand.

Everything is something else. Georges Polti distilled every possible story down to just 36 dramatic situations, of which we mostly see only a handful. Star Wars, as we’re so often reminded, riffs on the hero’s journey of numerous mythologies, as laid out by Joseph Campbell. Donnie Darko takes the basic plot of Richard Donner’s Superman to a dark and far out place, but you can see the bones if you know where to look. My favorite horror movie – John Carpenter’s The Thing – is both a remake and an adaptation, making it part of a creative tradition older than Shakespeare (who was perhaps literature’s greatest thief). Nothing is new. We can only rearrange things in hopes of seeing them in a new light. Even our nostalgia for the 80s is recursive since most of the culture of the 80s is rooted in a deep nostalgia for the 50s.

As we move forward in time, as nostalgia for the past grows, certain things fossilize. We mistake our own experiences with culture for culture itself, travelling back not to the thing, but to our memory of the thing, valuing that above all else, even as it is flawed and indistinct. 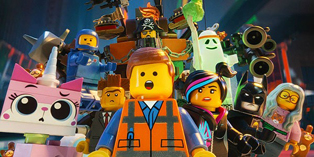 The apocalypse that Ready Player One heralds – not through its story, but in the very existence of the book – is one of cultural shorthand, of established brands forever being remixed, of the artistic output of the 20th century encased in amber and enshrined as the pinnacle of human creativity. It is already happening. You can see it in films like Wreck-It Ralph, Pixels and the Lego movies. Nothing is new, but when nostalgia conquers completely, I fear we’ll stop trying.

Nuclear war or the technological singularity don’t fill me with dread because I don’t honestly expect to survive either if they come to pass. The suffering would be great, but likely brief. The final triumph of nostalgia, though? That isn’t going to kill me. I’m going to have to live with it, to watch everything old become our new way of communicating. We’ll express our sadness with an image of the Iron Giant. We’ll celebrate by playing the Indiana Jones theme. We’ll know romance only through quotes from Dirty Dancing.

We’ll be well fed but never really nourished on the pale gruel of culture’s half-life.

1931: Scheherazade at the Library of Pergamum