Between the increased availability of once-rare figures and the spike in MSRP pricing (currently $21.99 in Canada), amiibo collecting isn’t what it once was. I was never a hardcore hunter — I only sought the ones I really cared about — but so long as my card-collecting reflex continues, I can’t say I’ve really pulled out of the hunt, can I?

I’ve been working towards a complete set of Animal Crossing amiibo cards at a very slow pace, and I’m approaching the end of what has been an almost two-year project. These trading cards (available in blind packs of six) function in a similar fashion to amiibo figures in that you can scan them in compatible games for certain bonuses. In Animal Crossing: Happy Home Designer, this means hand-picked home-design requests from what is normally a randomized selection. Functionality in Animal Crossing: amiibo Festival is varied depending on the game mode. So in Desert Island Escape, for example, characters scanned into the game will have different abilities depending on the species — bears automatically move to adjacent honey spaces once they’re in range, and cats can catch fish without a fishing rod.

In the initial stages of collecting Animal Crossing amiibo cards from series 1, I was primarily motivated by curiosity to see how much of an effect cards would have in-game. My interest in successive series’ came from the realization that some of my favorite Animal Crossing residents had not been released in card form at that time. As I gradually dipped into series 2, 3 and 4 in the hopes of acquiring my favorites, I realized I had been bitten by the collecting bug.

The appeal of amiibo cards shot up once Nintendo updated Animal Crossing: New Leaf with amiibo card support, which meant that if your favorite resident moved away, you could invite them to move back if you had the corresponding card. By that point, I was well into collecting. So when Nintendo announced that 50 new cards were being added in conjunction with the Welcome amiibo update, I was slightly annoyed that my dream collection (still incomplete) had to go 50 cards deeper.

What really annoyed me is when, in an attempt to complete the new Welcome amiibo series, 17 of the 18 cards from the three blind packs I purchased were repeats. That was awful. Yet here I am, thinking of subjecting myself to the same process again with Mario Sports Superstars. 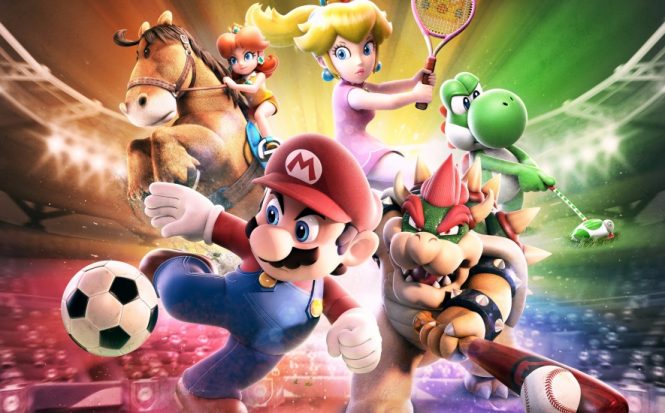 The sports compilation, which releases in March, adopts a similar formula as the four-part mishmash of Mario Sports Mix but with the added benefit of a collectible card series. Whether or not amiibo cards will be a long-term boon remains to be seen, but my first impression is that Nintendo might be going overboard here. Each playable character will have multiple card variants per sport (with recycled artwork from past games in the Mario universe, which I’m not impressed by). That means one card with Mario in tennis attire, another version of Mario for Soccer, and so on. These amiibo cards will grant gameplay benefits, including making Star Characters (standard characters with boosted stats) an instant unlock if you have the matching card. Really, the system feels like DLC schemes used in the mobile environment, where you can go the lengthy route of building towards an unlockable feature or gain instant access by spending money.

Launch copies of Mario Sports Superstars will come with collection bait in the form of a random amiibo card and a checklist of the entire series. But I don’t think I’m sold on the idea of going through another hunt for cards that may or may not mean much for the overall experience. I say that now, but check in with me after I buy two or three packs and see what Superstars has to offer…