This is a reprint of Cara Ellison’s introduction to the Women Abroad theme in the January 2015 Unwinnable Monthly, in which a cross-section of women in games — from fans to developers — share stories about living and working outside their homeland.  You can buy Issue Seventy-Five now, or purchase a one-month subscription to make sure you never miss an issue!

When the Edinburgh-tall midnight blue sash window is huffed-up with condensation and the rain dances with a snare sound on the roof of our tenement building, I like to think of how I came out of the dark into the dark, and settled. Very few mainstream films, books and stories give women quest narratives. But videogames do. Any person with a darkness in them and a love of their own agency, can navigate the dark, make it a playground in a game.

Perhaps the roleplaying game Sunless Sea is the most appropriate metaphor for what I did and where I came from. At the beginning of 2014, there was nothing for me but to leave the salt-razed shores of southern England, leaving the hulking, brooding shadow of London’s intrusive eye to survey itself. I left trying to admit to myself that I was not in fact running away from poverty or terror; I left trying to convince myself that I was going on a quest to illuminate others, and myself.

And so, on the Sunless Sea, as I uncover the map by urging my little ship to plough painfully slowly on into the black depths, uncertain of what kindness or cruelty I might find, I relive the times at which I journeyed into the dark myself and completed quests that I knew no one else had completed before. In the vein of Sunless Sea’s endless typed ship’s logs, I wrote about the game developers I encountered across the globe, and called it Embed With Games. (Did I encounter vicious ship-damaging bats? Monsters of the deep? Did I have to cannibalize my own crew to survive? You will have to read the finished book.) 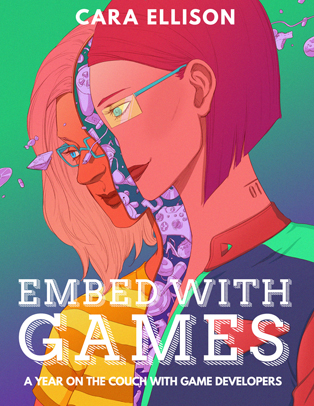 Vanessa Veselka writes of her own travels in American Reader, “But there is no female counterpart in our culture to Ishmael or Huck Finn. There is no Dean Moriarty, Sal, or even a Fuckhead. It sounds like a doctoral crisis, but it’s not. As a fifteen-year-old hitchhiker, my survival depended upon other people’s ability to envision a possible future for me. Without a Melvillean or Kerouacian framework, or at least some kind of narrative to spell out a potential beyond death, none of my resourcefulness or curiosity was recognizable, and therefore I was unrecognizable.”

I felt very unrecognizable whilst I was traveling — writing about games, in so many ways. Firstly: the male road narrative was all the guidebook that I had, and these men seemed to journey through violence, women and giant white whales to come to peace. I am a heterosexual woman, and though I am trained in two martial arts, the closest encounters I’ve had with violence have been when men have touched me without my consent, and I have fought them off in body and mind. Veselka says, “The subject of why women don’t have quest narratives would require a work the length of the unabridged Pentagon Papers. The short answer is kind of a “duh.” Power and patriarchy can’t afford women the possibility of quest, because within these structures women are valued as agents of social preservation and not agents of social change.”

And I wasn’t even sure who or what was my great white whale. (It’s probably the self, like it always is.) Tom Bissell’s Extra Lives seemed the only handbook for what I was doing, and it was so different from what I wanted to achieve, and I had no profound drug stories from my time playing GTA IV, because at the time I was working on that game from a quiet dark office in the increasingly tiny city of my birth. It felt like I had been in a cupboard my entire life, waiting to say what I wanted to say about games.

What I was doing seemed to have no blueprint. There was no guarantee of my success, or even of attention, because what I was doing was so niche: games made by little known independent figures, covered by a crowdfunded itinerant woman? The money would dry up on Patreon. The subscriptions would fail, surely, leaving me in some country far from Scotland. There is no big western narrative for solitary women outside of victimization and violence done to them.

This is what is so exciting to me about Sunless Sea: I can choose the gender or non-gender of my sea captain in Sunless Sea, and my quest is to find the trail of the previous sea captain, often a woman, and make my own memoirs. My crew address me as ‘Madam’ or merely ‘Captain’ if I so choose. I follow the pattern my forebears wrought for me and so many were women, some with snakes in their hair or bandages over their faces. The game is about the legacy I leave and who follows my inevitable death, knowing that I am known and I was recognized. I inherit her guns. I inherit her stories. People admit that they knew her, and expect a similar greatness in the explorer that stands before them, telling stories with lit eyes about the difference the Woman Before made. And I know it’s okay to follow her and push harder, the slow and painful progress into the uncharted oceans. And a book, a print book, like Embed With Games, is a legacy that is tangible in my hands as I hold it now. 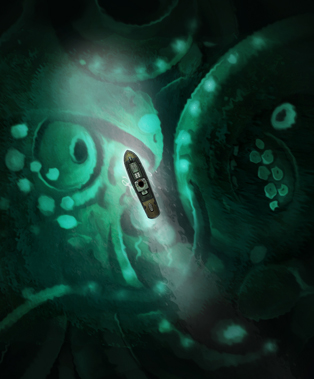 I am sure that no one I wrote about really knew what I was doing, what to expect or what the point of any of it was. I asked them for permission, over and over, to do something that I knew even I had no idea how to do. I was lost at sea, but I did find enlightenment. I understood that to make things is radical, in its own way. It is a form of self-knowledge. In the end, I came from the dark and settled in the dark here in the middle of Scotland, and was content with my stories of existential terror.

What I did not do was ask the culture I lived in for permission. It is the one thing that has held me back all my life, and in games too. The idea that I am to preserve, and not to change or kick out of shape anything, or I would be seen as an interloper. Culture has produced the idea of rules outside the actual rules, and many of those ideological rules are poison.

Fuck the perception of propriety. Make mistakes. Our whole lives are a sea of mistakes held together by a thin golden thread across islands of volcanic moments.

“If we have a shot it’s going to be because we stopped asking permission and just started in the middle,” Veselka writes. I have a hunch that everyone in this issue has started in the middle and is making her own legacy across the sea. Write a book, make a game, ask for what you want. The legacy recruits you.

Cara Ellison is a Scottish videogame narrative designer. Her writing and game narrative work has been featured in The New York Times and Wired. She was co-writer on Charlie Brooker’s How Videogames Changed The World for Channel Four television in the UK. Currently she designs the narratives for videogames, some a secret, some not. Follow her on Twitter @CaraEllison.

And the Prize for Truth Goes to…

Unwinnable Presents: Unlistenable Episode 65 – Why Do You Keep Hiding My Stuff