“In one of the movie’s finest moments, Ren – unmasked and intense – engages Rey in a major stare-down, an unholy duel between the light side of the Force and the dark. The sexual energy between them is strange and unsettling, like a theremin sonata only they can hear.”

With the rise of Star Wars: the Force Awakens there has been a different awakening: the fanfiction community that will fill the void for the next year and a half. This community has already created their “ships” – fanfiction parlance for the relationship on which a fic is based. While there are some clear forerunners – Poe Dameron and Finn – there is also the birth of a “trash” ship, the kind of ship that is both problematic and intense. In this dark abyss of fanfiction we find people who ship Kylo Ren and Rey.

It doesn’t take a lot for a ship to be born. The fanfiction community will hang on for years like a thirsty young girl starving in the desert, subsisting on fleeting moments of intimacy and casual touches when all others see nothing.

Kylo Ren seems to know who she is, seems to be more enraged when she becomes involved. He is shown hurting Poe Dameron in the very same room he holds Rey, but she is relatively unscathed. In their climactic fight, instead of striking her down when she has her back to the cliff, he offers to teach her. For others these may mean nothing, but they appeal deeply to a shippers heart.

The fact that there are people who started shipping Kylo Ren and Rey before the movie even came out is even less surprising. They have all the elements of other “trash” ships – a strong, independent female lead, an element of star-crossed angst, a male lead who is conflicted about his own evil (and attractive to boot). These are the elements that have defined other ships for years – see Lokane (Loki x Jane) and Dramione (Draco x Hermione). Add in a few potentially sexually charged moments and 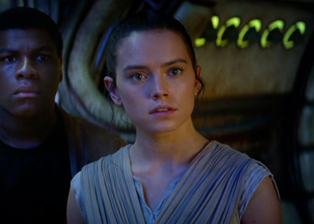 you have yourselves a ship.

What might set this ship apart (handily nicknamed “Reylo” within that fanfic tradition of Bennifer-ing the names of their main characters) is that it is very likely that these two characters are related. Not that incest has ever made a writer back down from their favorite ship (here’s to you, Supernatural fandom) Reylo shippers are leaning into the accusation, writing Tumblr treatises about the origins of the two characters, how they may be related, and starting the hashtag #notincestyet. This isn’t necessarily new – if you’re interested here’s a slightly spoiler-y explanation for why the Lutece twins in BioShock Infinite having a relationship would not be incest. It’s an Olympic level display of mental gymnastics, because chances are incredibly high that Kylo and Rey are somehow related.

There’s another element to the trash ship – it must always be under fire. For understandable reasons (the possible incest, abuse, character death) and not so great reasons (Reylo shippers are often accused of racism because they do not ship Rey/Finn) Reylo will never be a truly mainstream ship. But 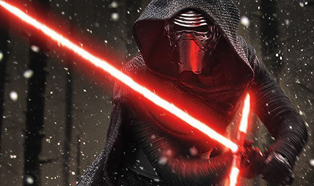 fandom does not exist to simply create and nurture healthy relationships in fiction, but as an exercise for writers and readers who find the characters
fascinating. One need only look at fanfiction’s most profitable properties – 50 Shades of Grey – to see that in action. What fanfiction relies on is chemistry, which our star-crossed leads have.

Either way, the existence of Reylo was foregone when Kylo Ren picked up Rey bridal style. In fandom culture, which perpetuates turning the deviant into the normal, a trash ship like Reylo will thrive.