The following is a reprint from Unwinnable Weekly Issue Forty-Nine. If you enjoy what you read, please consider purchasing the issue or subscribing. It has been updated since its original publication.

For almost a decade, long time Nintendo fans have been waiting for a true Metroid game. Metroid is one of Nintendo’s most beloved and respected franchises spanning almost 30 years of legacy. The foundations of isolation, atmosphere and exploration in unknown planets are what made Metroid great. With the release of the Wii U and its greater technological capabilities thousands of fans were expecting a new and improved Metroid game.

What we got however is a disgrace of a game with the name “Metroid” slapped on the title. It has no elements at all of what Metroid is about and it’s a disrespectful manner to old and new fans of the series of showing them that the Metroid franchise is not dead after all. This is not the Metroid we asked Nintendo to make. We should let Nintendo know what we really think of the game and make them actually LISTEN to their fans for once. Help us stop this atrocity of a game from bearing the beloved Metroid franchise name and make Nintendo halt production on it.

During Sony’s E3 press conference, developer Yu Suzuki took to the stage to announce a Kickstarter for the long awaited Shenmue III, saying that the fate of the game was in the hands of the fans. Except, that wasn’t quite true – Sony has since confirmed that the Kickstarter campaign was a way to gauge fan interest and that the company would be funding the bulk of the game. 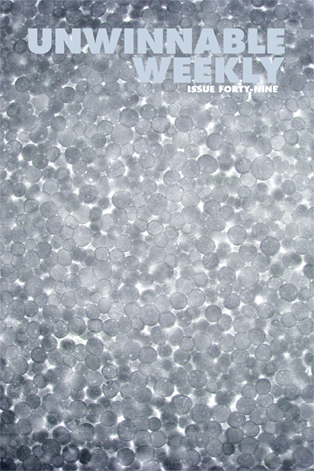 What exactly are fans paying for, then? The $2 million goal was met in less than 24 hours and contributions keep rolling in, to the tune of $3.5 million from 44,299 backers. An additional $2.5 million worth of stretch goals were recently posted to the campaign.

To my eye, this whole thing seems fishy, at best. I’ve been grousing about it on Twitter since the Monday night press conference. I can’t imagine Sony announcing a Kickstarter during their biggest media moment of the year if they saw any risk of it failing, but then, why say it was a test of the market? Why not be up front about it? Why not leave Kickstarter for projects not supported by mega-corporations?

It is a free market, of course, and Kickstarter has a vested interest in lucrative, headline-generating campaigns. The Kickstarter I prefer, though, is the one before the Double Fine Adventure Kickstarter, a place for creators to fund projects that would otherwise be impossible in conventional markets. There wasn’t anything inherently wrong with the Double Fine campaign, but it started us down a long road that inevitably leads to campaigns like Zach Braff’s movie (which later got Hollywood financing) and Shenmue III.

When Yu Suzuki says this is all about the fans, though, I think he’s being totally honest. It IS about the fans, strip mining them, about asking them to convert their love into cold hard cash. Is an evangelist standing up on television and telling you that God wants you to buy him a private jet any different?

Before I go on, I should tell you that I’ve never played the Shenmue games. Never interested me. I know folks who really enjoyed them, though. I am sure they are excited about the third installment. Also, in the broadest sense, I appreciate that a game so many people have wanted for so long is coming to fruition. I am happy they are happy. But I don’t really care about Shenmue III. I likely won’t play it when it comes out.

I also don’t really care about Metroid in any of its recent iterations. My interests shifted elsewhere after Super Metroid. Axiom Verge scratched that particular itch earlier this year.

You’re right in that.

Think of me as the person trying to shake you awake.

As I said, I have been on Twitter about this all week. When someone writes about Shenmue III, (like Ben Kuchera’s first scratch at the controversy [Kuchera has since penned this bit of Shenmue III news – Editor] or when Dave Houghton so eloquently took the words right out of my mouth, or when Matt Paprocki delivered one of the best distillations of the breakdown between companies and consumers I’ve ever read), I link to it, tell people to read it. That’s how I met my first Shenmue super fan.

We’ll call her Violet, because that is the predominant color on her profile page. She is relatively new, only 1,100 tweets, and, at least at the moment, entirely devoted to promoting the Shenmue III Kickstarter.

Violet asked me to stop talking negatively about the Shenmue III campaign. She saw my criticism of the business practices behind the Kickstarter as an attempt on my part to actively destroy the happiness of others. Further, she feared that my criticism could spark a backlash that would cause investors like Sony to get cold feet.

Anything I said to counter her argument was met with the assertion that it didn’t matter so long as Yu Suzuki’s vision was finally to be realized. The long years since Shenmue II, she said, were fourteen years of heartache.

When I returned to Violet’s account to refer to her tweets, I saw that she had just increased her pledge in the Shenmue III Kickstarter from $300 to $500.

The Shenmue III Kickstarter and the Metroid Prime: Federation Force petition are two sides of the same ugly coin.

It is a kind of religiosity. Talking to Violet, I felt like we were living in a time of prophecy, that any deviation from orthodoxy might derail the Third Coming of Shenmue. It didn’t matter that maybe people were getting conned into paying upwards of $10,000 to pre-order a game that would eventually cost, at most, $60 retail. In fact, she seemed to exalt in the sacrifice.

She called this happiness.

As for the petitioners, they are the crusaders, enforcing some kind of orthodoxy. The hoist their banner emblazoned with Samus Aran and march in her name, burning out heresy. We’re talking about thirty years of a videogame’s history here. A legacy. Someone has to preserve it, in fire and blood. Creators be damned. Markets be damned. We’ll have the Metroid we deserve, or we’ll rain hell itself on down on you.

Let me put this another way.

The kid looks up at the man as he passes, then down at his shirt. It is a ringer tee, yellow, with the baddest of badass cobras printed on the front, ready to strike.

The peddler motions towards a wooden trunk on the ground nearby. “This is your lucky day, kid. My magic trunk here, I can fill it with whatever you want. Rubber snakes, real snakes, you name it.”

The kid thinks about this for a second.

“Yea,” says the peddler. “If you give me five bucks, I can get the trunk working its magic, filling itself up with snakes. Soon as it is ready, you’re in snake city, kid. Sound good?”

The kid narrows his eyes and his mouth winces to one side. In his mind, he’d already spent the five dollar bill in his pocket on five comic books.

That’s like all the comics in the world. Weighed against a trunk full of snakes…this is complicated math. The kid loves snakes.

“I thought you liked snakes,” says the peddler.

“Well, then this is the deal of a lifetime. Whaddaya say?”

The kid digs into his pocket, feels the sharp folds of the fiver. “OK, deal. I love snakes. Snakes are the best.”

“Hot ziggity! Fork over the cash and come back tomorrow. Snakes galore will be waiting for you.”

The kid walks off in one direction, the peddler in the other. Maybe he’s going to the toy store to buy some rubber snakes.

There’s something terrible happening in the videogame industry. It has been happening, quietly at first, for decades, but we’re reaching a point of critical mass. It is getting exponentially worse, this fandemonium.

Both these armies were created by the videogame industry – they are the end product of decades of experiments to breed the perfect consumer, unthinking, hungry and inevitably insatiable. They are passion perverted to produce the greatest purchasing power.

They will run amok. They will destroy the industry.

The Circus of Values