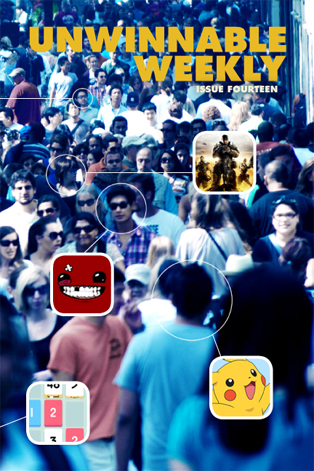 I haven’t been inside of a school in well over a decade, but there is something about this time of year that makes me think I should be. I feel the pull of Staples, tempting me to buy office supplies I don’t need (but I don’t care, I want that desk organizer and this stack of notebooks and all these pens and pant, pant, pant). I get a twinge of anxiety when I wake up in the morning – not because I feel like I am late, but because I feel like I am at the start of something. Despite being at the end of the year, September feels like the start of something.

Of course, all this is just muscle memory. I fucking hated school. Seriously. All it did was get in the way.

I am not talking about games (though, yea, who wants to go to sleep when they could be playing Castlevania or rolling the bones in Dungeons & Dragons?). No, what I mean is that school, from about fourth grade on, was consistently concerned with what I ought to be doing rather than what I was suited for doing.

This is why when I read a story like Juan Valdelomar’s in this issue, I get so pissed off. I heard plenty of permutations of the classic, dreaded administrator proclamation, “You’re not living up to your potential.”

“You could be doing so much better.”

“If only you applied yourself.”

The problem with the endless variations of this nonsense is that all a kid hears is, “You’re fucking everything up, bucko.”
I knew back then just as well as I know now that I did not need algebra, sentence diagrams, Victorian literature (fuck you twice, Jane Eyre), the ability to balance chemical equations or half a million other useless things. Not useless in essence, but entirely useless to me.

I was destined to be either a creative person slaving over words and pictures, or to pump gas for a living. I knew that when I was three feet tall, how come none of my educators did? Y’all should have spent your time teaching me to be an efficient researcher and how to balance a checkbook, then I wouldn’t have had to figure that out on my own.

I could go on, but I’ve already used my allotment of F-bombs for this week.

Instead, allow me to introduce our stories for the week.

Ian Gonzales talks to Jörg Tittel, writer of the forthcoming graphic novel Ricky Rause has a Gun about satire and cheap knock-offs. Juan Valdelomar responds to Matt Duhamel’s “An Artist’s Statement” (for way back in Issue Eight) with a statement of his own. Cassidee Moser has a personal revelation thanks to the Nintendo 3DS Street Pass. Finally, Ansh Patel ruminates on how death is not the end in Crusader Kings II.

As ever, send questions, comments and rage-filled diatribes to me at stuhorvath@unwinnable.com.

This is a reprint of the letter from the editor in Unwinnable Weekly Issue Fourteen. You can buy Issue Fourteen individually now, or purchase a one-month subscription to make sure you never miss and issue!

Letter from the Editor